HANOI (Reuters) – U.S. President Donald Trump and North Korea’s Kim Jong Un hold a second summit this week with no real expectation of a final deal on ridding the North of nuclear weapons but hope raised on Monday for an official peace on the peninsula at long last.

The two leaders are due to meet in the Vietnamese capital, Hanoi, on Wednesday and Thursday, eight months after their historic summit in Singapore, the first between a sitting U.S. president and a North Korean leader.

There they pledged to work toward the complete denuclearization of the Korean peninsula, but their vague agreement has produced few results. U.S. Democratic senators and security officials have warned Trump against cutting a deal that would do little to curb North Korea’s nuclear ambitions.

Trump, speaking in Washington on the eve of his departure for Vietnam, said he believed he saw eye to eye with Kim and that they had developed “a very, very good relationship”.

But he appeared to play down any hope of a major breakthrough, saying he would be happy as long as North Korea maintained its pause on weapons testing.

“I’m not in a rush. I don’t want to rush anybody,” Trump said. “I just don’t want testing. As long as there’s no testing, we’re happy.”

North Korea conducted its last nuclear test, its sixth, in September 2017. It last tested an intercontinental ballistic missile in November 2017.

Before the freeze, the North conducted a series of tests that it says has given it powerful nuclear bombs and missiles capable of delivering them to the U.S. mainland.

The United States has for years demanded North Korea’s complete, verifiable and irreversible denuclearization, before any concessions will be granted. North Korea denounced that stance as unilateral and “gangster like”.

But in recent days, Trump has signaled a possible softening, saying he would love to be able to remove tough sanctions if there was meaningful progress on denuclearization.

Trump said he and Kim expected to make progress at the summit and again held out the promise that denuclearization would help North Korea develop its economy.

He scoffed at critics of his handling of North Korea, and added that Chinese President Xi Jinping has been supportive of U.S. efforts. 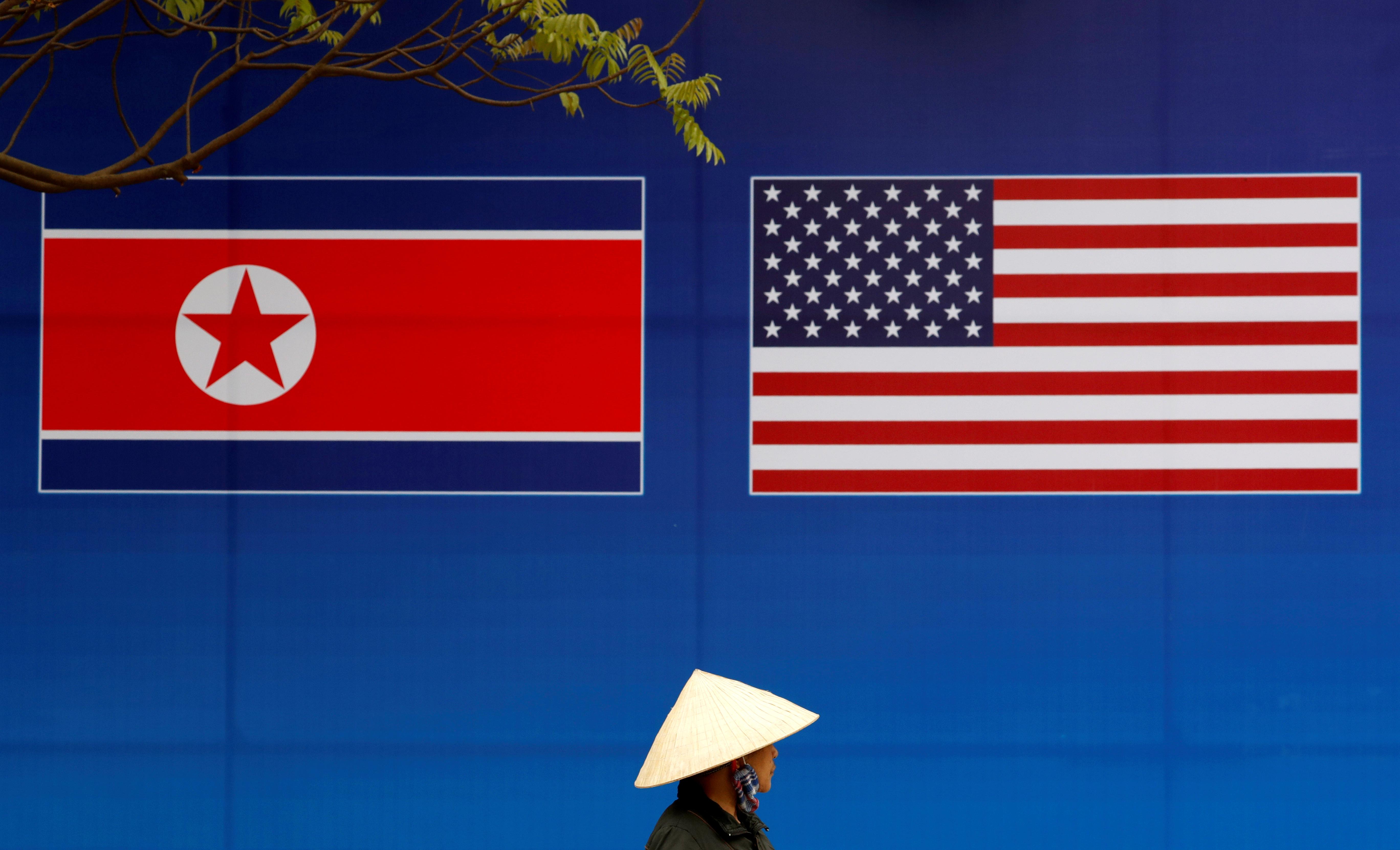 Speculation the Trump administration is open to a limited deal at the summit has raised expectations the two sides might declare an end to a technical state of hostilities that has existed on the Korean peninsula since the 1950-1953 Korean War ended with an armistice, not a truce.

A South Korean presidential spokesman told reporters in Seoul the two sides might agree to a formal end of the war, which the North has long called for as a major step towards normalizing ties.

“The possibility is there,” the spokesman, Kim Eui-kyeom told a briefing in Seoul when asked if an end-of-war declaration was on the agenda.

In return, North Korea could allow international inspectors to observe the dismantlement of its nuclear reactor at Yongbyon, analysts say.

The United States could also agree to the opening U.S.-North Korea liaison offices and to allow some inter-Korean projects, provided the North takes steps towards denuclearization.

South Korea’s President Moon Jae-in, who supports opening up to old rival North Korea, praised both Trump and Kim in comments in Seoul, and said those opposed to better ties on the peninsula, and between North Korea and the United States, should “discard such biased perspectives”. 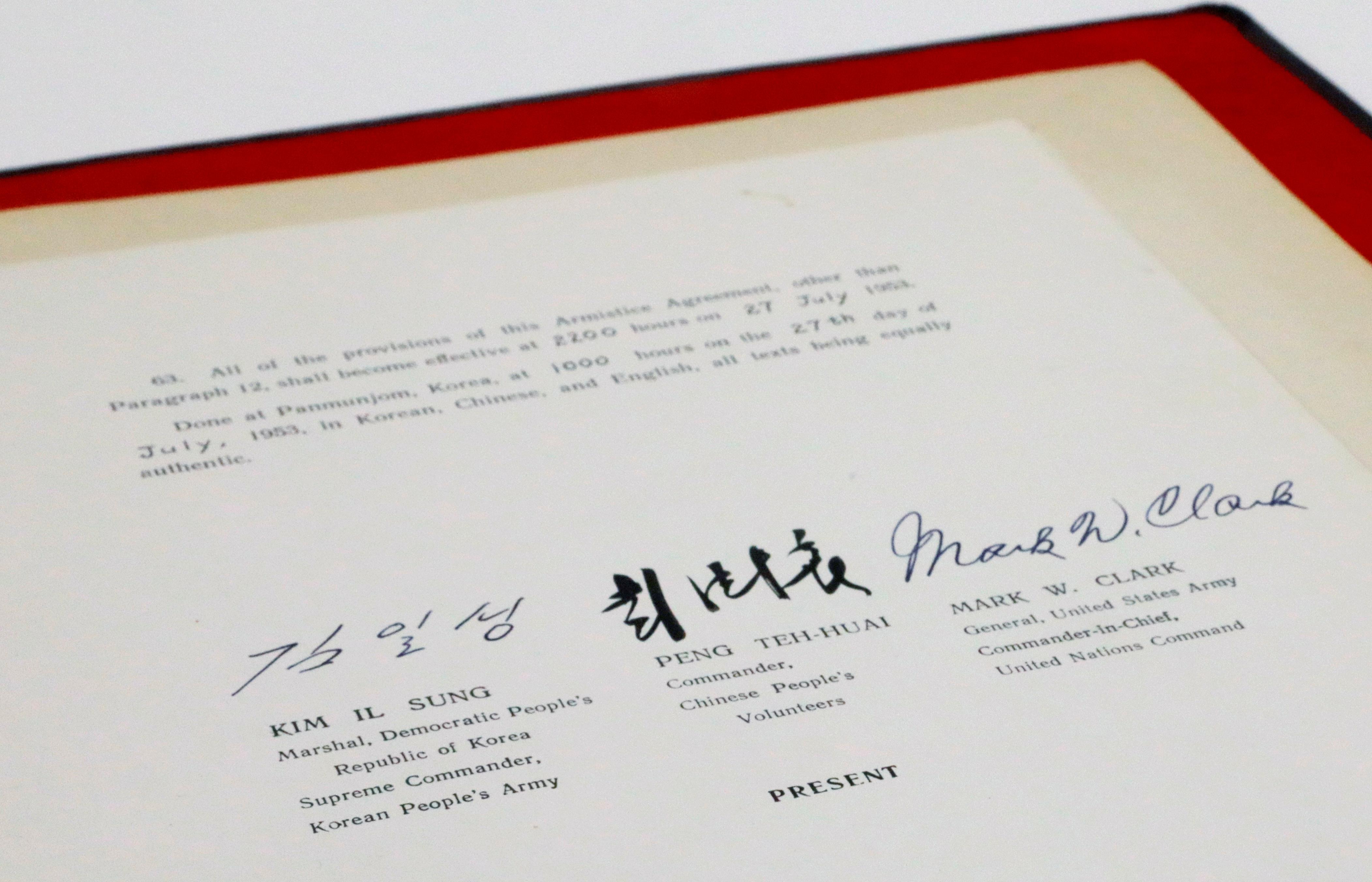 Trump will arrive in Vietnam on Tuesday evening, Vietnam’s foreign ministry said. He will meet Vietnam President Nguyen Phu Trong, who is also general secretary of the ruling Communist Party, on Wednesday morning, the ministry said.

Vietnam has released few details about arrangements for the summit including its specific venue or timing.

Kim is making his way to Vietnam by train and passed through the Chinese city of Hengyang at about 3.30 p.m. (0730 GMT), South Korea’s Yonhap news agency reported.

That means he would be due to arrive in Vietnam early on Tuesday. No official details of his travel have been released.