President Trump’s hospitalization won’t affect his re-election campaign which is continuing to work at ‘full speed’ and is set to launch a push through key battleground states in what is being dubbed ‘Operation MAGA,’ it has been reported.

A senior Trump campaign official told Fox News on Saturday that even though Bill Stepien, the campaign manager, has been infected with COVID-19, he is still at the helm of the operation as he works from home.

‘Bill is working remotely, but absolutely remains in total control of the campaign,’ the official told Fox News. 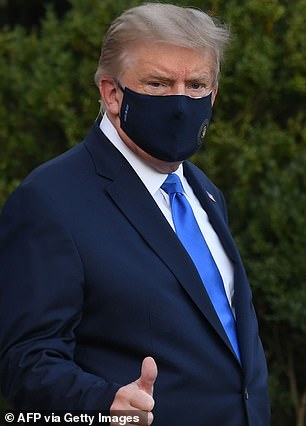 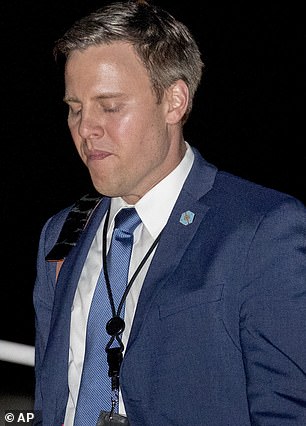 President Trump (left) remains hospitalized on Saturday with COVID-19, but his campaign manager, Bill Stepien (right), who also tested positive for the disease, continues to run re-election efforts from home, an official said on Saturday

A day after Trump was admitted to Walter Reed Medical Center in Bethesda after suffering from COVID-19 symptoms, the campaign braintrust, which includes Stepien, Clark, and senior adviser Jason Miller, held a conference call.

The three told their staffers on Saturday that their plan is to launch ‘Operation MAGA’ which entails ‘rally[ing] everybody for the last 30 days’ of the campaign.

‘Operation MAGA will fire up the entire MAGA universe to keep President Trump’s campaign at full speed until our Commander-in-Chief returns to the campaign trail,’ Stepien told Fox News.

‘Vice President Mike Pence, the First Family, our coalitions, and our grassroots supporters will be out in full force to show the real enthusiasm behind the President’s re-election and to show we’re working as hard as he always does.’

According to campaign officials, ‘Operation MAGA’, which is the acronym for ‘Make America Great Again,’ will have key Trump surrogates make their case for re-election by holding virtual events rather than in-person rallies.

After Wednesday’s debate, ‘Operation MAGA’ will resume in-person events beginning with a trip by Pence to Arizona.

‘While he is on the road, the vice president will stop in Indiana so that he can vote early in his home state,’ a campaign official said.

‘He will then continue on to other events in key states which we have yet to announce.’ 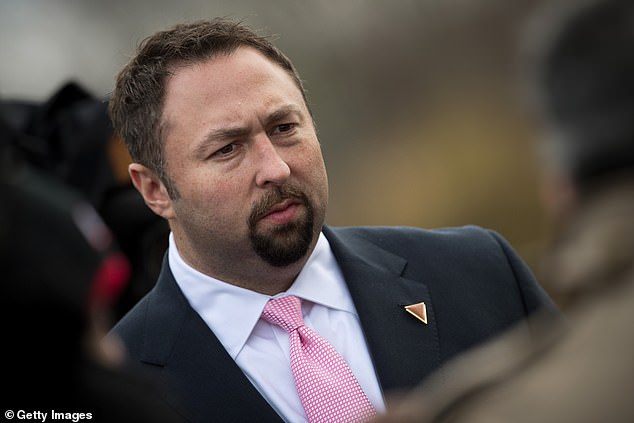 A day after Trump was admitted to Walter Reed Medical Center in Bethesda after suffering from COVID-19 symptoms, the campaign braintrust, which includes Stepien, Clark, and senior adviser Jason Miller (above), held a conference call to plan ‘Operation MAGA’

The official told Fox News that the campaign intends to take ‘every precaution for the health and safety of participants and attendees.’

The campaign has taken ‘great care’ to make sure that those who attend the events are ‘safe,’ according to the official, who added that there would be temperature checks, face coverings, and hand sanitizer available.

Stepien told Fox News that campaign heads ‘also encourage all of the President’s supporters to pick up the banner themselves by volunteering in our grassroots Army for Trump, flying their Trump flags, putting out more yard signs, and wearing their MAGA gear proudly.’

The campaign has its work cut out for it, especially after a new post-debate poll released on Sunday shows Biden ahead of Trump in the two most important swing states – Pennsylvania and Florida.

If the current polls which show Biden leading are accurate, a victory for the former vice president in either of those two states makes it all but certain that he will capture the necessary number of electoral college votes to win.

Not only is Biden winning the key battleground states, but he is also within the margin of error in GOP strongholds which Trump won overwhelmingly in 2016, including Texas, Georgia, and Alaska, according to the latest surveys.

But the most pressing issue as of Saturday evening is the uncertainty surrounding the president’s health.

White House chief of staff Mark Meadows said on Saturday that some of Trump’s vital signs from Friday were ‘very concerning’ and that the next 48 hours would be critical in his care.

That was a much more cautious assessment than Trump’s doctors gave.

Navy Commander Dr. Sean Conley said at a briefing outside a military hospital that Trump had been fever-free for 24 hours and that his symptoms, including a cough and nasal congestion, ‘are now resolving and improving.’ 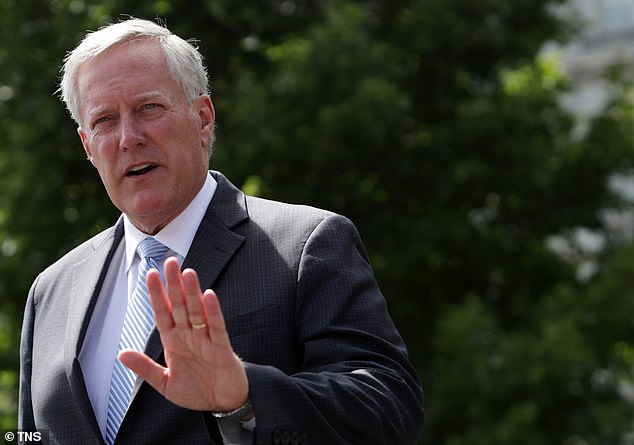 Polls show the campaign has an uphill climb while questions surrounding the president’s health continue to swirl. White House chief of staff Mark Meadows (above) gave statements about Trump’s condition that seemed to contradict comments by the president’s doctors

Trump has been treated with two experimental drugs, given through an IV, that have shown some promise against COVID-19, doctors said.

On Friday, Trump was given a single dose of a drug that Regeneron Pharmaceuticals Inc. is testing to supply antibodies to help his immune system fight the virus.

That night, he began a five-day course of remdesivir, a Gilead Sciences drug currently used for moderately and severely ill patients.

Trump also received supplemental oxygen at the White House on Friday before he was taken to Walter Reed National Military Medical Center, a person familiar with the president’s condition person revealed Saturday.

The person was not authorized to speak publicly and spoke to The Associated Press on condition of anonymity.

Conley repeatedly refused to answer whether the president had needed supplemental oxygen at any point.

Asked for the president’s vital signs, Conley failed to provide any of Trump’s temperature readings.

Those could indicate the seriousness of the president’s condition, a measurement the public didn’t get as Trump spent his first full day at Walter Reed.

Conley added that doctors aren’t sure where Trump is in the ‘disease course’ of COVID-19. Days seven to 10 typically are a time of higher concern, he said.

Shortly after Conley’s update on Saturday, Trump tweeted: ‘Doctors, Nurses and ALL at the GREAT Walter Reed Medical Center, and others from likewise incredible institutions who have joined them, are AMAZING!!!Tremendous progress has been made over the last 6 months in fighting this PLAGUE. With their help, I am feeling well!’