President Donald Trump's former personal lawyer Michael Cohen has pleaded guilty to a new federal charge and agreed to cooperate with special counsel Robert Mueller, admitting that he lied to Senate investigators about his former boss's business plans in Russia.

Cohen entered a new guilty plea in a New York courtroom on Thursday. He admitted to lying in 2017 to Senate intelligence committee members who asked about Trump's plans for a Trump Tower real estate project in Moscow. 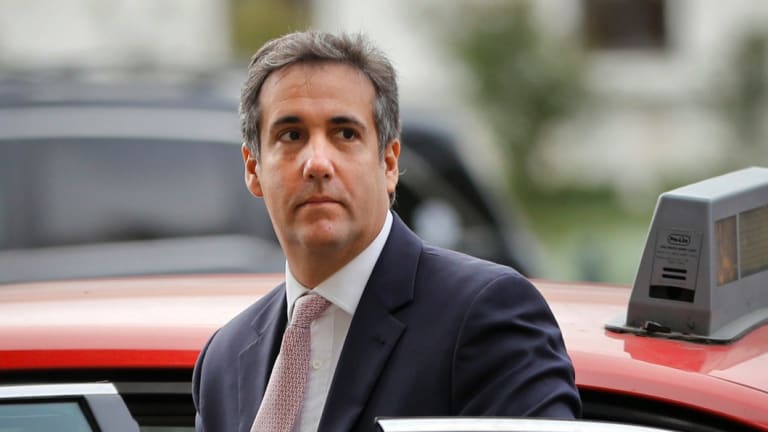 The new charge is notable because it is brought by investigators on Mueller's team, who are looking into possible collusion between the Trump campaign and Russians in the 2016 election.

Mueller had previously referred Cohen matters to federal prosecutors in New York, where he pleaded guilty to campaign finance and tax violations earlier this year, and has cooperated with Mueller without a formal cooperation agreement. He's spent dozens of hours providing testimony, a person familiar with the matter has said.

Cohen told the court he lied to Congress about Trump's Moscow tower in order to be consistent with his political positions.

He said he wasn't truthful when he said the effort to develop the project ended in January 2016. That's when Trump was repeatedly disavowing commercial ties between himself and Russia and claiming that all contact between his company and Russia had terminated.

"I knew at the time… that I asserted that all efforts had ceased in January 2016, when in fact they continued until June 2016," Cohen said. "In fact [I] had more extensive communications."

"In fact, I took steps to and had discussions with Individual 1 about travel to Russia," he said, referring to Trump.

Cohen has been scheduled to be sentenced in the earlier matter on December 12. His lawyers asked the court to consolidate Thursday's case with that and for the sentencing to proceed on schedule.

It's a blow to Trump, who has escalated his attacks on the probe he calls a "witch hunt". Mueller is investigating Russia's interference in the 2016 election, whether anyone close to Trump colluded in it and whether the President has sought to obstruct justice.

Trump continued bashing the Mueller probe on Thursday, writing on Twitter: "When will this illegal Joseph McCarthy style Witch Hunt, one that has shattered so many innocent lives, ever end-or will it just go on forever?"