Atlanta, Georgia: If Donald Trump scores a second upset election victory next week, how will it happen?

Although you wouldn't know it from the President's hectic cross-country campaign schedule, Trump's most likely pathway to 270 Electoral College votes is coming into focus as election day approaches. As happened in 2016, he needs to out-perform the polls – which show Biden significantly ahead – and for luck to be on his side. 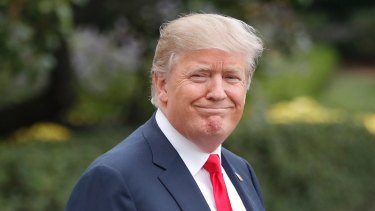 Don’t write him off: US President Donald Trump. Credit:AP

In this scenario, Biden is sitting on 232 electoral votes and Trump on 231 with four states still up for grabs.

Let's award Biden the Midwestern states of Wisconsin and Michigan, where Trump eked out extremely slender victories in 2016 (margins of just 0.7 and 0.8 percentage points). Biden currently leads by an average of 6.4 points in Wisconsin and 8.6 points in Michigan according to RealClearPolitics. Even with a big polling error, he'd still be likely to carry these states.

But then comes Florida, the perennial drama queen of American politics. For Trump to win the election it's essential for him to win Florida, which he now considers his home state. 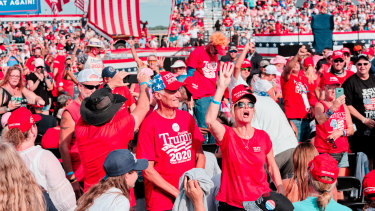 Big crowds have gathered for Trump campaign rallies in Florida, a state the President needs to win. Credit:Bloomberg

In four of the past five presidential elections the state has been decided by less than two percentage points. Although Florida is always close, Republicans have a slight advantage in the Sunshine State. In 2018 the Democrats' "blue wave" did not extend to Florida, where Republicans won races for governor and the Senate. Trump now leads Biden in the RealClearPolitics Florida average by 0.4 per cent – the first time he has done so in the campaign. Let's award him victory there.

Trump is now in the lead with 260 electoral votes and just one state remaining: Pennsylvania. If any state in the country is giving Democrats' heart palpitations it's this one. Pennsylvania carries 20 electoral college votes, which makes it a big prize. Biden leads there by an average of 3.8 points – not nearly as imposing a margin as in Wisconsin and Michigan. And there's been a lack of high quality polling from there in recent days.

Trump has visited Pennsylvania multiple times over the past fortnight; this week he held three rallies there in a single day. His strategy is to run up huge margins in the state's rural areas in order to compensate for the expected Democratic gains in cities and suburbs.

Biden helped him in this quest during the last presidential debate by saying he wanted to transition away from the oil industry. Pennsylvania is currently in the middle of a fracking boom, and the Trump campaign is flooding the state with advertising portraying Biden as a job-destroying opponent of fossil fuels.

Assume there's some late movement towards Trump and the polls are slightly off. Then factor in that a small but important chunk of Democratic mail-in ballots are rejected because they arrived too late or contained errors. Trump takes Pennsylvania and the presidency with 280 electoral votes.

While we're having fun, let's consider one other scenario. Assume all the above holds true but with one difference. Biden picks up Arizona, a state where he leads in the polls and Democrats feel optimistic. 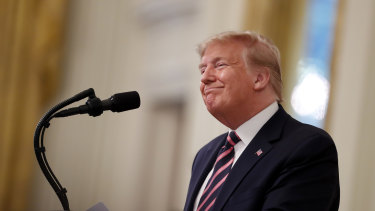 The delegations that would vote will reflect the outcome of next week's congressional races.

If the Republican state delegation advantage remains the case after election day then Trump would probably emerge the winner.

It's not the most likely scenario to be sure. But given the unpredictability of 2020, it's not one you can rule out.