In some cases, officials have also confiscated and searched phones in a bid to put pressure on men to ‘confess’ to homosexual activity, according to Human Rights Watch.

Prosecutors then use the information to pursue even consenting partners for homosexual acts under Tunisia’s harsh sodomy laws which can result in jail terms of up to three years, the rights group said. 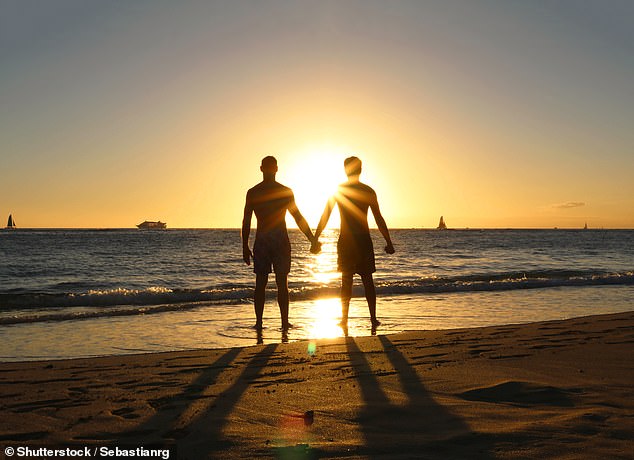 Activists said they spoke to six men prosecuted in 2017 and 2018 over consensual same-sex conduct under article 230 of the penal code.

They said cases involved allegations of mistreatment in police custody, forced confessions and denial of access to legal counsel.

Two were prosecuted after going to police to report being raped, the claimed. Others said they spent months in prison while three fled from Tunisia and applied for asylum in Europe.

One man, a 32-year-old engineer, entered a police station in Monastir in June 2018 to file a complaint of gang rape, and to get an order for a medical examination of his injuries, the rights group said.

Activists said prosecutors have relied on such examinations to seek ‘evidence’ of sodomy – despite the checks being ‘unreliable’, ‘cruel’ and ‘degrading’.

But Human Rights Watch questioned the credibility of the country’s stance and urged Tunisia to abandon the examinations altogether.

It also called on government officials to rush through proposed changes in legislation that could see the abolition of article 230.