The Turkish president said he expected his relationship with the US President would shield him from economic punishment. It comes after Mr Erdogan claimed the deal to purchase Russian-built S-400 missile systems was finally completed. It was a move that may provoke the Trump administration to take action against the country – and exemplified Erdogan as a political maverick.

Meeting foreign media for the first time in years, the Turkish president said: “I say this very openly and sincerely, our relations with Trump are at a place that I can call really good.

“Therefore, I do not believe there will be any sanctions.

“In the event of any issues, we immediately work the phones.

“The US has to think about this very carefully. We will have sanctions of our own.” 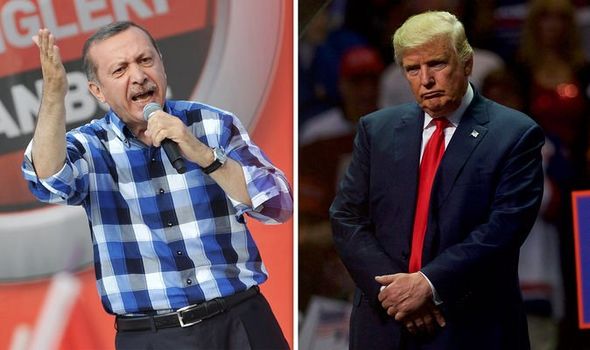 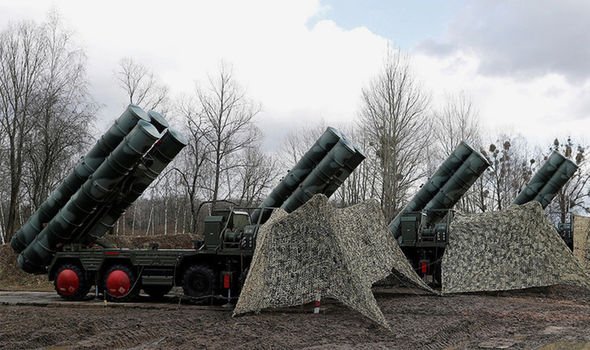 Last week Turkey fired a warning shot at Washington stating that they would immediately reciprocate any sanctions that the US placed on them.

The two will meet at the G-20 summit at the end of the month, where Trump will attempt to quell rising tensions in the Middle East and beyond.

Erdogan already has a plan for the upcoming discussions – to convince Washington of Turkey’s strategic importance as an ally.

He added: “We will of course say: ‘Do you find such sanctions against Turkey acceptable?’

“I do believe he will say he does not. I will ask him to do what is necessary.

Turkey decided to purchase Russia’s S-400 missiles instead of American patriot jets in 2017 – and Moscow is set to deliver the goods by next month.

The US is concerned that any F-35s they sell could be exposed to subterfuge by the Russians.

In addition, the Russian system is allegedly incompatible with NATO systems. 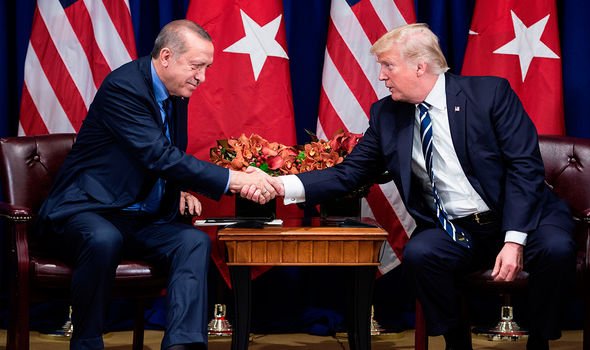 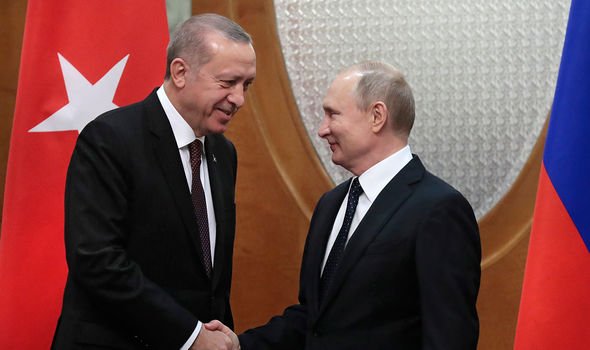 While Erdogan has enjoyed strong relations with his American counterpart, US officials have taken a strong stance on the S-400 purchase.

Chief arms buyer Ellen Lord said: “We have bifurcated the S-400 and F-35 impact from (the) impact to the rest of our defence and commercial industry.

“It would be very, very significant for Turkey.”

Turkey is a valuable ally for both Russia and the US, due to its geopolitical position between Europe and the Middle East – as well as its individual power.

The S-400 missile purchase will be seen as a win for President Vladimir Putin, and a sign that Ankara is moving closer to Moscow.