Shocking CCTV shows moment robbers, 31 and 41, smashed clubber on the head with a bottle before stealing his phone as they are both jailed for six-and-a-half years

This CCTV footage shows how two robbers ruthlessly attacked a man as he walked home after a night out.

James Donohoe and Graeme Chappell followed their victim as he walked home from Sunderland city centre in the early hours of December 29 last year.

The 32-year-old victim was then hit over the head with a bottle before the raiders stole his mobile phone, cash and a vape – leaving him lying in the street with cuts to his head and bruises. 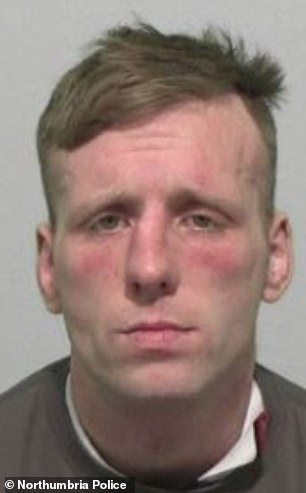 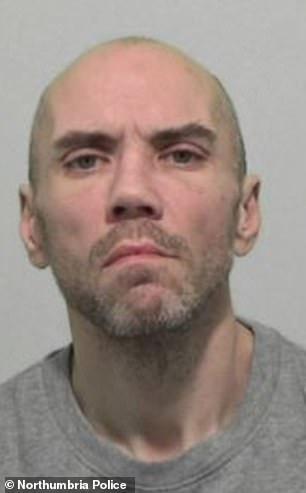 James Donohoe, left, and Graeme Chappell, right followed their victim as he walked home from Sunderland city centre in the early hours of December 29 last year 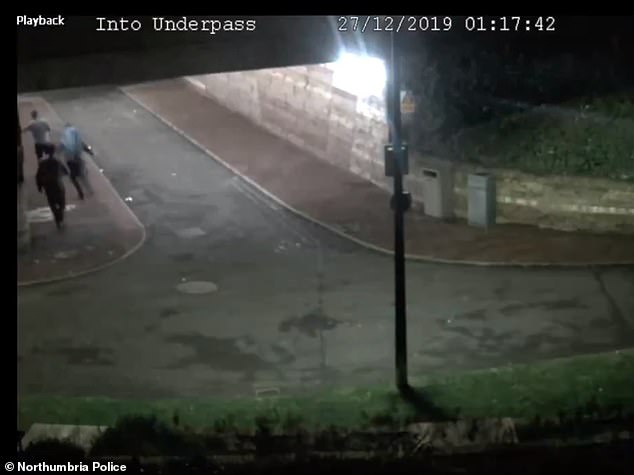 The victim was attacked with a bottle before being kicked and punched by the assailants who stole his mobile phone, cash and personal belongings

The pair’s appalling attack was captured on CCTV and the pair were seen walking brazenly from the scene shortly after.

But both men are now behind bars after being convicted of robbery and assault occasioning actual bodily harm at Newcastle Crown Court.

On Monday, both defendants were sentenced to six-and-a-half years in jail.

Detective Constable Leigh Booth, who led the investigation for Northumbria Police, said: ‘This was a callous and pre-meditated attack as the pair saw their victim near a nightclub and then proceeded to follow him home.

‘Knowing he was defenceless and outnumbered, they then hit him over the head with a glass bottle before raining down kicks and punches upon him.

‘After swiping his mobile phone, cash and personal belongings, they then left their vulnerable victim lying in the street in the middle of the night and brazenly walked off.

‘There behaviour is absolutely inexcusable and violent crimes such as this will not be tolerated in this city. I am pleased that the severity of their crimes have been recognised with this substantial jail sentence.

‘I hope this strong sentence sends a message to other would-be offenders who look to prey on the vulnerable – you will be caught, you will be hauled into court and you will be put behind bars.

‘I would like to thank the victim in this case for his bravery and cooperation throughout the investigation, and hope this outcome can offer some comfort to him.’

Donohoe, 31, of Ennerdale, Washington, and Chappell, 41, of Sunderland, both refused to cooperate with police in interview.

However, with the weight of evidence against them overwhelming, both admitted their role in the offence in court and were subsequently jailed.

In a statement, the victim said: ‘This incident has caused me anxiety and I no longer walk home in the dark on a night. Nobody has the right to do this to me.’