Two men have been killed in a horror smash after their car slammed into a Mitsubishi driven by a man in his 60s in Greater Manchester.

Police were called to Bolton Road, Swinton, at 6.55am by the ambulance service.

The two men, aged in their 30s and 40s, were declared dead at the scene as a result of their injuries. They had been driving a Renault Megane.

The man in his 60s has been taken to hospital with serious injuries. He remains there in a stable condition. 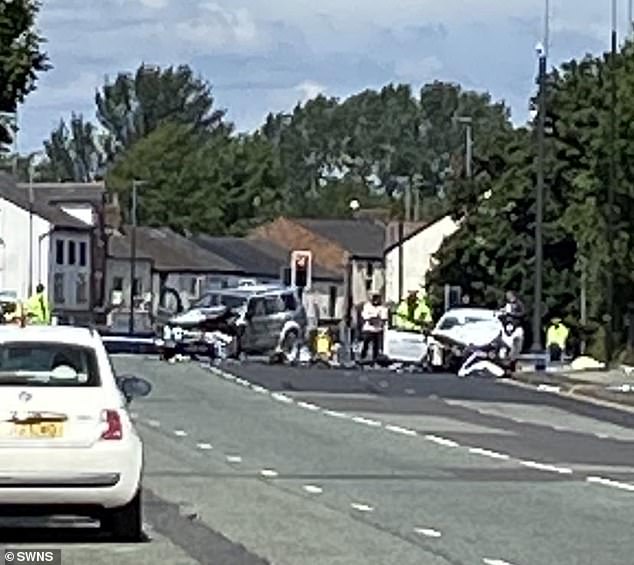 Emergency services remained at the scene this afternoon as they launched an investigation.

A smashed 4×4 and taxi has also been spotted at the scene lying behind police tape.

A spokesman for Greater Manchester Police said no arrests had been made.

PC Karl Horner, from GMP’s Serious Collision Investigation Unit, said: ‘This is an absolutely tragic incident, in which two people have very sadly lost their lives.

‘Our thoughts are with their families at this unimaginably distressing and difficult time.

‘Our thoughts also remain with the man who is receiving treatment in hospital – we hope he makes a recovery as soon as is possible. 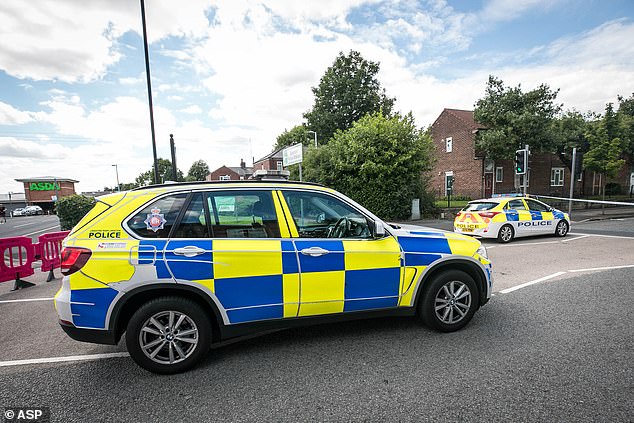 The crash between a Renault Megane and Mitsubishi happened before 6.55am today 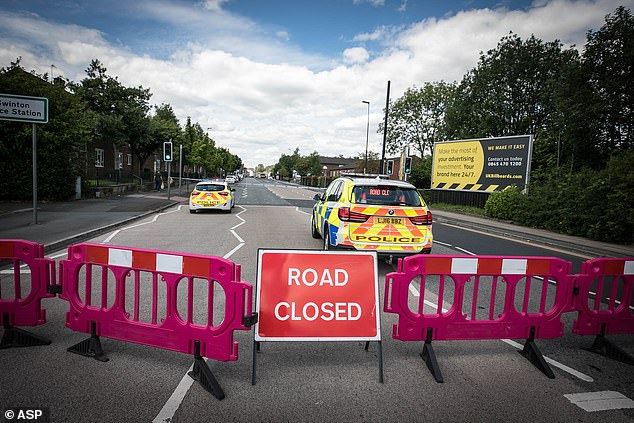 ‘We have specially trained officers supporting those family members who have been affected.

‘We hope we can provide a measure of comfort to the distraught family members, by meticulously investigating the circumstances that led to two people losing their lives this morning.’

He added: ‘I would appeal directly to anyone who saw either vehicle in the lead up to the incident – do you have dash cam footage or any information that could assist us?

‘I would urge you to get in touch as soon as possible, so we can further progress our investigation.’