Two primary schools were placed on lockdown this afternoon over reports of a man with ‘a bladed weapon’ wandering the grounds.

Students were reportedly ordered to hide under their desks while teacher were told to remain inside classrooms as armed police were called.

Armed officers swooped on Joyce Avenue, Burslem, Staffordshire, after a member of the public reported seeing a knifeman at around noon.

Haywood Academy, in High Lane, was placed in lockdown as a result, with the school also sending a text to parents. 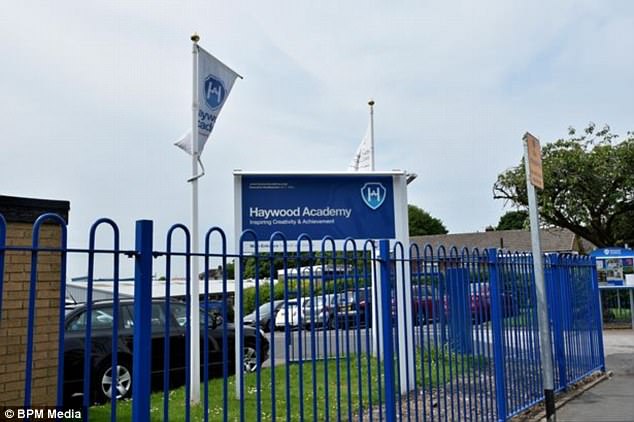 Armed officers swooped near Haywood Academy, in High Lane over reports of an armed man

Forty minutes later, pupils, teachers and staff at Mill Hill Primary Academy, four miles away in Tunstall, were ordered to stay in their classrooms while police searched the area at around 1.40pm.

A man was later escorted off the premises before heading off in the direction of Tunstall Park.

A Staffordshire Police spokesman said: ‘At around 12pm today we received a call from a member of the public reporting that they had seen a man carrying, what appeared to be, a bladed weapon on Joyce Avenue in Burslem.

‘Because of the information received, armed officers were deployed to the area to conduct a search.

‘Staff at nearby Haywood Academy were made aware of the search by a local PCSO.

‘An extensive search of the area was carried out. No armed man was found and the armed officers were stood down.’

It is not clear whether the two incidents were connected at this stage but police are looking into the possibility as part of their inquiries.

No-one from Mill Hill Primary Academy, in Sunnyside Road, was available but in a text sent to parents at 2.07pm the school said: ‘Please be assured that all classes are back to normal following a need to go into a short lockdown. All children are fine.’ 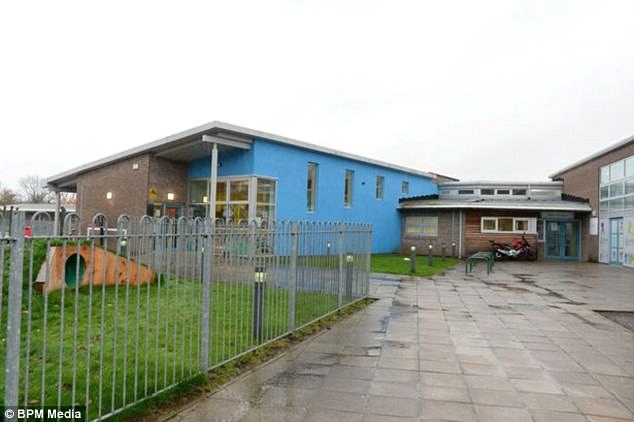 A Staffordshire Police spokesman said: ‘We were called at around 1.40pm today (May 24) following reports of a man walking around the grounds of Mill Hill Primary Academy on Sunnyside Avenue, Tunstall.

‘The school put itself in lockdown and the man was escorted off the premises by the site supervisor. The man made off in the direction of Tunstall Park.

‘We are looking at the possibility of whether this was the same man connected with the Haywood Academy incident.’

A Haywood Academy spokesman said the school had been placed on lockdown for around 45 minutes after being contacted by the police.

The spokesman said: ‘Today, at approximately 1pm, police advised Haywood Academy to initiate lockdown procedures. The police explained that they were pursuing a suspect in the area, so as a precaution advised a lockdown.

‘All students and staff were safe at all times.’