Two teachers are suspended after forgetting to log out of Zoom

Two San Francisco teachers have been suspended after being caught bad-mouthing their students when they forgot to log out of a Zoom class.

One of the teachers was named by an irate parent who recorded the rant as Dan Gaines. The other, a woman, has not been identified but both have been suspended from Bethel High School in Vallejo.

The pair had just led an at-distance English class when they forgot to log off the call. 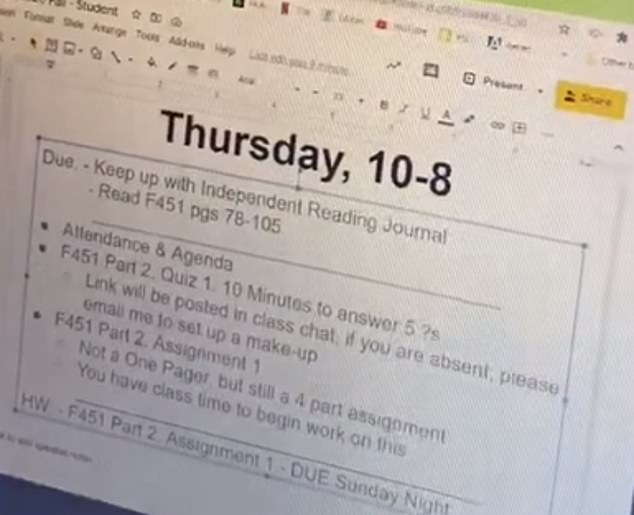 ‘It’s so frustrating to know…these kids are technologically illiterate,’ he said. He then mockingly put on the voice of a student complaining that they didn’t know how to submit work electronically.

The female teacher replied: ‘Older staff members will say these kids are so technologically advanced…and I’m like no they’re f****** not… no they’re not.’

The man replied: ‘The things that impress them are so sad.

‘Oh, you’re impressed that a kid can record a Tik Tok… it’s literally one button.’

Later, he complained that some kids didn’t know howto edit movies in iMovie but they can all add puppy ears on their Insta films…’

Gaines replied: ‘Oh I smell bells right now. I smell those bells like a nuc [sic]’.

Others were still on the call and tried telling the pair that they were being listened to in the comments section, but they did not notice.

The school district released a statement saying both had been suspended.

‘We will evaluate our policies and procedures for online instruction, and will address any specific complaints regarding the appropriate conduct of our faculty and staff.

‘We regret that any students were offended by this incident, and we will work carefully to resolve this matter.’ 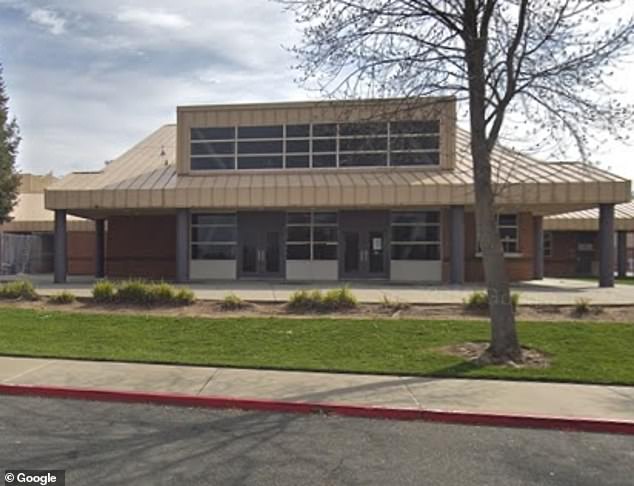 The teachers have both been suspended from Bethel High School in Vallejo.