A top scientist and SAGE expert has today said two-week circuit-breaker lockdowns around school holidays could help disrupt the spread of coronavirus ahead of a vaccine.

Professor Graham Medley of the London School of Hygiene and Tropical Medicine, who is on the government’s Scientific Advisory Group for Emergencies (SAGE) committee, said the lockdowns would best be imposed around school holidays – to minimise the impact on children.

He said the upcoming October half-term, the Christmas holiday, and next year’s February break could all be used as dates to base the circuit-breaker lockdowns around.

But he stopped short of backing the mini-lockdowns, which he said were simply proposals.

He told BBC Radio 4’s Today programme: ‘So the basic idea, and it is an idea, people say I’m calling for it, but we are not calling for it, it’s work between myself and Professor Matt Keeling and his team, is a proposal.

‘It’s a way of reducing prevalence and having some control over the virus without having to go into severe restrictions before you have to. 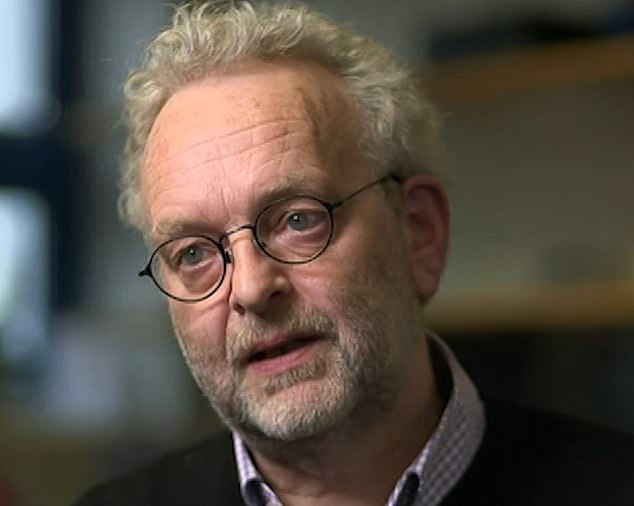 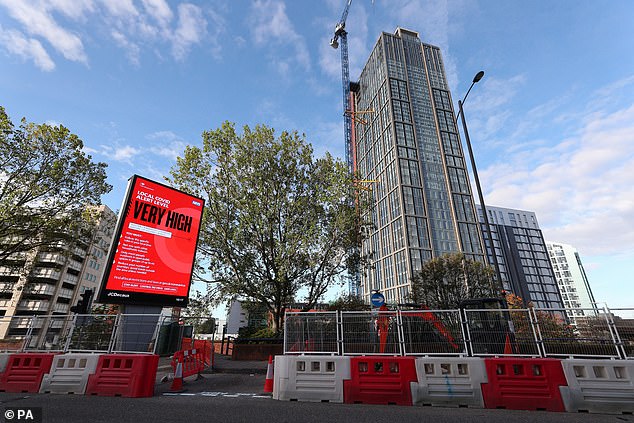 ‘Potentially if you can do it half-term, can do it around Christmas holidays and February half term.’

Asked how long the circuit-breaker lockdowns would have to be, he told BBC Radio Four: ‘Well a week isn’t long enough, because it takes somebody infected a day before you go into that break, who will still be infected before you come back, so it would need to be two weeks.’

‘People have said it is kicking the can down the road, but treatment is getting better and there is a prospect of a vaccine and a low prevalence is effective because it makes everything in the system work better.’

Professor Medley also warned some parts of the country were heading back to where the country was in March – when national lockdown measures were introduced.

He said: ‘All the evidence is that prevalence is increasing and we are going into a situation where the focus is very much going back on to hospitals and health care.

‘Within a couple of weeks some areas are going to be back to the position they were at the end of March beginning of February.

‘So we are struggling at the moment to understand how we are balancing that imperative of having to prevent healthcare being completely overwhelmed and yet how to mitigate against the damage caused by the prevention, which of cause is huge.’

It comes as a senior government official last night said coronavirus ‘circuit breakers’ should be pencilled in around the school holidays.

Three weeks ago the Sage group of scientists advising ministers recommended a short lockdown to halt the rise in Covid-19 cases, which the Government chose not to follow.

But yesterday the senior government adviser argued for a ‘whole series’ of circuit breakers planned around when schools break up.

The idea is aimed at causing minimum disruption to schoolchildren while allowing families to plan ahead – although the cost of a temporary lockdown to the economy has been estimated at £2billion a day.

The expert, who did not want to be named, said: ‘One of the things we think would be good would be to plan to have a whole series of these, probably placed around the school holidays so that they didn’t disrupt education – or perhaps add a week to existing holidays. 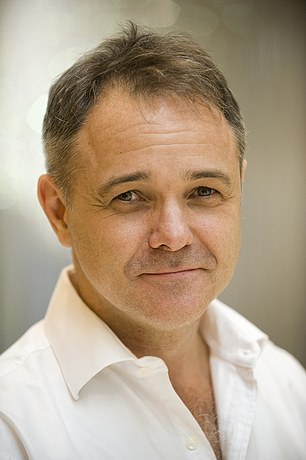 It comes as fellow SAGE member, Professor Jeremy Farrar, said the current base level of restrictions, which includes a 10pm curfew, were the ‘worst of all worlds’ as they inflicted economic damage while not going far enough to suppress the virus

‘Tell people they’re coming, so everybody can plan for them. And then if you don’t need them well fine, we’ll cancel them. It seems to us that one of the damages of lockdown is that they arrived right out of the blue.

‘Now obviously, you would need to make sure people didn’t all have massive parties the week before the circuit break came into being.’

It comes as fellow SAGE member, Professor Jeremy Farrar, said the current base level of restrictions, which includes a 10pm curfew, were the ‘worst of all worlds’ as they inflicted economic damage while not going far enough to suppress the virus.

The director of the Wellcome Trust told the BBC’s Newscast podcast a short ‘circuit-break’ should have been introduced in September and implored ministers to ‘act’ as soon as possible.

He added that national restrictions were a better option – and making the row over the three-tier system a north-south or party political issue was ‘a very dangerous route’.

Professor Farrar also said that countries had controlled Covid-19 well so far such as South Korea and New Zealand had a ‘national consensus about the way forward’.

He added: ‘I think we’ve got to come together as a country, this fragmentation, and frankly making this either a north-south or a party political issue, that’s a very dangerous route to go on.

‘What we don’t want now is a fragmentation or confusion – one area or region or city pitched against another. I think that would be very, very damaging to public health and the country’s ability to respond.’