(Reuters) – Saudi Arabia and the United Arab Emirates (UAE) have looked inseparable on the world stage, working together to project power in the Middle East and beyond, and courting U.S. President Donald Trump to counter common foe Iran. 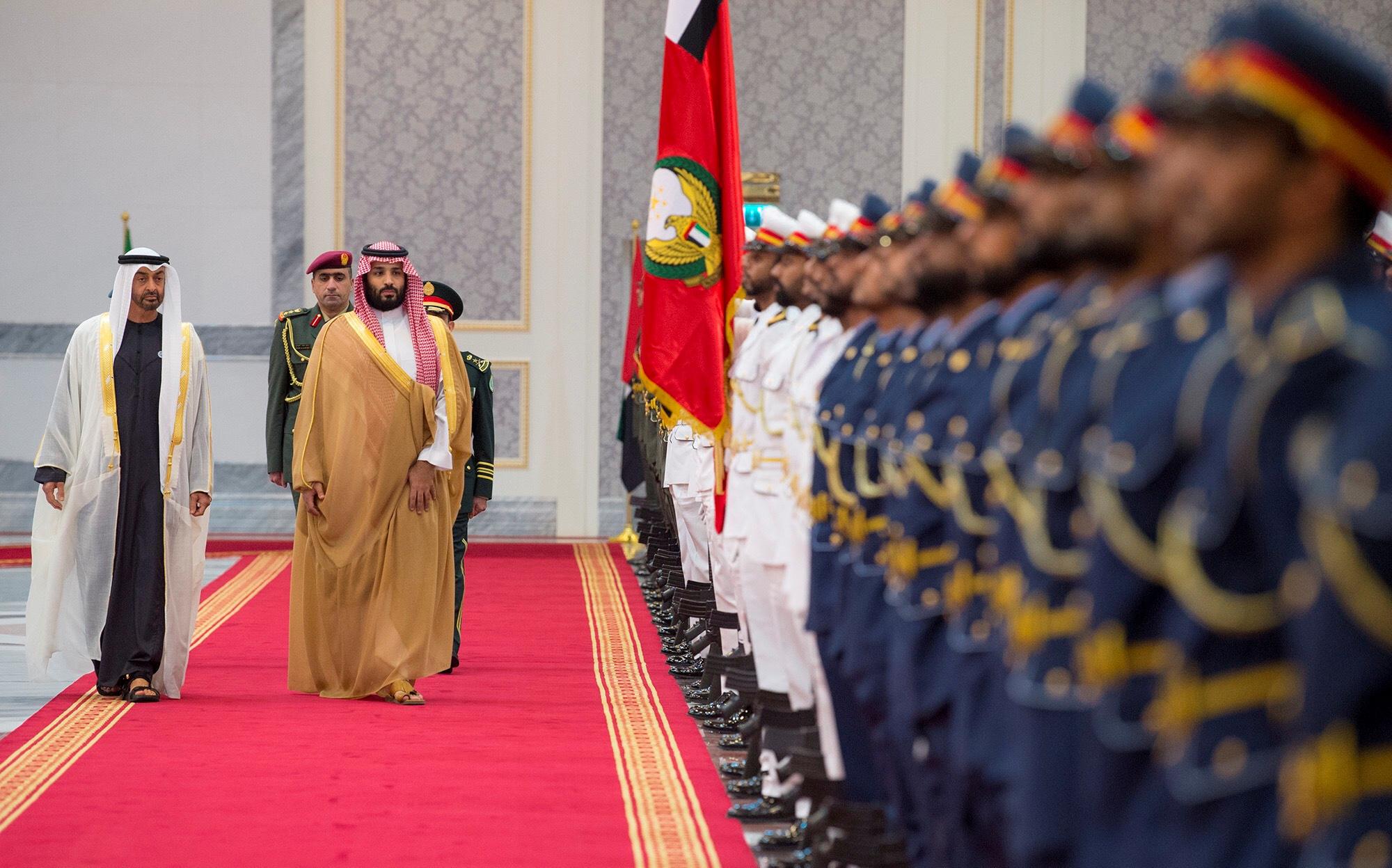 From Egypt to Sudan and the Horn of Africa, the two Gulf monarchies have coordinated their use of financial clout and — in Yemen — military force to redraw the region’s political landscape to their advantage.

But this month, at his Mecca palace, Saudi King Salman took the unusual step of expressing “extreme irritation” with the UAE, his closest Arab partner, according to sources familiar with the matter.

The comment appears to be evidence of a fissure in the alliance, which is led in practice by the king’s son, Crown Prince Mohammed bin Salman (MbS), and the UAE de facto ruler Sheikh Mohammed bin Zayed al-Nahyan (MbZ).

A loosening of UAE-Saudi ties has implications far beyond bilateral ties. A rift could undermine Trump’s “maximum pressure” push against Tehran, damage Israeli-Palestinian peace efforts, and reverberate in other theaters of conflict, so extensive has the two partners’ influence been in a region critical to world oil supplies.

The immediate source of strain is Yemen’s ruinous war. Friction had been growing for months over the conflict, which was initially expected to last a few weeks but has dragged on for years and killed tens of thousands with no end in sight.

A wider cause is the UAE’s apparent decision to pivot towards narrower national interests, casting itself as the more mature partner that can stabilize the region, even if it means cutting losses and moving on without Riyadh.

The UAE also appears keen to salvage its image in Washington, where the murder of Saudi journalist Jamal Khashoggi deepened worries that the kingdom’s foreign policy was growing impulsive and interventionist.

“The UAE wants to be seen as the small country that facilitates peace and stability rather than an appendage to a triumphant expansionist Saudi,” said a source familiar with the government’s thinking.

“It is in a way (putting) their interests first, because they think if you have an expansionist Saudi, it’s going to engulf them,” the source added.

The king’s annoyance was voiced in a conversation on Aug. 11 with President Abd-Rabbu Mansour Hadi, head of Yemen’s Saudi-backed government, according to two Yemeni sources and one other briefed on the meeting.

Hadi’s forces in Aden had just been routed by troops supported by the UAE, as nominal allies in the country’s south turned on each other in a power struggle.

Asked for comment, a Saudi official described that account as false and said: “Saudi Arabia and the UAE remain strategically aligned on the sources of instability in the Middle East and cooperate very closely to counter a wide array of security threats in the region and beyond. Bilateral relations between the two nations are unshakable.”

UAE authorities did not respond to questions about the remark. A UAE official earlier told Reuters both countries were “completely aligned” on Yemen and that with Iran, de-escalation was the only way forward.

Any divisions may worry the White House, which has invested much of its Middle East policy in the pair. The Saudi deputy defense minister is meeting the U.S. secretary of state in Washington on Wednesday.

A U.S. official said talks would focus on Yemen and include a push for Riyadh to mend fences with the UAE.

The White House did not immediately respond to a request for comment.

Strains grew acute this summer over Yemen, after months of unease on other issues. When MbS and MbZ went to war in 2015 against Yemen’s Iran-aligned Houthi rebels and later imposed a boycott on Qatar, supporters hailed a new era of decisive action in a region more accustomed to time-consuming conciliation.

The two men also waded into conflicts in Egypt, Sudan and Libya. They sought to contain Iran and Islamists seen as threatening their dynastic rule following the 2011 Arab Spring.

But as Riyadh flexed muscles by cutting ties with Canada, briefly detaining Lebanon’s prime minister, and aggravating relations with Jordan and Morocco, the UAE saw its carefully crafted image as a stabilizing force imperiled by association.

Then, in June, the UAE scaled down its military presence in Yemen, saddling Riyadh with an unpopular war it had launched to neutralize the Houthis and prevent Iran from consolidating influence along the border.

A senior Emirati official said the move was a natural progression due to a U.N.-sponsored peace deal in the western port of Hodeidah.

But some diplomats say the UAE accepted there was no military solution, were sensitive to criticism of the humanitarian disaster and coalition air strikes that have killed civilians, and that rising Iran tensions precipitated the decision.

“It was not perceived in a positive way. The Saudis felt abandoned,” said a Western diplomat. Abu Dhabi says the move was coordinated with Riyadh in advance and reflected realities on the ground as the U.N. moved to pave the way for peace talks.

Another diplomat said the relationship was fracturing: “Their strategic interests are similar but don’t quite match.”

The UAE also downplayed divisions after separatists it backs seized Aden, interim seat of Hadi’s government, this month, but did not ask them to cede control and criticized Hadi’s government as “weak” and “ineffective”.

The Sunni Muslim Arab powers also appear divergent over Shi’ite foe Iran. They both pushed for a stronger U.S. stand against Tehran’s regional activities and missile capabilities, but the UAE struck a softer tone after tanker explosions in Gulf waters that Washington and Riyadh blamed on Iran.

Iran denies involvement, but some in the Gulf fear a direct confrontation that could endanger the UAE and its economy. The UAE, having built its reputation as a business haven, is more vulnerable than Saudi Arabia, the world’s largest oil exporter, and sees itself as a regional stabilizer.

One source said it is hedging its bets as a small power: The UAE’s commercial hub Dubai has strong Iran trade ties.

“The honeymoon (with Saudi Arabia) is over,” said another source, pointing to Abu Dhabi’s recent overtures to Iran, including maritime security talks revived last month.

A Gulf source said the alliance was “very much alive and well” in terms of combating regional threats like Iran and Islamists, but acknowledged a rebalancing as situations evolved.

One of those situations may involve Iran’s role in Yemen: As Washington builds a maritime coalition to secure Gulf waters, Iran could stoke tensions through the Houthis to pressure Saudi Arabia and avoid risking a tanker war like that of the 1980s.

“They are broadly strategically aligned. There are more similarities than differences, but we will start to see divergences,” said one diplomat.