The Met Office, which is the UK’s national weather service, has imposed a yellow warning in relation to thunderstorms across much of the eastern half of England and Scotland, including London. A statement carried on the Met Office’s website said: “Most places will stay dry, but heavy showers and thunderstorms may cause some flooding and disruption to travel. “There is a small chance that homes and businesses could be flooded quickly, with damage to some buildings from floodwater, lightning strikes, hail or strong winds.” 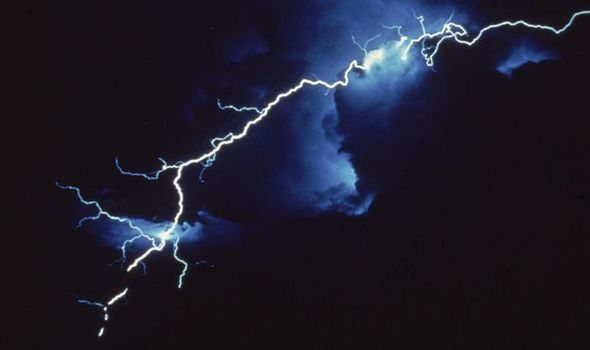 “Where flooding or lightning strikes occur, there is a chance of delays and some cancellations to train and bus services.

“There is a slight chance that power cuts could occur and other services to some homes and businesses could be lost. 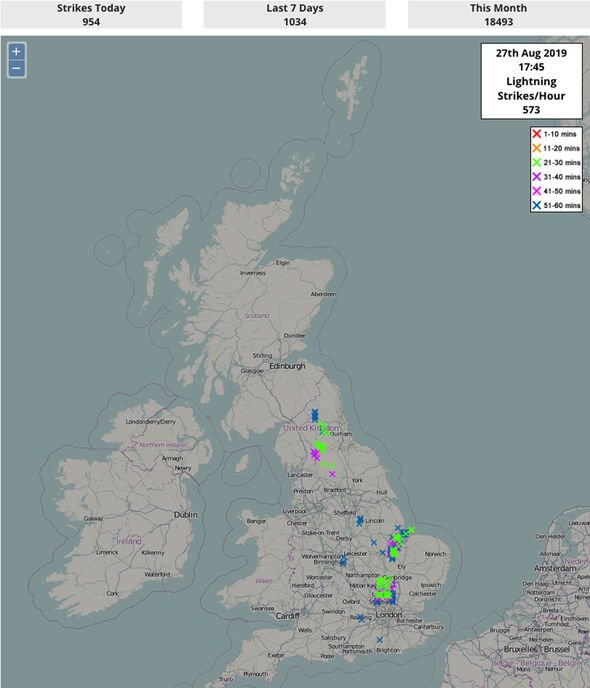 “Spray and sudden flooding could lead to difficult driving conditions and some road closures.”

The Met Office’s official Twitter account has posted: “#Thunderstorms are currently developing across the Midlands, East Anglia and Yorkshire.”

According to the Netweather.tv website, there have so far been 954 lightning strikes in the UK today, as of 5.45pm.

SCROLL DOWN FOR UPDATES 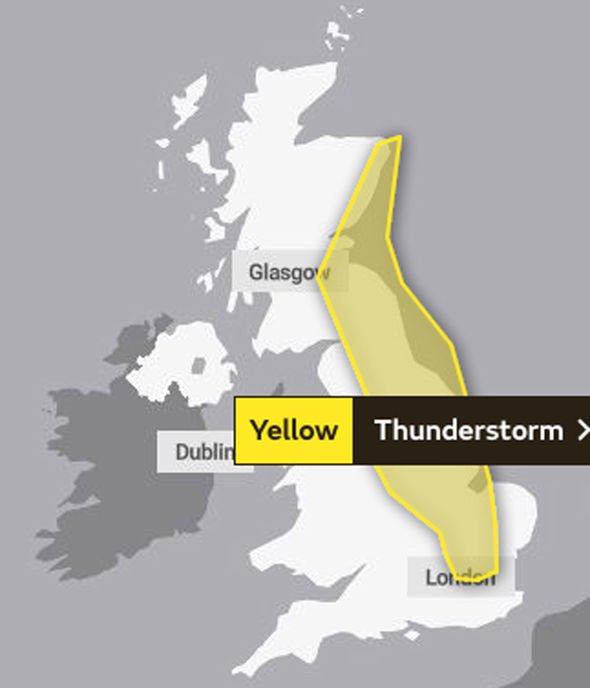 The Metcheck website has illustrated clusters of lightning strikes over large areas of East Anglia, including Cambridge.

A heatmap shows dozens of strikes over the city, as well as clusters of others to the north-east and out into the North Sea. 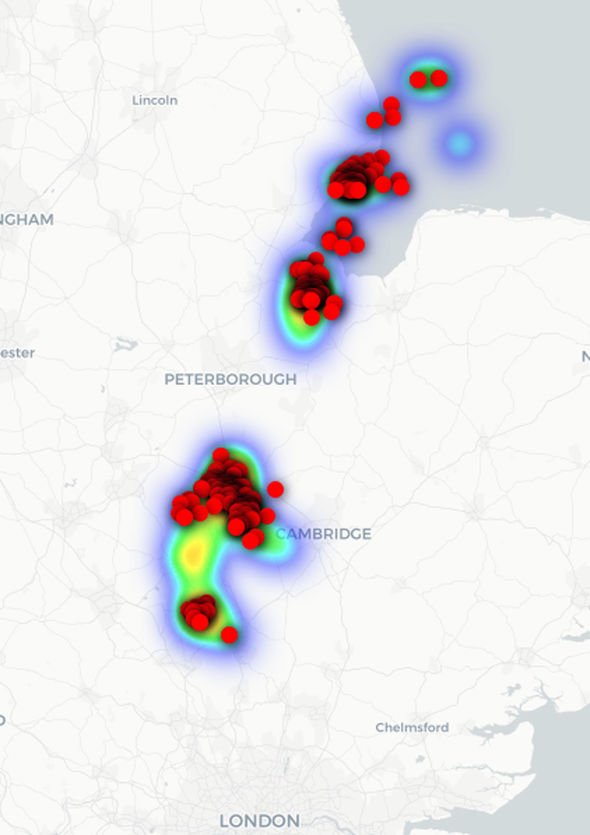 A map on the Met Office’s website has shown where the yellow thunderstorm warning is in force.

The lightning is expected to be main in a large area running down from the north east of Scotland to London, covering much of the Midlands.

The warning is in force until 11.59pm tonight.