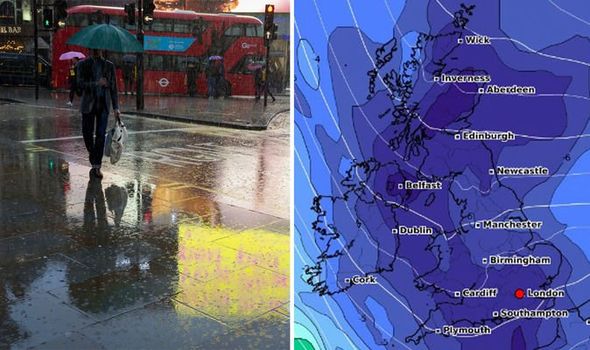 Meanwhile, gardeners have been warned to “watch out” for frost on Wednesday morning. The south of the country will be beset by a determined rain that will continue from Tuesday right through to the early hours of Thursday. Meteorologist Aidan McGivern of the Met Office said: “Tuesday morning’s forecast for many locations will be a dry and bright morning.

“But, there is some some heavy rain starting off the day across southeast England, London and the Home Counties that will stretch into central southern England.

He went on to describe the rain moving into Wales, including showers for south Wales.

Mr McGivern added: “However, there will be plenty of sunshine for north Wales, northern England, western Scotland and Northern Ireland.

“Cloud and rain will see a damp end to the day for southwest England, and parts of South Wales will see further showers.” 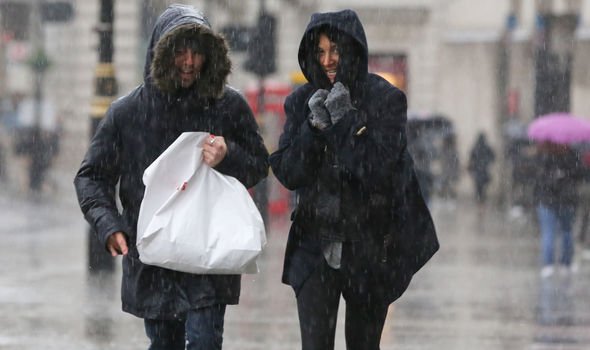 Mr McGivern makes clear that gardeners should be aware that frost will hit many parts over night on Tuesday through to Wednesday morning.

He said: “There will be quite a lot of clear sky overnight on Tuesday into Wednesday morning, this will mean that temperatures will fall away.

“We’ve got colder air in place and widespread frost for central and northern areas gardeners watch out!”

It looks set for a break in the wet conditions as Mr McGivern says, “then there will be a bright start to Wednesday.” 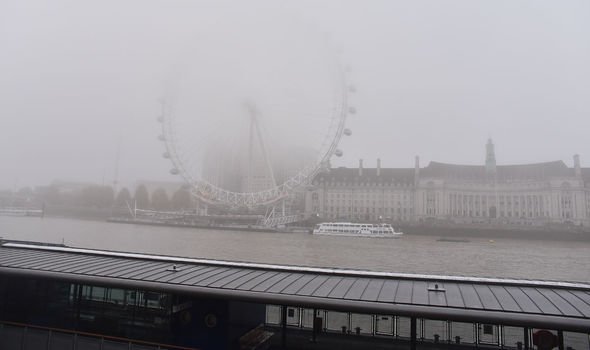 He added: “For many areas there will be thicker cloud across eastern Scotland into eastern England that will tend to drift its way westward throughout the day.

“Wednesday will see the southwest start the day with showers, but soon enough the sunshine will replaced those showers and temperatures will increase to 12 or 14C.”

Mr McGivern describes a creeping coldness coming in from the north and the east later in the week.

He said “In the north and east where that chilly wind from the sea and the cloud cover will keep those temperatures at 7 to 9 degrees in many places though the end of the day on Wednesday.”