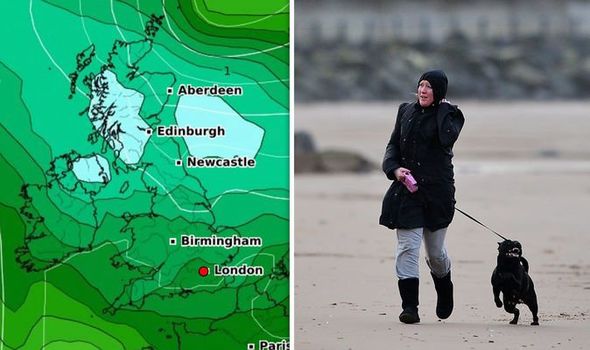 Following the last few days of glorious sunshine across much of the nation, it will be a “cool start” to the day according to the Met Office. For large parts of Scotland, it will also be a fairly wet start to the day with some areas in the north experiencing “outbreaks” of rain. Moving down into the north of England there will also be a “slither” of bad weather stretching from Manchester all the way to Norfolk.

Met Office Meteorologist, Aidan McGivern said: “There’ll be some outbreaks of rain affecting the Northern Isles going into parts of the Northwest Highlands and the Western Isles.

“They’ll be a slither of cloud across North Wales into Northwest England, North Midlands as well stretching as far as Norfolk.

“That will stay more or less where it is through much of the day.”

Aside from that brief freeze in the morning, Mr McGivern added that the weather for most of England and Wales will be fairly “pleasant”. 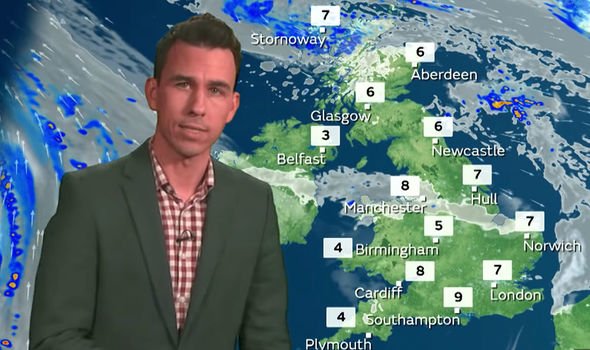 Going into the afternoon, the band of wet weather will linger over much of Scotland, although temperatures will rise to around 15C.

Mr McGivern added: “That band of thicker cloud will remain across Scotland for a more prolonged period of time.

“There’ll be outbreaks of rain into the far north.

“Which along with a brisk breeze going to make it feel fairly chilly. 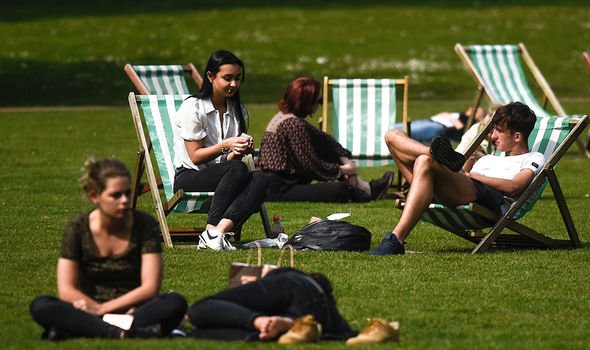 Further south, temperatures will begin to hit 24C in what will be another dry afternoon for many across the south of England and for most of Wales.

Going into Thursday, Mr McGivern that it will be much the same.

Scotland will again have a lingering band of rain while Mr McGivern did also add that there’ll be an even stronger breeze coming in from the North Sea.

However, for most of England and Wales, it will be another warm and pleasant afternoon.