May was the sunniest calendar month on record, the Met Office has announced. The weather forecaster also said it had been the driest May on record in England and the sunniest Spring on record for all UK nations.

The Met Office said “626 house of bright sunshine were recorded” in Spring 2020.

The figure for England is even higher, as Spring 2020 recorded 696 hours of sunshine, exceeding the previous record set of 594.3 hours. 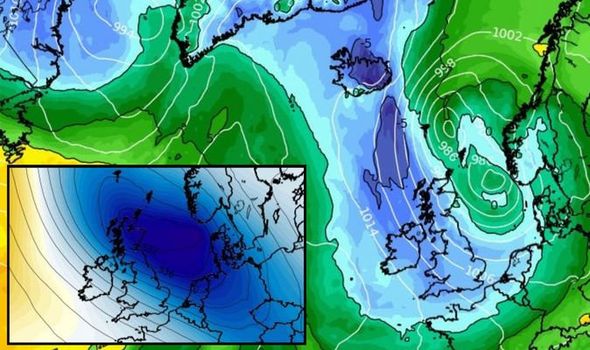 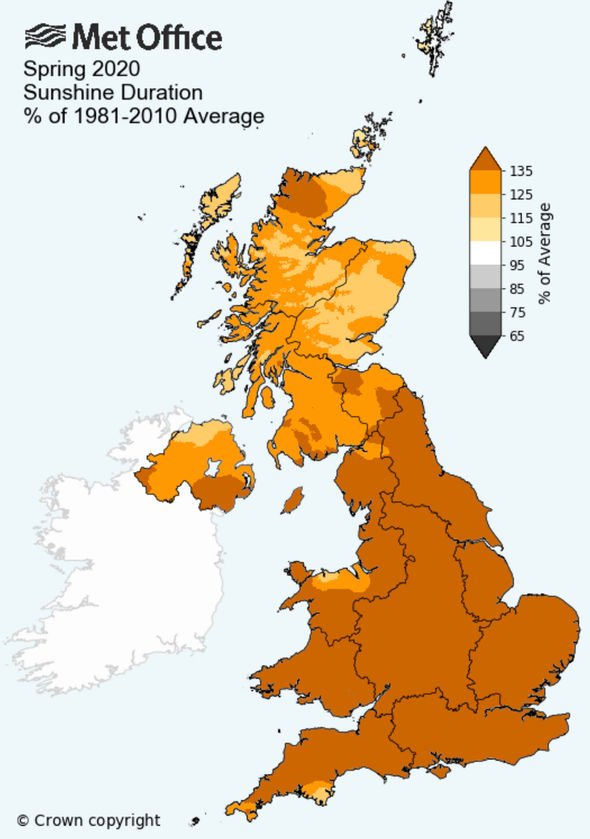 Head of the Met Office’s National Climate Information Centre, Dr Mark McCarthy, said: “The most remarkable aspect is just how much some of the May and Spring records for these climate statistics have been exceeded.

“Exceeding the UK sunshine record is one thing, but exceeding by over 70 hours is truly exceptional.

“The sunshine figures for spring would even be extremely unusual for summer and only three summers would beat Spring 2020 for sunshine hours.

“The principal reason for the dry and sunny weather is the extended period of high pressure which has been centred over or close to the UK. 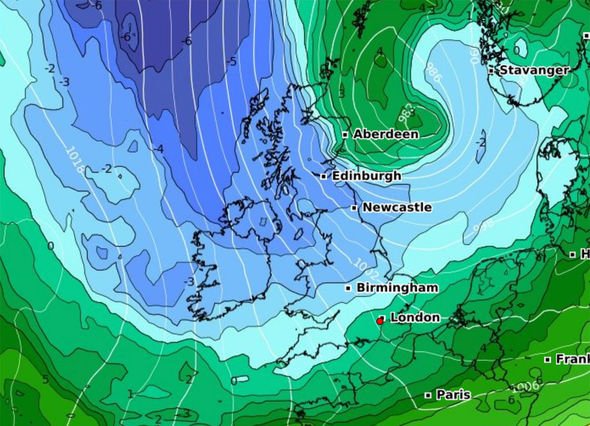 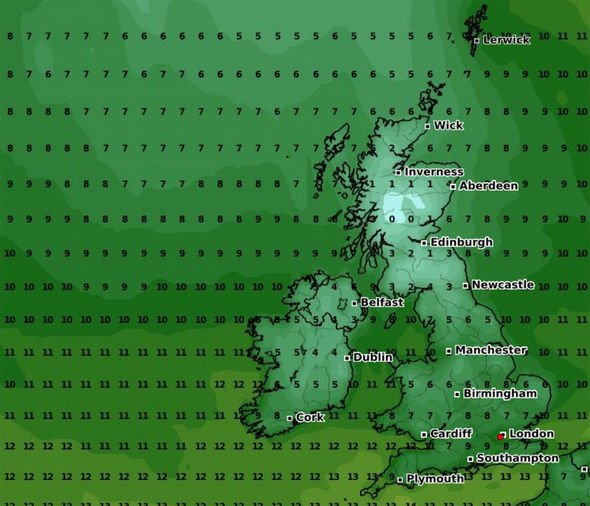 “This has suppressed the development of clouds and rainfall over the UK, while allowing plenty of sunshine to reach the surface.

“There has been a band of similar weather conditions extending across central parts of Europe, whereas Iberia and parts of Scandinavia have experienced rather wetter conditions.”

However, a shift in the weather is now approaching, with cold winds from the north heading toward the nation.

In its outlook for Wednesday to Friday, the Met Office said: “Thundery showers likely in the south on Wednesday whilst drier, cooler conditions extend south across northern and central areas.

“Thursday and Friday will be showery and markedly cooler than recently.”

According to weather maps from WXCHarts, temperatures could fall as low as 0C in northern areas on Saturday, June 6.

Further south, temperatures will stay around 10C, although it could fall below this number over the weekend. 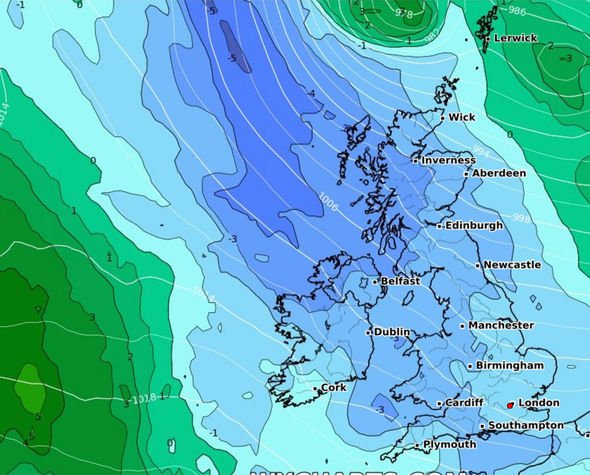 Met Office meteorologist Marco Petagna said: “The sunny weather will certainly continue for a couple more days but from Tuesday we are starting to see some more unsettled weather across Scotland and the gradual trend will be turning cooler across the UK from Wednesday onwards.”

Mr Petagna said chilly northerly winds will bring cooler air to Britain at the end of the week.

The long-range forecast from the Met Office said the coming weekend will be “rather cool” with a shift to a more “changeable regime”.

The forecast said in its outlook for June 6 to June 15: “The beginning of this period looks to be rather cool with a shift to a more changeable regime.

“Sunny spells and showers are likely across many parts, though the most frequent showers are expected across the north and east, perhaps with a longer spell of rain too.”

However, until then, the warm weather will continue in most parts of the nation.

On Tuesday, it will be another “sunny and very warm day” across most areas, but a few outbreaks of rain across northern Scotland.

Thundery showers likely in the south on Wednesday whilst drier, cooler conditions extend south across northern and central areas.