Ukrainian boy, 3, wounded in shelling asks 'where is my dad? Is he coming?'

This is the heartbreaking moment a three-year-old Ukrainian boy cries out for his father after they were both injured by shelling in Mariupol.

‘Where is my dad? Is he coming?’ he asks from his hospital bed.

Dima, the young boy, was taken into intensive care on Saturday after undergoing an operation. His father is being treated in another part of the hospital.

They were wounded in the besieged port city on March 19 but it took days to evacuate them to the hospital in Zaporizhzhia, according to anaesthesiologist Olena Plevankina.

Dima cries: ‘Daddy. Is my daddy coming at all? Where is my dad? Is he coming?’

A nurse reassures the boy and explains his father is on his way.

The CBS News clip has been shared thousands of times since airing on Wednesday night.

Russian troops have been bombarding Mariupol for more than a month. It is the scene of the war’s worst humanitarian emergency. 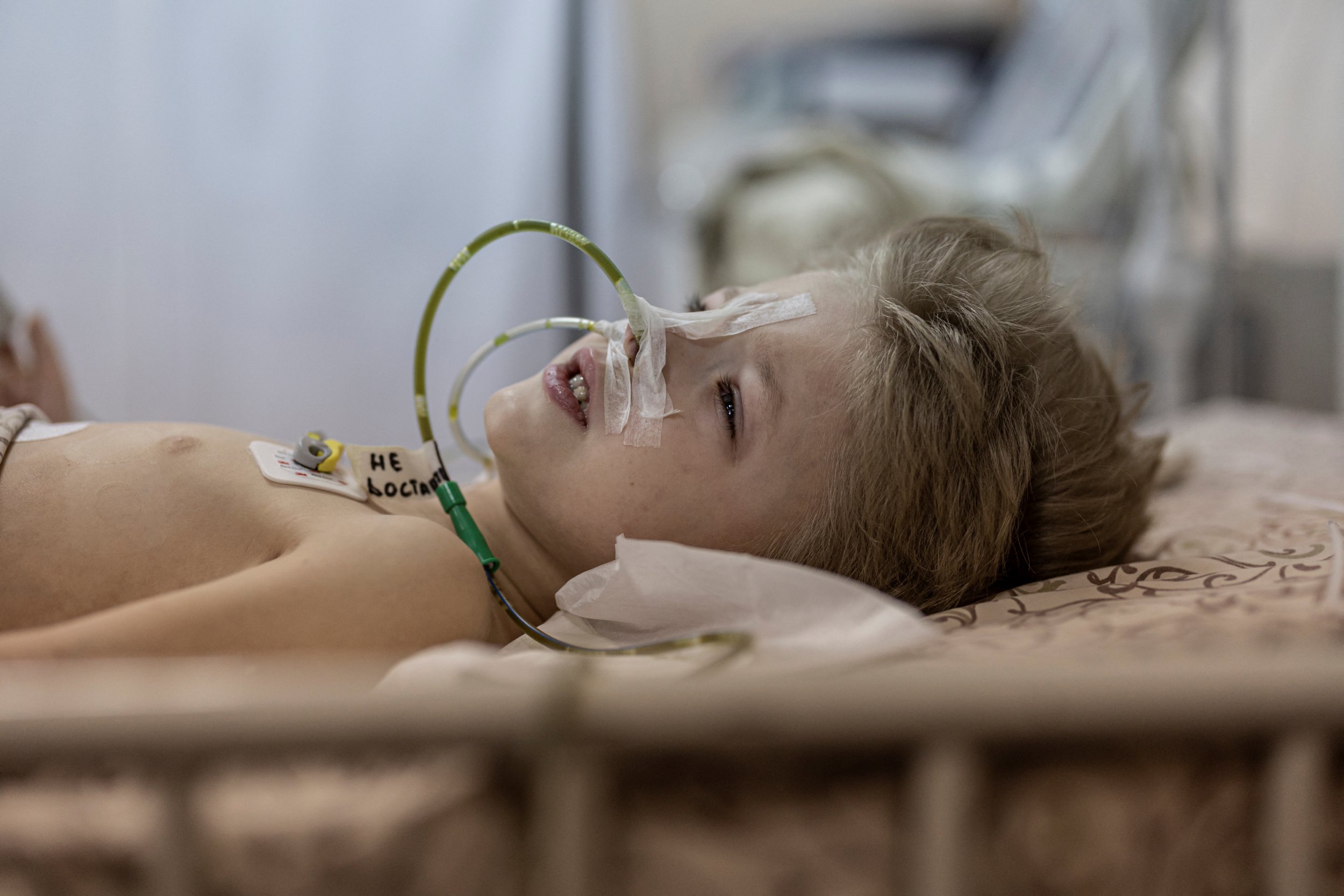 The United Nations believes thousands of people have been killed. A spokesperson for the city’s mayor has said nearly 5,000 people, including more than 200 children, have died.

Evacuation attempts have repeatedly been prevented by intense shelling. Earlier today, a Red Cross convoy carrying medical aid to the city was delayed.

Evacuees who make it out of the city – usually after a dangerous journey by car or bus – recount a ruined wasteland of rubble.

‘Mariupol is gone, it’s bombed out,’ said Katia Semeniuk, 77, speaking from a crowded supermarket in Zaporizhzhia, converted into a centre where evacuees are offered food and warm clothes.

She arrived after spending weeks moving from shelter to shelter in Mariupol, where she had taken refuge with her son after being bombed out of her own house in a village outside the city.

‘There was a house, we had everything, and now there is nothing left,’ she said.