Incredible drone pictures have captured what could be Britain’s most expensive car park as it showcases row upon row of brand new Bentleys outside the iconic motor firm’s factory in a vast fleet worth £63million.

Rows upon rows of the designer vehicles worth millions of pounds can be seen at the site, which has just become the first carbon neutral luxury automotive factory in the UK.

Once workers have assembled the high-end cars, the factory’s car park acts as a holding pen before the models are shipped off the dealerships. 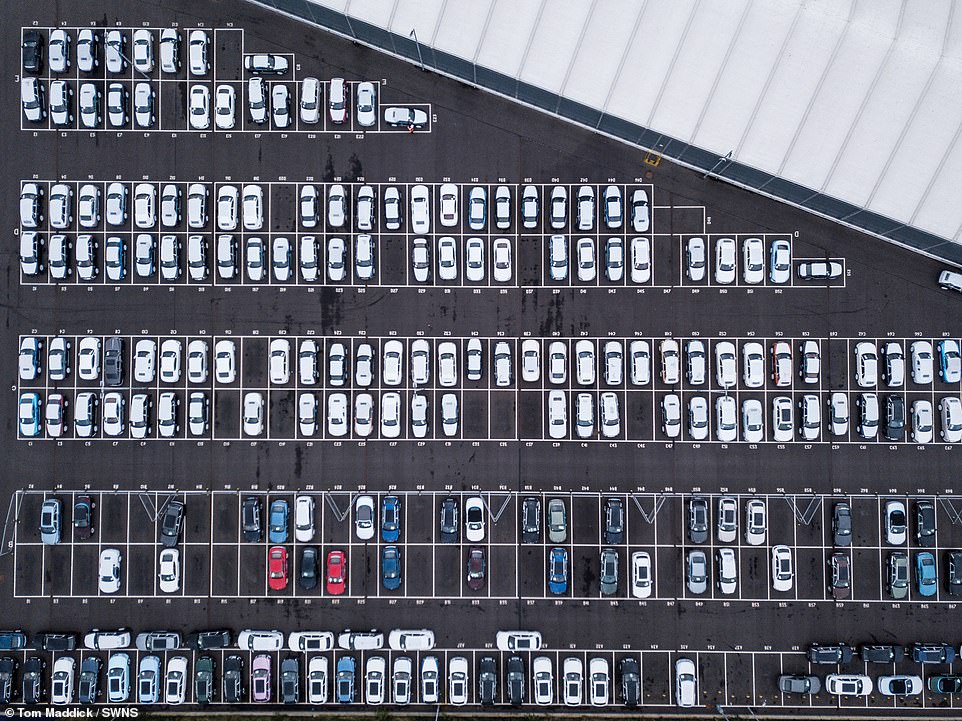 Pictured: Just some of the vehicles that constitute the huge factory fleet of Bentleys in Crewe, Cheshire, where the prestigious cars are put together by thousands of workers. The collection is thought to have a value of around £63million and residents who live nearby the factory say that security is constantly tight at the site 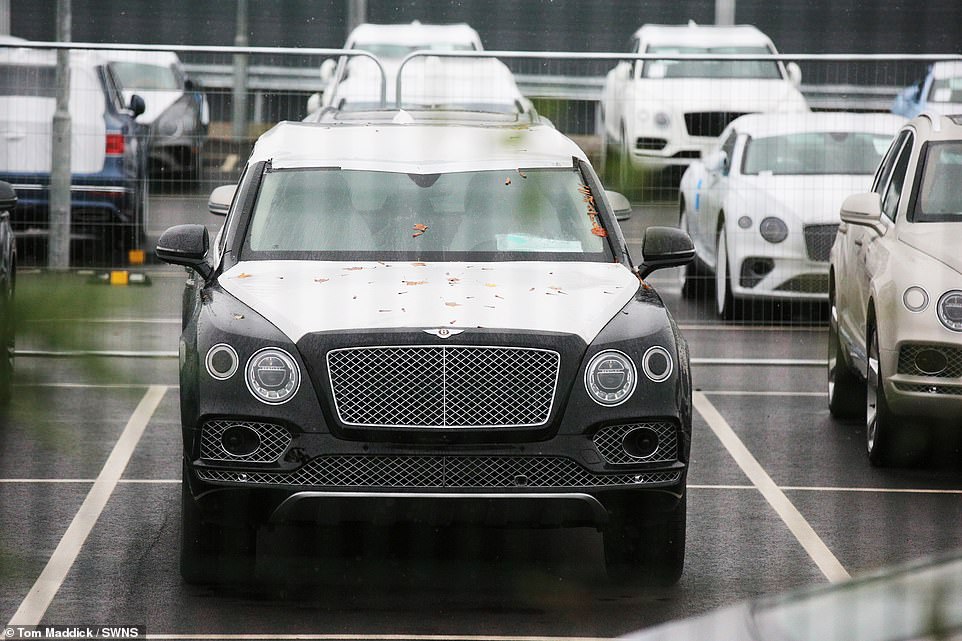 Pictured: A Bentley SUV is parked amid high security at the Bentley Automotive Factory in Crewe, Cheshire, where it can take a team of 200 workers to assemble just one vehicle. The motor company is pursuing green targets including a hybrid version of every one of its classic models by the year 2023 and fully electric versions two years later 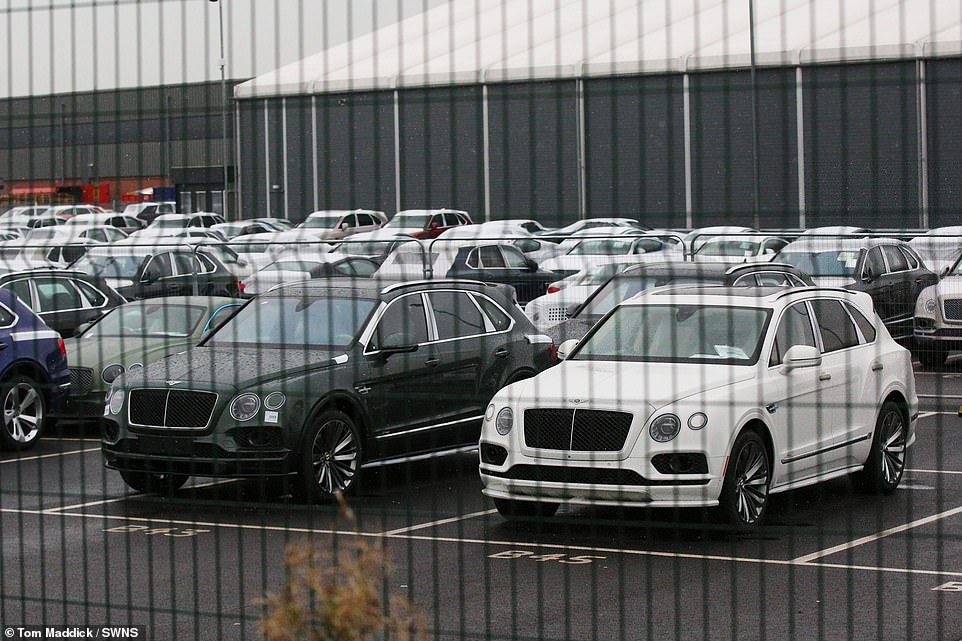 The Bentley Automotive Factory in Crewe, Cheshire, may boast the most expensive car park in the world as a fleet with a total value of about £63million sits outside. The average Bentley costs £200,000 and the new Flying Spur model has more than 80 steps in its assembly. A team of 200 workers are responsible for following the process of putting together the Spur

Stunning images show the scale of the at the huge site, which employs over 4,000 people, and spans almost as far as the eye can see.

Others show over 300 Bentleys parked up in the car park outside the workshop, where models such as the Mulsanne, the Flying Spur and the Continental are manufactured. Residents living on a street adjacent to the factory described the sprawling site as being like ‘Fort Knox’.

One said: ‘There’s always hundreds of Bentleys parked up outside. There’s staff who park there as well but the majority is the cars that come of the production line.

‘It’s quite a sight, I must admit. The total value of that car park at any given time must be eye-watering. My cousin works there, it’s a big employer in this area, so I don’t mind living near to it. The place is like Fort Knox though, they take security very seriously and with millions of pounds worth of produce on display, who can blame them?’ 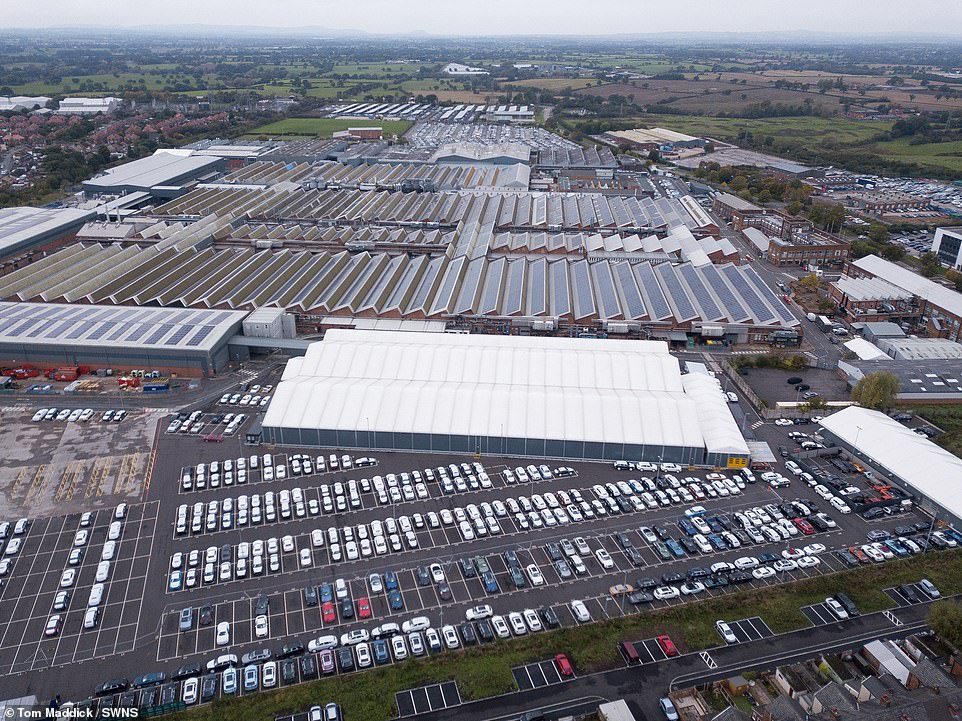 Pictured: The sprawling site of Bentley’s factory in Crewe, Cheshire, were residents who live nearby say the models are closely guarded by a tight security system and fences at the perimeter. The site is now churning out the car-maker’s latest model, The Flying Spur 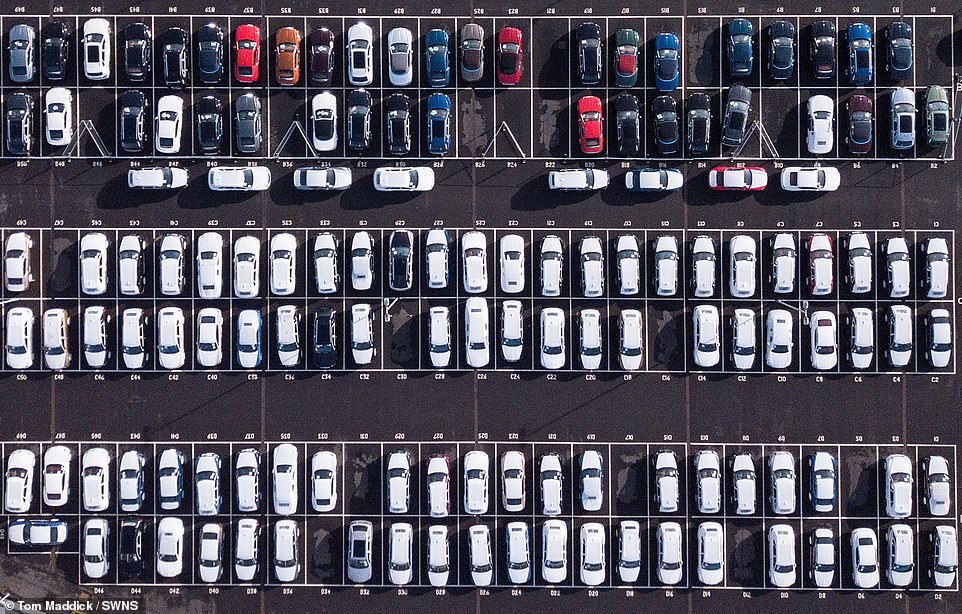 With the average cost of one of these vehicles coming in at about £200,000, the fleet captured in aerial shots could be worth an eye-watering £63million. Thousands of workers are currently manufacturing the new Flying Spur model at the site in Crewe, Cheshire 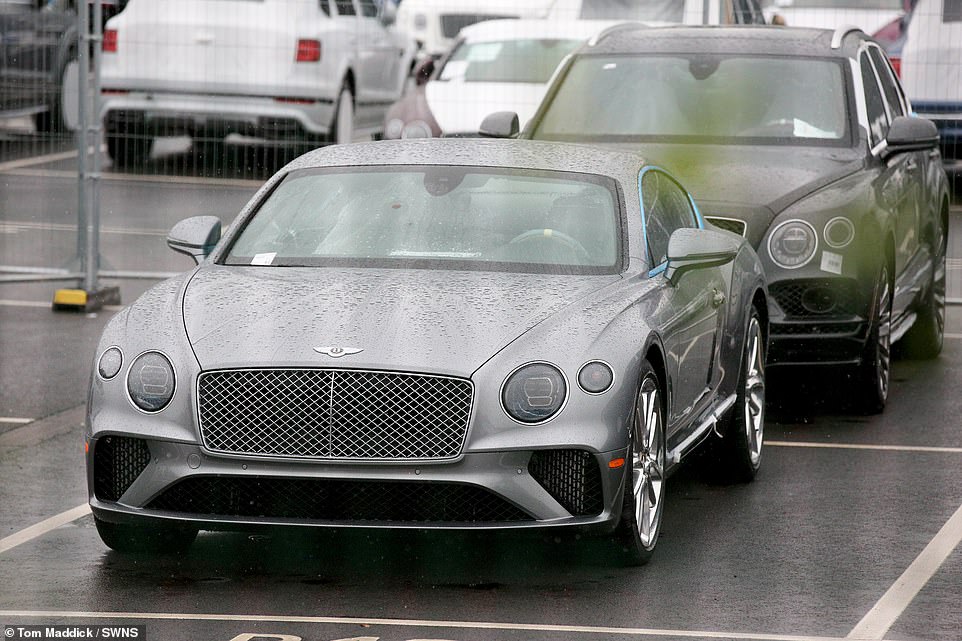 Bentley has pledged to create electric and hybrid versions of every model that sits in the £63million fleet (pictured) at the factory in Crewe, Cheshire, in the coming years as it pushes to become recognised as a more environmentally friendly firm 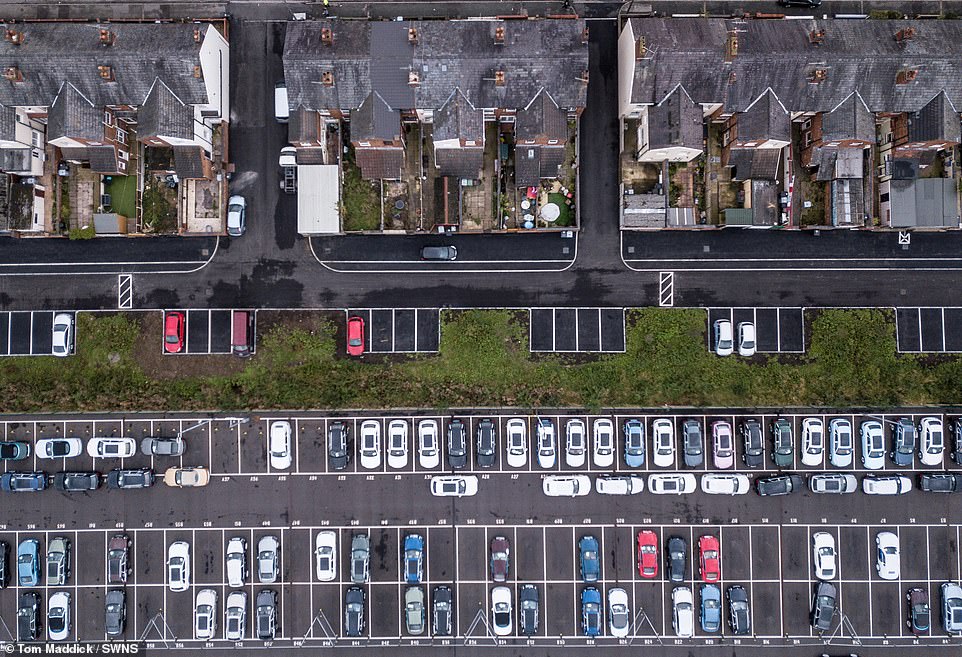 The car park at the prestigious car-making site in Crewe, Cheshire, is home to models including the Mulsanne, the new Flying Spur and the Contintal at the collection has a total estimated value of £63million

The classic British car maker recently announced they are now focusing on using sustainable energy in a bid to go greener. As of this month, the Crewe factory uses electricity from 100 per cent renewable sources to power its machinery.

It is also set to launch the new Flying Spur in 2020, said to be the most advanced car the firm has ever built. Nearly 200 people handcraft every Flying Spur through 84 different assembly stages, an example of the extraordinary eye for detail Bentley is famed for. Bentley Motors will also offer a hybrid variant of all models by 2023 and an all-electric version by 2025.

Adrian Hallmark, CEO of Bentley Motors, said: ‘While 2019 has marked Bentley’s centenary, our focus is now on preparing the business for the next 100 years. We want to lead the way in the delivery of sustainable luxury mobility, by providing our customers with products and services that reflect their own values.

‘We are very conscious of our responsibility to consider the environmental, social and economic impact of our organisation. This is just the latest stage in this journey.’

John Newton, Head of Certification at the Carbon Trust, said: ‘The initiatives that Bentley has undertaken to achieve certification demonstrate the company’s commitment to becoming more sustainable. Bentley is making a long-term strategic commitment to delivering sustainable luxury mobility.’

Earlier this year, the firm also installed the UK’s largest solar car port, which covers over 1300 spaces in the factory car park. Over 10,000 solar panels were installed in the scheme, which offers vehicle shading while generating green electricity at the same time.