Stranded Australians hope that a United Nations ruling in support of those wanting to return home will prompt the federal government to take more action to open up the nation’s borders.

The UN Human Rights Committee has ruled that the government must “facilitate and ensure” the prompt return of two Australians who are arguing that caps on travel are a breach of international law. 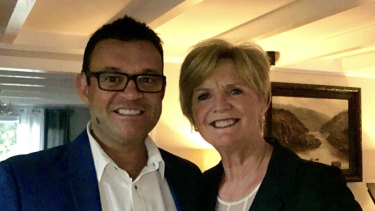 Jason George and his wife Deborah.

The case was brought by Free and Open Australia, a group advocating on behalf of Australians trapped overseas, and taken up by prominent barrister Geoffrey Robertson, QC, whose previous clients have included Wikileaks founder Julian Assange.

The group claims that the Australian government has breached the UN’s International Covenant on Civil and Political Rights, which states that “no one shall be arbitrarily deprived of the right to enter his own country”.

On Thursday, the UN granted an interim measure, informing the two men involved in the test case that the government should allow them to return home while their case is decided by the committee.

The ruling, which calls for a response from the Australian government within eight months, said the repatriation should be “immediate”.

Around 35,000 Australians are registered as wanting to come home, however passenger caps on flights have made it difficult for people to return.

One of the claimants, Jason George, said that the decision meant that if he tried to book a flight home from the United States and it was subsequently cancelled, that Australia would be denying his human rights.

Mr George, who has been vaccinated and is willing to spend 14 days in quarantine, said he was not against the government taking action to keep Australia safe.

“It’s very important to me that COVID-19 does not break out in Australia. I have family and friends, I would not want to see that happen to them,” he said.

“But I believe that Australia can address the issues of a more safe but frictionless border for people who have absolute need to cross it.”

Mr George, who lives in New Jersey, said other countries had proven that international travel could work with public health measures such as negative tests, masks, social distancing and handwashing.

Deb Tellis, spokeswoman for Free and Open Australia, said she hoped the UN body’s decision would prompt the federal government to increase its capacity for quarantining travellers.

“This is a big step in the push to get people home,” she said.

Ms Tellis recently returned to Australia after nine months trying to find a way home. She described the situation as stressful and expensive as flights were continually cancelled.

“It was horrible living in limbo, my stress levels were through the roof,” she said.

She said many Australians did not realise the situation facing expatriates who were unable to come back.

“I think there’s a lot of ignorance, I don’t think people realise what is going on,” she said.

“We certainly have felt abandoned.”