UN chief calls for an end to the Syrian people's 'suffering'

Ambassador Haley tells UN Security Council US ‘remains prepared to act if we must’ amid ongoing Eastern Ghouta carnage.

The UN secretary-general urged Security Council members to “end the suffering” of residents in besieged Eastern Ghouta, as the US threatened to “act if we must” as a ceasefire continues to be ignored by Syrian and Russian forces.

Antonio Guterres’ remarks on Monday came as government forces continued for a third week to launch air strikes and advance a ground offensive into the Damascus suburb that has been under rebel control since mid-2013.

Several attempts to halt the deadly operation have proved futile, with a war monitor reporting more than 1,022 civilians have been killed in Russian-backed Syrian government attacks over the last three weeks.

“I am deeply disappointed by all those … who allowed this to happen,” Guterres said in his address at the UN headquarters in New York.

“There should be only one agenda for all of us: to end the suffering of the Syrian people and find a political solution to the conflict.

“Particularly in Eastern Ghouta, the air strikes, shelling, ground offensive intensified after the adoption of the resolution,” he said, referencing UNSC resolution 2401, which passed on February 24.

Resolution 2401 called for an immediate ceasefire, the evacuation of civilians, and the delivery of aid supplies.

Guterres also expressed his disappointment at the prevention of desperately needed food and medical assistance from being delivered to some of the 400,000 residents trapped inside the enclave.

United States ambassador to the UN Nikki Hailey denounced the failure to implement the resolution, and said her country was drafting a new one with “no room for evasion”. Haley warned the US “remains prepared to act if we must”.

“It is not the path we prefer, but it is a path we have demonstrated we will take, and we are prepared to take again,” Haley told the 15-member Security Council. “When the international community consistently fails to act, there are times when states are compelled to take their own action.”

Russian UN ambassador Vassily Nebenzya told the council on Monday the Syrian government has “every right to try and remove the threat to the safety of its citizens”.

He described the Damascus suburb as a “hotbed” of “terrorism”.

The destruction from the military onslaught has exacerbated an already dire humanitarian crisis, with more than 1,000 people in urgent need of medical evacuation.

Last week – amid reports of negotiations taking place between rebel groups and the Syrian government – a number of fighters and their families were evacuated from the enclave, state media reported.

President Bashar al-Assad has vowed to continue the offensive until all “terrorists” are removed from the district.

The Syrian government has divided Eastern Ghouta into three sections: Douma and its surroundings; Harasta in the west; and the rest of the towns further south.

Government forces have surrounded Douma, one of the enclave’s main towns. 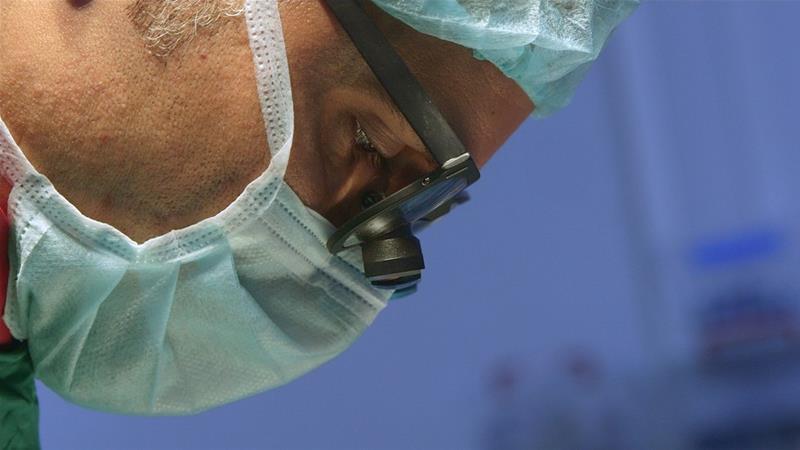 50 Feet from Syria: Inside Al-Amal Hospital