London: A rising star of French president Emmanuel Macron’s party has quit parliament after a review of her taxpayer-funded expenses found she spent more than $3500 a month from her allowance on lingerie and clothing.

Coralie Dubost, an MP and deputy vice president of La République En Marche!, has been accused of mismanaging her team and abusing her expense allowance in a confidential report submitted to parliament and published by French investigative media organisation Mediapart. 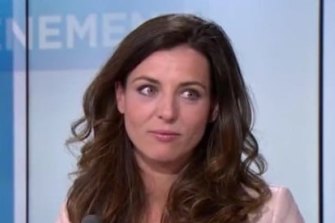 The 39-year-old former business school executive, one of the stylish figures recruited by Macron, was elected to a seat in Montpellier in 2017. Last year she ended a two-year high-profile relationship with Olivier Veran, the country’s health minister.

The confidential parliamentary ethics investigation also accused her of “mismanaging” her aides by asking them to spy on her household staff and take care of her dry cleaning and shoe repairs.

The report accused her of ordering her parliamentary staff to fulfil domestic tasks in her home and using demeaning language towards them. Analysis of her spending showed she paid €1,500 (AU $2208) to €2000 on lingerie, clothing and trips to the beach from a fixed monthly allowance of around €5374, which is meant to cover expenses related to official duties. French MPs earn a base salary of €86,000 or about €7200 a month.

It also revealed that in 2019, Dubost took out a bank loan to cover an overdraft of €7000 and has since regularly taken out loans to pay for her lifestyle. 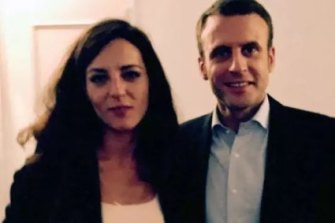 While France is renowned for its luxury lingerie sector – with many lingerie brands launched in the 1950s and 1960s now known worldwide – data from 2019 found that French women aged between 15 and 24 years old, spent on average almost €200 on underwear and lingerie a year.

“The time has come for me to withdraw from political life and devote myself to my family. I will not be a candidate for my re-election,” Ms Dubost announced on Twitter, after remaining silent for 48 hours after the publication of the story on Sunday.

“For the past few days, I have been targeted by unfair attacks, which do a disservice to my political group, to electoral deadlines and more generally to democracy.“

She has denied wrongdoing and said that she is the victim of a “cabal.” She said she had reimbursed her spending on lingerie and other items and had been misled by staff about what she was allowed monthly fixed allowance for personal expenses. 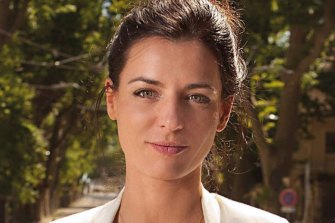 Coralie Dubost said she was misled by staff.

“There are parliamentary outfits and personal outfits […], I do not wear the same clothes in my personal and my professional life,” Dubost told to Mediapart.

She blamed an assistant at the time for this situation: “He advised me badly, I was stupid…I am not a cheater.”

The parliamentary report found Dubost had also spent parliamentary funds on hotels, meals and outings that had little apparent bearing on her parliamentary duties. It has again highlighted the lack of oversight applied to the allowances granted to France’s 577 MPs beyond their salary.

Macron’s administration tightened the rules and required MPs to provide receipts for the almost €65,000 annual allowance they receive in advance for personal expenses. In addition, they receive €19,000 a year for office equipment, taxis, post and telephones, plus another €127,000 a year to pay their parliamentary assistants. They also have almost unlimited free domestic tube and rail travel.

The findings of an ethics investigation into Dubost are embarrassing for Macron at a crucial time in the French Assembly election campaign. While En Marche is leading in the polls, it is set to face a united challenge from France’s previously divided left.