The head of a teaching union warned today that A-Level and GCSE exams would have to be simplified next summer because it was unfair to test pupils on subjects they had missed while schools were closed by coronavirus.

Geoff Barton, the general secretary of the Association of School and College Leaders said a planned three-week delay in sitting tests next summer did not go far enough to help children catch up on missed areas of the syllabus.

He suggested that exams be ‘pared down’, removing areas of courses that there had been no time to teach because schools were closed.

Ahead of a meeting with schools minister Nick Gibb whether exams should be pared down, he told  BBC Radio 4’s Today programme: ‘I think we really ought to think about that.

‘If the assumption is it can be business as usual but with three weeks extra teaching time you’re going to have some young people who won’t have covered, for example, the Tudors in history or photosynthesis in biology.

‘It would be unthinkable that those young people would be tested in the same way that the previous generation would be, and therefore a modification of those exams would be useful.’ 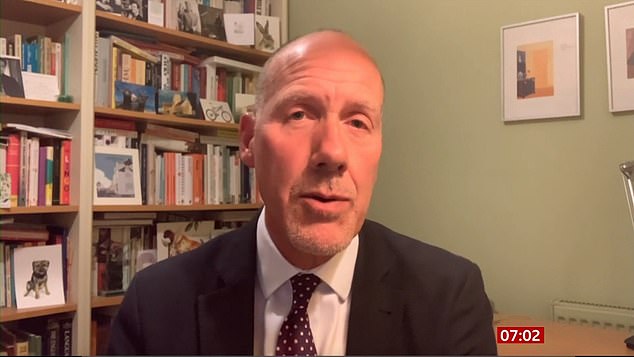 Geoff Barton, the general secretary of the Association of School and College Leaders said a planned three-week delay in sitting tests next summer did not go far enough to help children catch up on missed areas of the syllabus 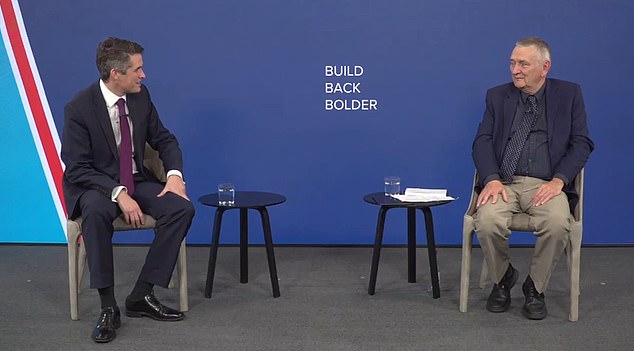 Gavin Williamson took part in a ‘fireside chat’ at the Tory conference with Peter Ashton, who taught him politics at Scarborough Sixth Form in the early 1990s

Education Secretary Gavin Williamson is expected to soon announce a revised exams timetable to give teenagers more time to catch up on missed learning.

He appeared at the virtual Conservative Party Conference today and was interviewed by one of his former teachers.

He took part in a ‘fireside chat’ with Peter Ashton, who taught him politics at Scarborough Sixth Form in the early 1990s.

The Education Secretary is adamant exams will go ahead in 2021 after a bruising summer this year under siege from furious students, parents and teachers over the use of a controversial algorithm to calculate marks, which led to widespread downgrading.

The Department for Education said ‘a possible short delay to the exam timetable’ is a live discussion after being proposed by the regulator Ofqual.

The regulator’s interim boss Dame Glenys Stacey reportedly backs the Government’s extension to the exam timetable and is busy mapping out a strategy to ensure that papers are graded before the start of the university term in 2021.

Downing Street is understood to have decreed exams to go ahead next year after refusing to bow to critics urging them to be scrapped. Who is Jake Manley’s real-life fiance?
We and our partners use cookies on this site to improve our service, perform analytics, personalize advertising, measure advertising performance, and remember website preferences.Ok