The Andrews government wants to ban unvaccinated MPs from Parliament and make Victoria the first state to block vaccine-resistant MPs from voting on behalf of their constituents.

Late on Thursday night, the state government moved a motion in the upper house stating that, “in order to protect the health and safety of members and parliamentary staff”, MPs would need to have received their first jab by October 22. 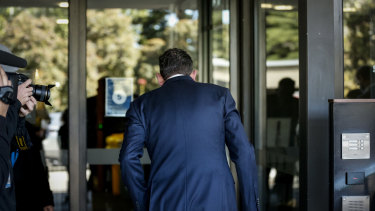 Premier Daniel Andrews entering the back entrance of Victorian Parliament on Thursday.Credit:Getty

“Any member who has not complied … is determined to have failed to comply with
an order of the house and is therefore suspended from attending the chamber.“

The motion, to be debated next week, also states that any member who has not complied with the order will have their security access pass revoked.

The Premier’s office said on Thursday all Labor MPs had received at least one COVID-19 vaccine dose, while the Liberal Party said all but one MP had been vaccinated.

While almost all MPs have been vaccinated, the move is likely to prompt an ethical and legal debate about whether it is reasonable to deny some voters a voice in Parliament because their elected representative doesn’t want to be vaccinated or feels uncomfortable declaring their status.

The motion would also block upper house MPs from attending their offices if they were not inoculated.

This policy is likely to draw the ire of some libertarian-minded Coalition MPs and Liberal Democrat David Limbrick who opposes mandatory vaccinates and describes the policy as “medical coercion”, though he is vaccinated.

The Victorian government’s decision is aligned with the government’s health orders, which require authorised workers – which include politicians – to be vaccinated. However, it goes further and operates independently, making it a rule of the houses of parliament that MPs are vaccinated or have a medical exemption.

Those who refuse will be treated as though they have breached an order of the house and will have their access to the precinct revoked until the second sitting day of next year.

Suspensions will be lifted if the MP gets their jab, and the motion states Parliament staff must not share MPs’ vaccine status and should destroy the information provided by MPs when appropriate to do so. 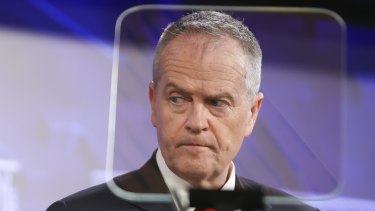 The new rules are expected to pass because the government only requires three of 11 crossbench votes to pass motions and laws.

No other Parliament in Australia has mandated vaccines but NSW Health Minister Brad Hazzard said last month that the state’s speaker was exploring the idea.

“My personal view is that all MPs should be vaccinated,” Mr Hazzard said.

The federal government has indicated strong support for all eligible Australians to be vaccinated for COVID-19 but has, to date, shied away from broadly mandating vaccines – though it did back state moves to make vaccines mandatory for aged care workers, based on health advice.

Personnel working in federal Parliament will be offered Pfizer vaccines at a clinic in the building on Monday ahead of a sitting fortnight later this month, but there has been no indication from either local ACT authorities or the Morrison government that jabs will be a condition of entry.

However, NT Chief Minister Andrew Barr announced on Thursday afternoon that only double vaccinated MPs and staff from areas where the coronavirus is circulating will be allowed into the ACT without two weeks of quarantining.

“[Those] unvaccinated will be subject to 14 days of isolation,” Mr Barr said on Twitter, which could in practice force some to miss part or all of the sitting period depending on their schedules.