US election 2020 polls: Who is winning the presidential race?

POLLS are giving varying results – but political analysts agree that no one can say with any certainty whether Joe Biden will win in a landslide or Donald Trump will scoop a second term. 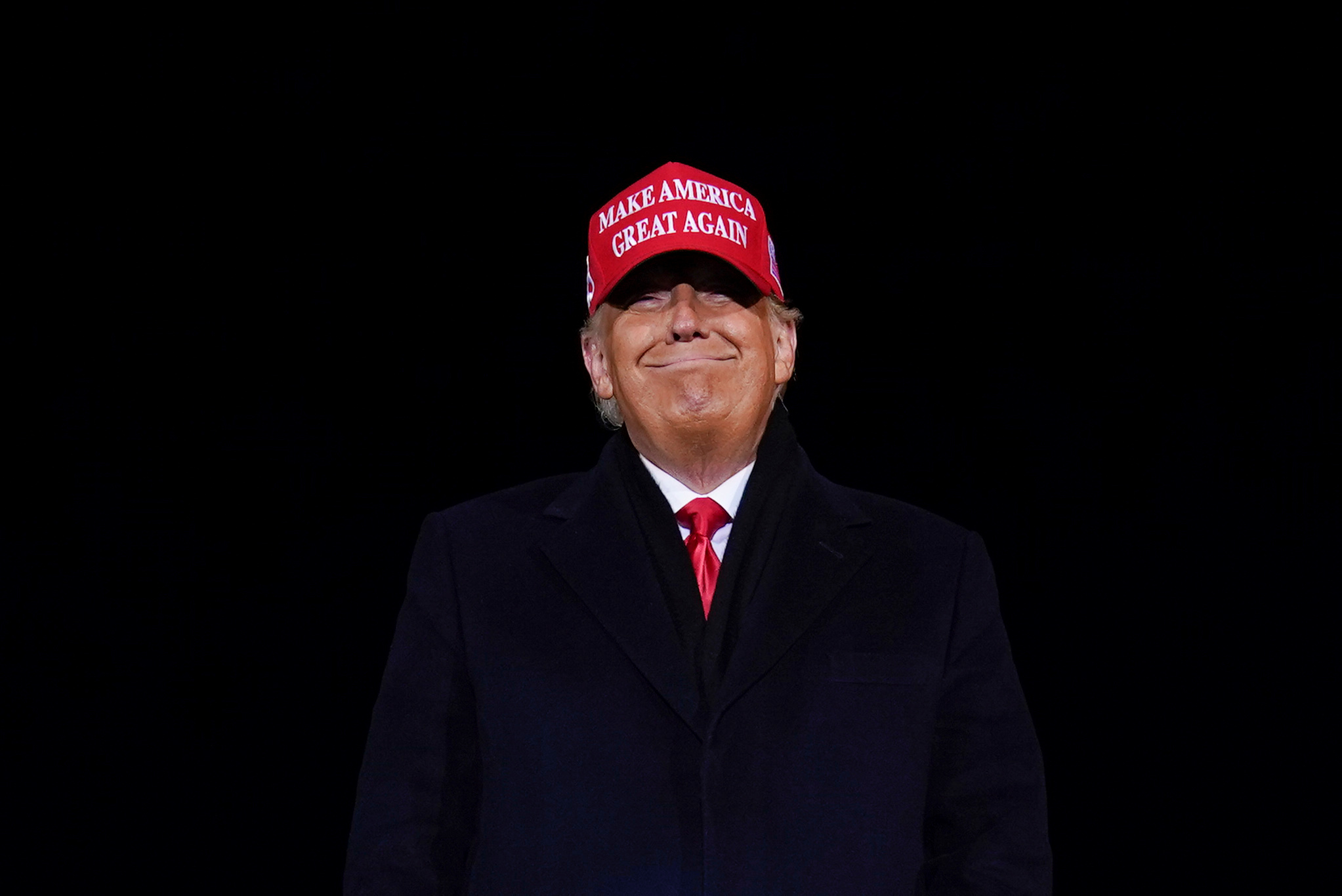 Who is leading in the national polls?

Joe Biden has been holding a steady lead in the national polls.

However, Biden's comfortable lead can't be guaranteed to result in a White House win.

Politico – and other commentators – point out that the presidential race remains close in most of the eight swing states.

Politico writes: “While Biden leads in every one of them, according to RealClearPolitics polling averages through Sunday, his advantage is tenuous: his lead in half of those states is within the margin of error.” 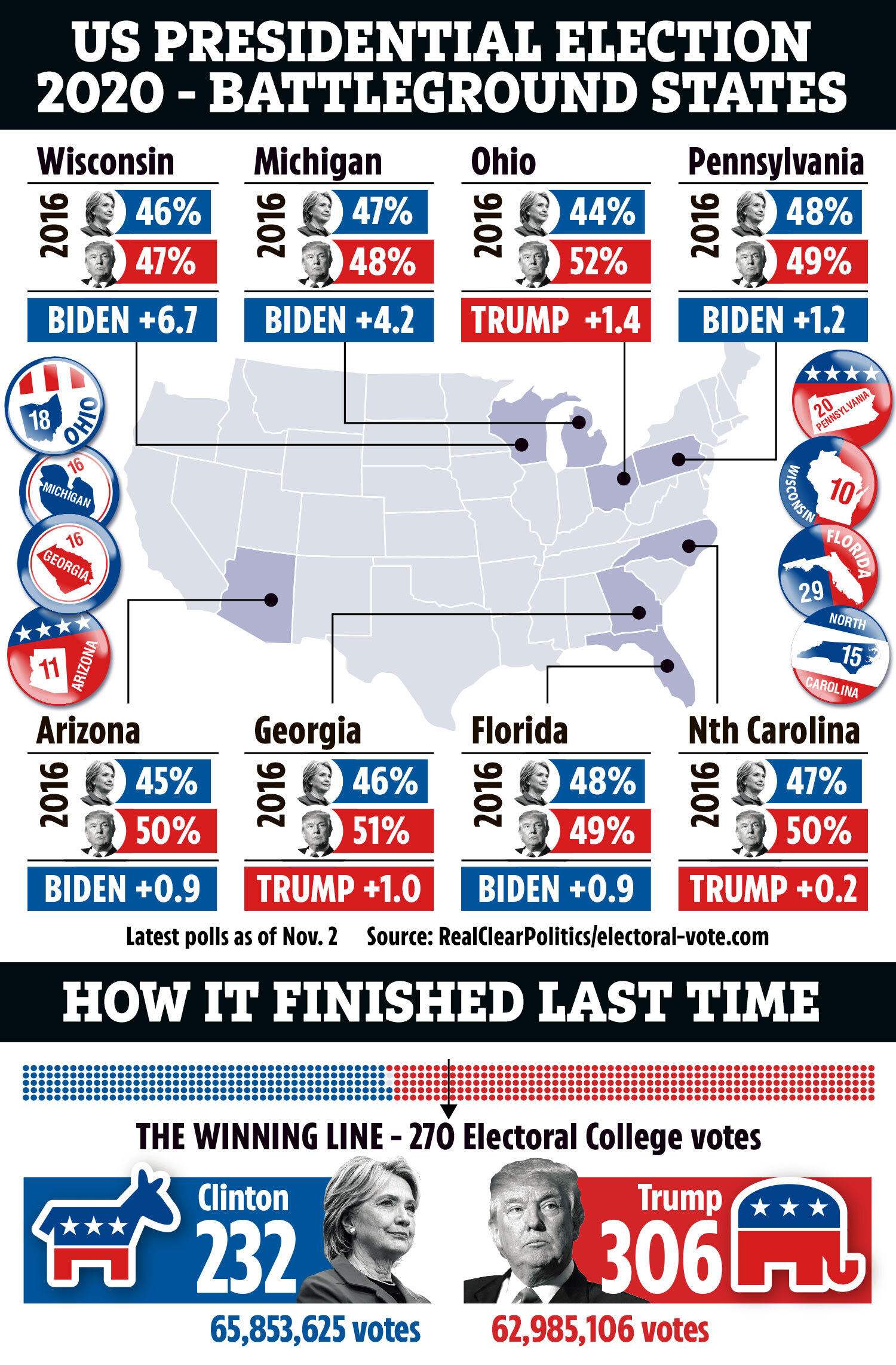 Due to the electoral system, each state is allocated a number of electoral college votes, which​ go to the state’s victor regardless of the​ margin of victory.

So while in 2016 Hillary Clinton won the overall vote, Trump was elected to the White House.

In effect, this means a handful of swing states will again hold the balance of power. 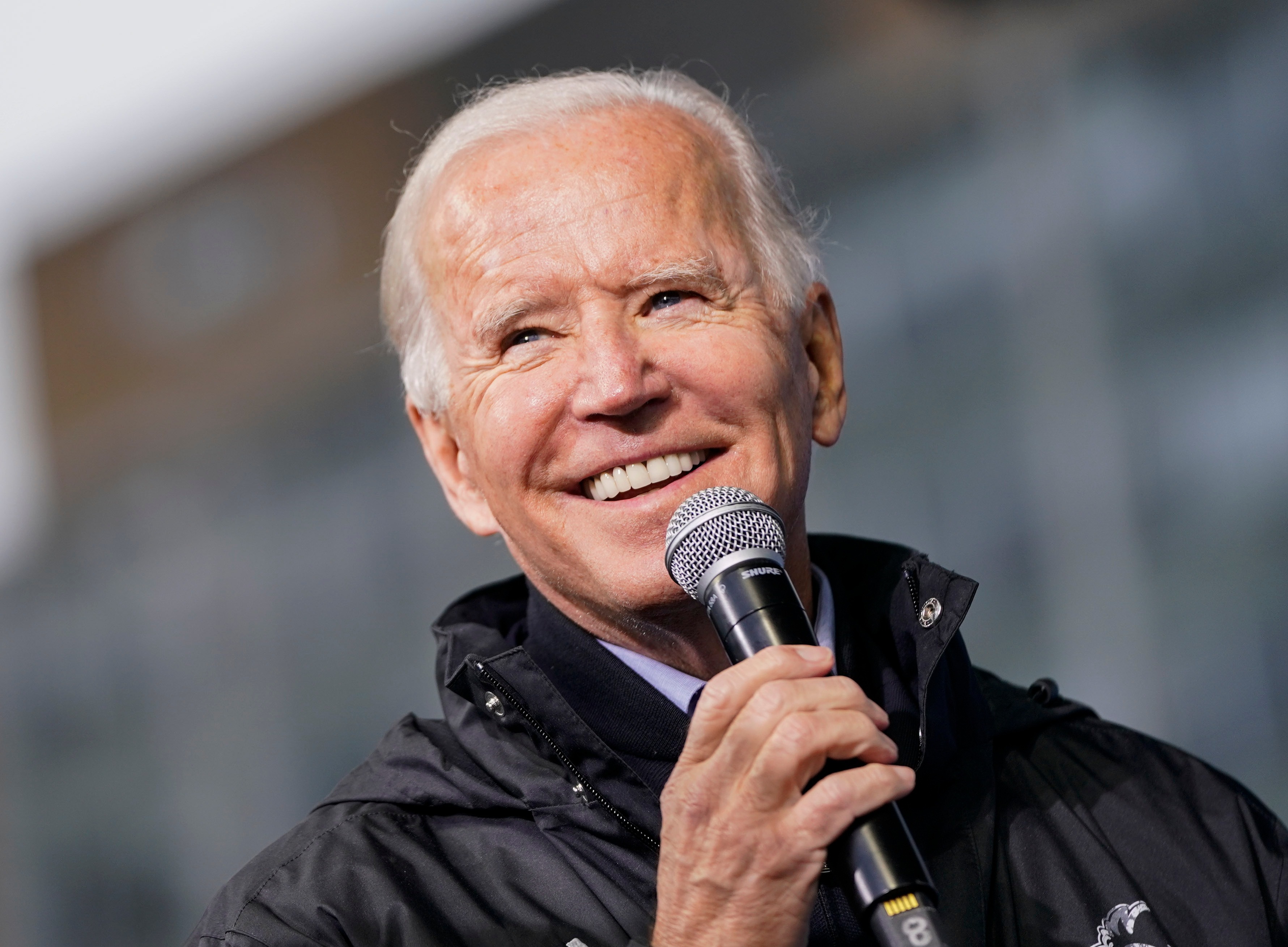 Who is leading in the swing states?

At the moment, Biden is still leading in the battleground states, with several key regions set to vote Dem.

But, Trump is gaining pace, as predicted by some political pundits.

In Wisconsin, Biden was a few days ago polling at an average +7, but this has dipped to +6.7 as of November 2.

Michigan is still backing Biden +4.2, but this has dropped from +9 on October 27.

In Pennsylvania, Biden was polling an average +6, but this has dropped dramatically to just +1.2, according to RCP.

Trump and his reelection campaign have signalled they will pursue an aggressive legal strategy to try to prevent Pennsylvania from counting mailed ballots that are received in the three days after the election.

Over in North Carolina, Trump is leading by just +0.2. Biden had been leading this state at +3 as of October 27.

Florida had Biden leading at an average +3, but this figure has also dipped to a meagre +0.9 as of November 2.

In Georgia, meanwhile, Trump sits at an average +1.0 – which shows he is edging ahead there as he and Biden were previously tied in the state.

Biden enjoyed a very narrow +1 lead in Arizona a few days ago. This has dropped to +0.9 as of November 2. 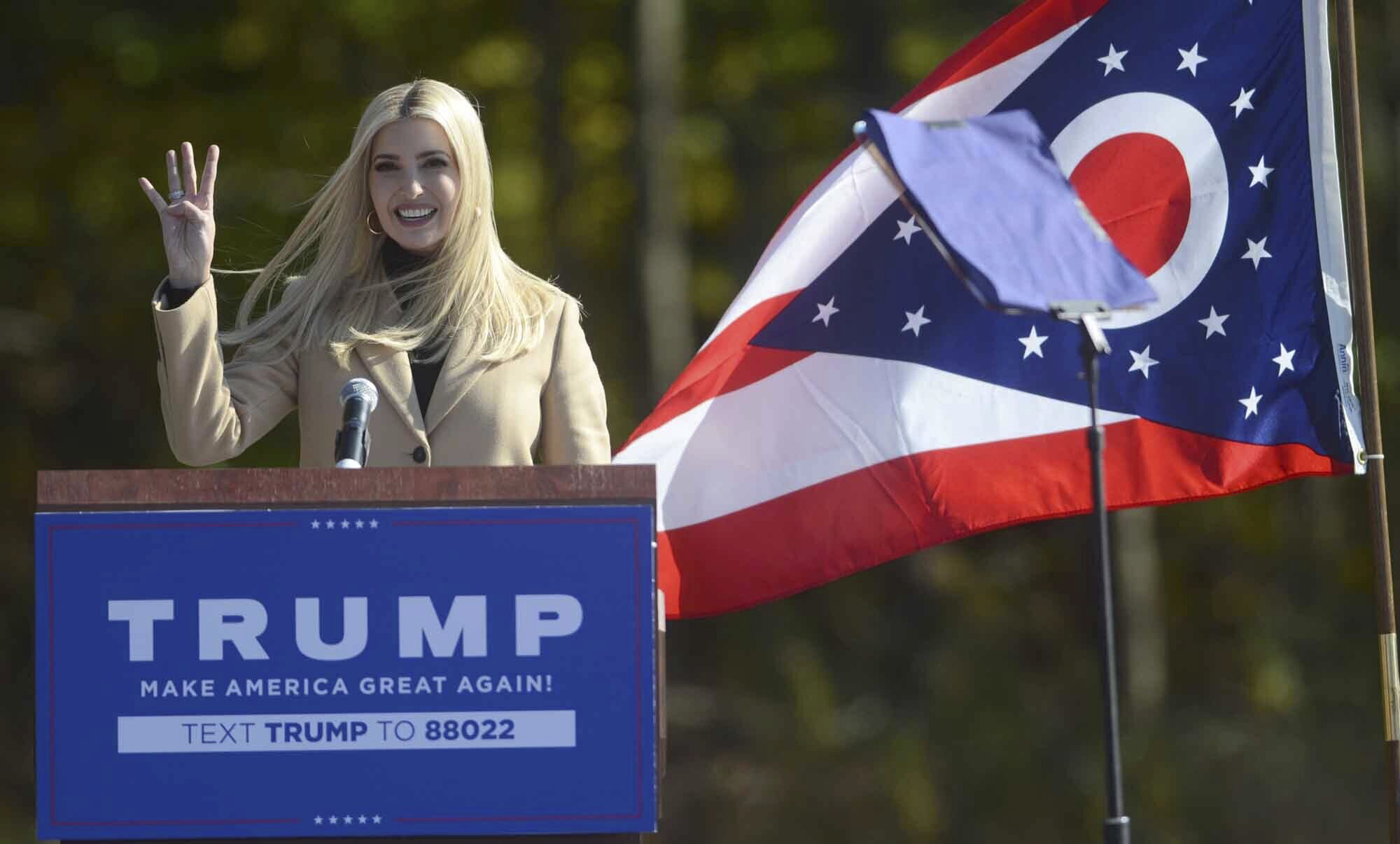 Because of the way the American voting system works, even if there is a clear victor, they could still lose in the electoral college – just like Hillary Clinton in 2016.

When Americans go to the polls they are voting for the electoral college in that state.

The job of the group of people elected is to choose the President and Vice President.

There are 538 electors in total and for Biden or Trump to win they need to win 270 or more votes. 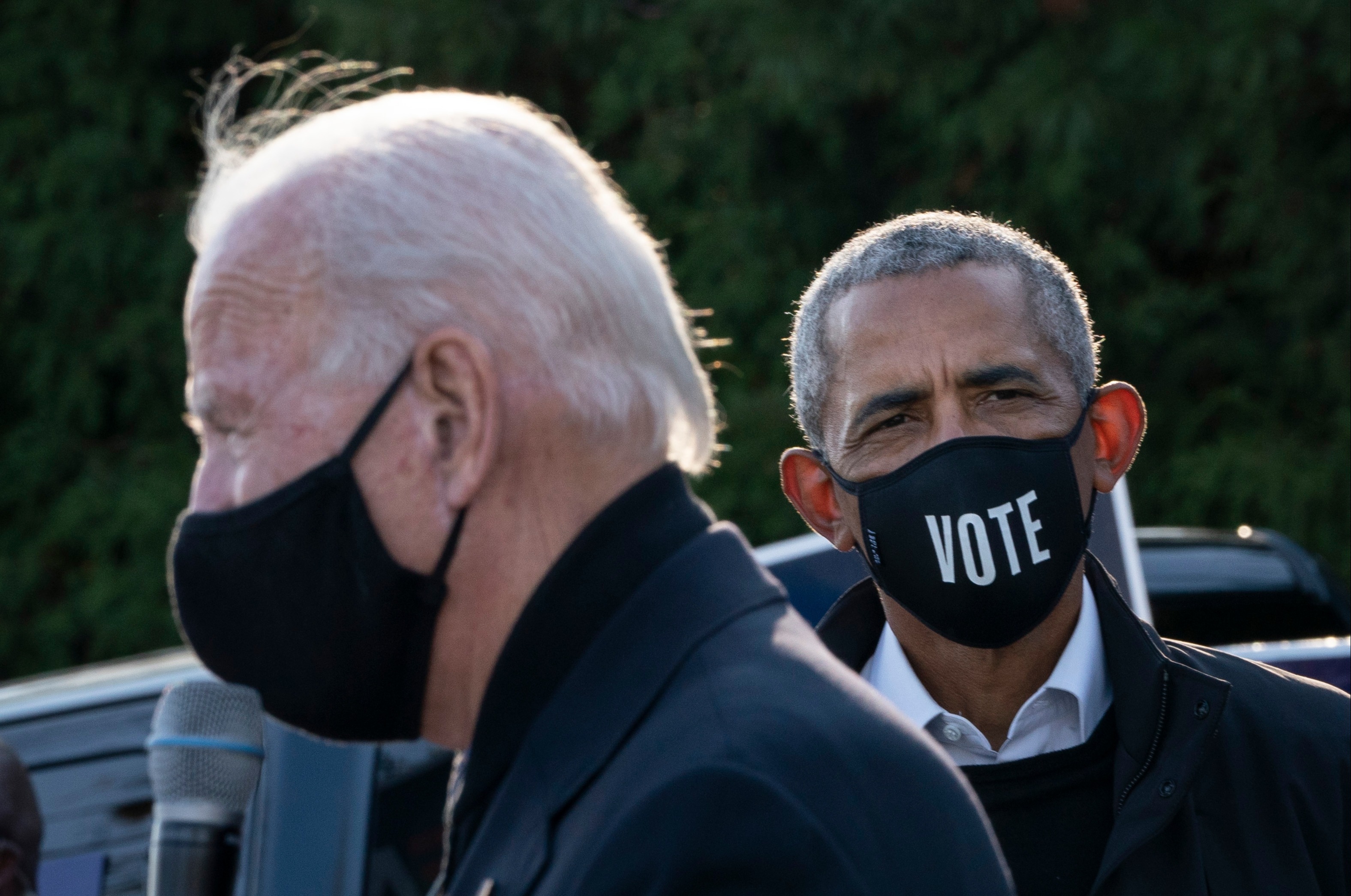 How do US election polls work?

Opinions are gauged by conducting a series of questions on the public.

So far this year, pollsters have put out more than 400 national Presidential general election polls, an average of about two per day.

This is mostly done via telephone with computer software generating numbers randomly.

Did the 2016 US election polls get it right?

The outcome of the 2016 presidential election surprised a lot of people – none more so than many political pollsters.

Most polls correctly predicted a popular vote victory for Hillary Clinton, but overestimated the size of her lead.

The result was that Trump's electoral college victory was a surprise to analysts.