The Chinese Communist Party faces growing international condemnation of its repression of Uighurs in Xinjiang, as the incoming Biden administration backs the US Secretary of State Mike Pompeo's decision to label it a genocide. 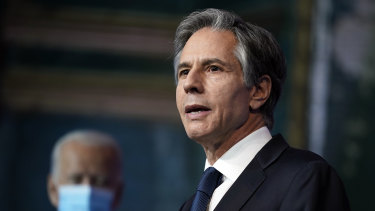 "I believe this genocide is ongoing, and that we are witnessing the systematic attempt to destroy Uighurs by the Chinese party-state," Pompeo said in a statement ahead of the hearings.

Asked by Republican legislators if he agreed with the assessment, Blinken responded: “That would be my judgment as well".

The designation is only the third time in history the US has officially accused another government of attempting to destroy a people. Though largely symbolic, the bipartisan move could help pave the way for trade negotiations to be blocked and further sanctions to be implemented on the world's second largest economy.

The Communist Party is estimated to have detained up to 1 million Uighur Muslims in re-education camps in north-western China. It has also been accused by human rights groups of forced sterilisation and ethnic cleansing. The Chinese government has denied the claims, arguing the camps are part of an anti-terrorism initiative and accused the US of attempting to smear and discredit China.

The label has never been officially applied to a superpower before. George W Bush's administration was the first to apply it to civil-war crimes in Darfur in Sudan in 2004, while former president Barack Obama's secretary of state John Kerry described Islamic State's actions in Iraq and Syria as genocide in 2016. 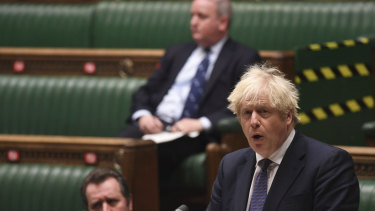 British Prime Minister Boris Johnson on Tuesday narrowly avoided losing a vote by 319-308 that would have seen the British government forced to revoke trade deals on those grounds. The British Chamber of Commerce in China and business leaders have urged the government to push on with a post-Brexit trade deal with Beijing to bolster the local economy.

The bill, which passed the House of Lords but not the Commons, was propelled by the Inter-Parliamentary Alliance on China, a ginger group of international MPs with more than 150 members across a dozen countries, including Australia.

Lord David Alton, an IPAC member and co-sponsor of the amendment in the Lords, said he would re-draft amendments and send it back to the Commons.

“The fight does not end here," he said. "We will continue to do all we can to ensure that Uighurs and other victims of alleged genocide have a route to justice through UK courts."

The US designation and the UK legislation are expected to propel campaigns in Australia for Canberra to take further action on China's human rights abuses. Beijing hit Australia with half-a-dozen trade strikes in 2020 after it led calls for an investigation into the coronavirus, and criticised China's actions in Hong Kong and Xinjiang.