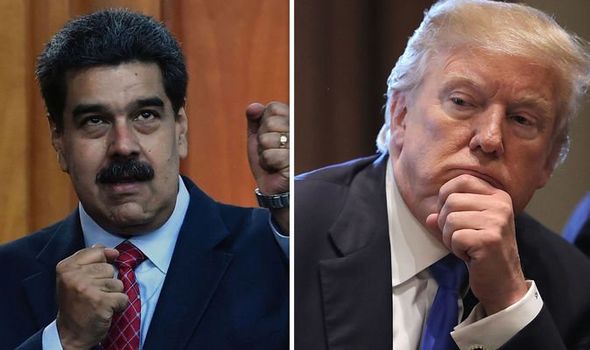 According to Newsweek, publication The Grayzone alleged the US and officials from Colombia and Brazil had discussed the possibilities of taking down the socialist leader. The countries would launch a military intervention in order to topple Maduro. Last weekend, Maduro ordered that one million more people should join the civilian army in support of his government.

But Delcy Rodriguez, Venezuela vice president, staunchly condemned the US.

In a tweet she said that the “international community and its multilateral legal bodies must know that a criminal plan is underway to attack Venezuela militarily”.

She wrote that the US had shown a “pathetic show of recognition” for Maduro’s rival Juan Guaido.

Ms Rodriguez added: “US, Colombian and Brazilian officials who plot to ignore the will of the people of Venezuela through military violence are committing crimes against humanity and are internationally responsible! 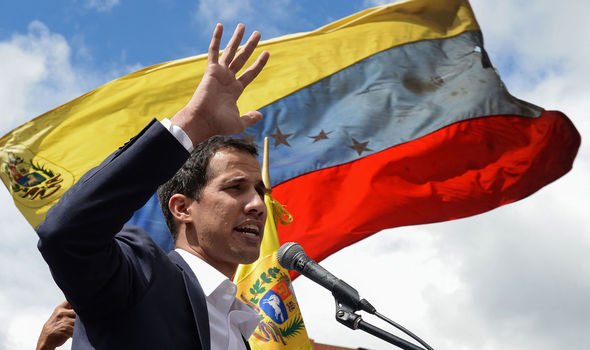 “The same goes for those ‘Venezuelans’ who join in on this crime!”

The US vehemently backs Mr Guaido, who many countries consider the rightful leader of Venezuela.

Since 2002, Venezuela has accused the US of intervening in its affairs.

But White House national security adviser John Bolton said on Twitter: “Maduro is undermining the constitutional duty of the Venezuelan military by unilaterally expanding the untrained and undisciplined armed militia.

“He does not trust the FANB, which must exist to protect the people of Venezuela.” 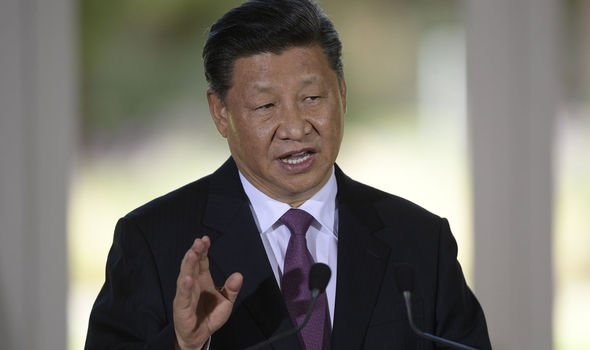 Venezuela’s allies China, Russia and Iran have heavily criticised the US for comments it continues to make on the South American nation.

Chinese Foreign Ministry spokesperson Lu Kang said: “The US has long been treating Latin America as its backyard, where it would resort to wilful use of pressure, threat or even subversion.

“People can tell right from wrong.”

Russia also waded into the debate by arguing that the US was “openly meddling in the internal affairs of sovereign countries”.