The Trump administration did not create the crisis in which Turkey finds itself but it is doing precious little to try to turn it around.

A decade ago Turkey was often held up as the shining example of a Muslim-majority country with a strong democracy. Sadly in recent years it has lost that mantle. 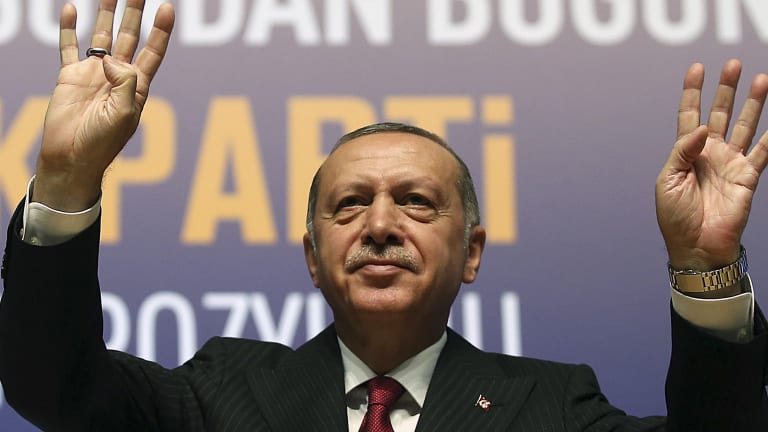 Turkey's Islamist President Recep Tayyip Erdogan who has been in power for 15 years, has adopted increasingly authoritarian methods since surviving a military coup in 2016.

In a purge that has spread far beyond the plotters, he has arrested or sacked tens of thousands of alleged sympathisers of exiled religious leader Fetullah Gulen, whom Mr Erdogan says inspired the coup.

Under domestic pressure, Mr Erdogan has damaged Turkey's generally dynamic economy by ordering the central bank effectively to print money. With inflation at 16 percent he has put the country's finances in the hands of a team led by his son-in-law. In recent weeks Turkey has slipped into an economic crisis typical of an emerging market where it is struggling to reply large hard currency debts. The Turkish currency, the lira, is down 40 percent this year. Turkish firms that owe US dollars may have to default.

The Trump administration has chosen this time to start a fight with Turkey over its decision to arrest an evangelical preacher, a US citizen, who allegedly worked with the Gulenists. The US has slapped trade and political sanctions on Turkey which have unsettled already skittish markets. Turkey has struck back. The economic crisis and the diplomatic crisis compound each other.

The US and the West has long faced a difficult task dealing with Mr Erdogan's regime. In theory, Turkey is a NATO member which plays a key role in the Middle East. Mr Erdogan however has made war on the Kurds, key US allies in Syria, and if pressed on human rights moves closer to Iran and Russia economically and even militarily.

The White House's campaign for the release of the Christian missionary seems primarily motivated by pressure from US Vice President Mike Pence and his evangelical support base.

Mr Trump may well be right that in this moment of weakness he can push Turkey around. But Mr Erdogan, who just won re-election with dramatically increased constitutional powers, is not going anywhere.

One problem here is that short-term politics is being mixed so closely with economics. When these crises occurred in the pre-Trump era the International Monetary Fund would step in with a loan program linked to some longer-term economic reforms.

The IMF has a mixed record, not least during the Asian financial crisis in 1997 and 1998, and has been accused of being the US puppet. But at least it was notionally multinational and separated the politics from the economics.

Mr Trump hates multinational action of any kind and seems unwilling to send the IMF in, leaving the bail out to countries like China, Russia and Qatar with their own agendas. This is remiss since a collapse in Turkey would have global financial consequences and is already driving down stock markets in emerging countries which face similar vulnerabilities to a rising US dollar.

Mr Trump should try to avoid starting another of his petulant diplomatic and trade wars. The

priority should be to keep Turkey on song with the US and the West in managing the region's many conflicts. Australia with its large Turkish Australian population and concerns over refugee flows has a stake in making sure that Turkey's economy pulls through and its democracy thrives again.