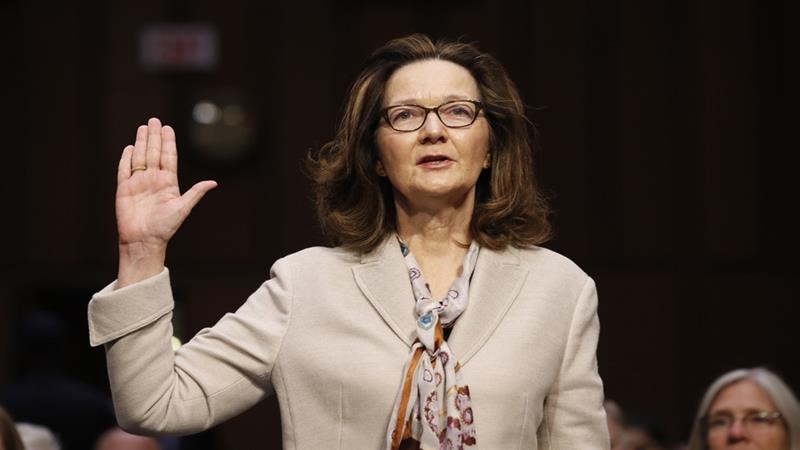 A key US Senate panel has approved President Donald Trump’s nominee to head the Central Intelligence Agency (CIA), Gina Haspel, paving the way for her confirmation to lead the spy agency.

The Senate Intelligence Committee voted 10-5 behind closed doors to approve her nomination on Wednesday.

Despite criticism of her ties to the CIA’s former “enhanced interrogation” programme for “terror” suspects in the years after the September 11 attacks, Haspel is expected to become the agency’s first female director.

Senator Richard Burr, the committee’s Republican chairman, said in a statement that Haspel is the best person to lead the CIA, saying she “has acted morally, ethically, and legally” during her career.

Haspel, a 33-year CIA veteran, is currently its acting director.

She faces what will likely be a close confirmation vote in the full Senate.

That is in part because she was the CIA chief of station in Thailand in 2002, where the agency ran one of its secret “black” prisons where suspected al-Qaeda detainees were interrogated using methods that included waterboarding, a form of simulated drowning widely considered torture.

The vote could occur before the end of the week.

“As director of the CIA, Gina Haspel will be the first operations officer in more than five decades to lead the agency,” Warner said in a statement.

“Most importantly, I believe she is someone who can and will stand up to the president if ordered to do something illegal or immoral – like a return to torture,” he said.

She needs a majority to be confirmed in the 100-member Senate, which Republicans control 51-49.

During her confirmation hearing on May 9, Haspel said the CIA would not resume the programme and allow torture, even if she was ordered to do so by the president.

Trump vowed as a candidate to resume waterboarding and promised techniques “a hell of a lot worse”.

Earlier on Wednesday, Gerald Staberock, secretary-general of the World Organization Against Torture, said Haspel’s confirmation would send a “terrible message by the US that torture is not a crime”.

“Usually it should bring you to prison, but not into heading the country’s key intelligence office,” Staberock told Al Jazeera.

“It’s a message to everybody in the CIA and the security apparatus that you can make a career while you torture people.”

When Haspel visits other parts of the world she will have “zero authority” to speak out against abuse and torture, Staberock added.