A GROUP of US veterans have launched their own mission to rescue Afghan allies amid growing calls for Joe Biden to be impeached over ongoing evacuation chaos in Kabul.

As the August 31 deadline looms, a number of US special operations soldiers have decided to work unofficially in tandem with the military and embassy to shepherd Afghan Special Forces troops and their families to safety. 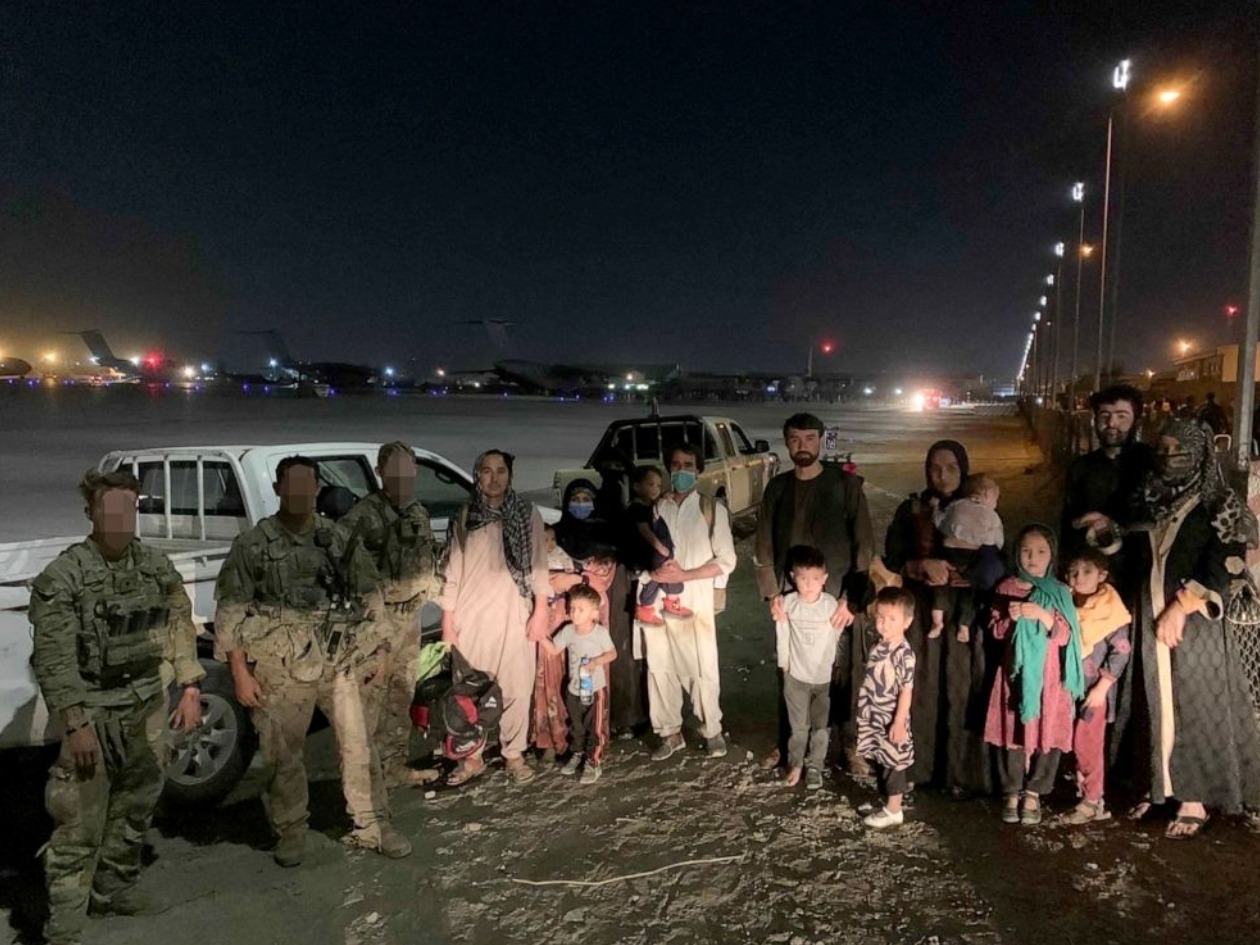 The group is made up of volunteer US troops including retired Green Berets and SEAL Team commanders who have dubbed the mission Pineapple Express, having launched it after one of the Afghan commandos they served contacted them to say he was on the run from the Taliban, ABC News reports.

At first, the soldiers worked by sending their comrades to a gate and telling them to identify themselves with the password "pineapple" to be put on a plane by the Marines on the ground, or by flashing a picture of a pineapple on their phones.

Hundreds were able to be evacuated this way, and so the special ops teams moved into Kabul – behind enemy lines – in a bid to rescue more allies and their families at night time.

By Thursday morning, the outlet reports that as many as 500 Apeople had been helped into the airport – just moments before a suicide bomber killed more than 100, including 13 US troops, at the site.

"Dozens of high-risk individuals, families with small children, orphans, and pregnant women, were secretly moved through the streets of Kabul throughout the night and up to just seconds before ISIS detonated a bomb into the huddled mass of Afghans seeking safety and freedom," Army Lt. Col. Scott Mann, a retired Green Beret commander who led the private rescue effort, told ABC News.

"This Herculean effort couldn't have been done without the unofficial heroes inside the airfield who defied their orders to not help beyond the airport perimeter, by wading into sewage canals and pulling in these targeted people who were flashing pineapples on their phones"

It comes as the President faces calls to resign over his handling over the Afghanistan crisis, with Donald Trump has said he would "never" have allowed the horror Kabul airport bombing to take place.

He described the bombing as "an evil act" that should "never have been allowed to happen" in a video message released Thursday night.

In a direct attack on his successor, Trump added the ISIS suicide bombing wouldn't have taken place "if I were your president".

The ex-president took another swipe at Biden today as he slammed him for giving Taliban insurgents a "kill list" of people waiting to be evacuated from Afghanistan.

The former president warned Afghan allies that they are in "great danger" following the deadly blast in Kabul.

US officials reportedly gave militants the names of Americans, green card holders, and Afghan allies so they could gain access to Kabul airport.

Biden didn't deny that names may have been handed over to the Taliban while he was being quizzed by reporters, Politico reported.

Trump railed against the president as he told Fox News: “Now we’re giving lists of Americans to the Taliban so now you just knock on the door and grab them and take them out.

“When you are watching now is only going to get worse, it can only go one way.

"We look like fools all over the world. We are weak, we are pathetic, we are being led by people that have no idea what they are doing."

It comes as desperate Afghans continue to scramble to Kabul airport despite yesterday's attack in a last-ditch attempt to flee the Taliban.

Terrified Afghans have jammed a sewage canal outside Kabul airport where a suicide bomber blew himself up and sent bodies flying on Thursday.

The Pentagon said on Friday that a deadly attack at the gate to Kabul airport in Afghanistan on Thursday was carried out by one suicide bomber, not two.

"I can confirm for you that we do not believe that there was a second explosion at or near the Baron Hotel, that it was one suicide bomber," Army Major General William Taylor told reporters.

ISIS claimed responsibility for the attack as the terror group released a picture of one of the suicide bombers Abdul Rehman Al-Loghri.Play Video

Another 200 people were wounded while 132 were left so maimed by the attack that they're unidentifiable, according to a CNN correspondent in Afghanistan.

Thousands of men, women and children have continued to flee Taliban rule but their chances are fading fast as US and UK forces have begun packing up ahead of Tuesday's deadline. 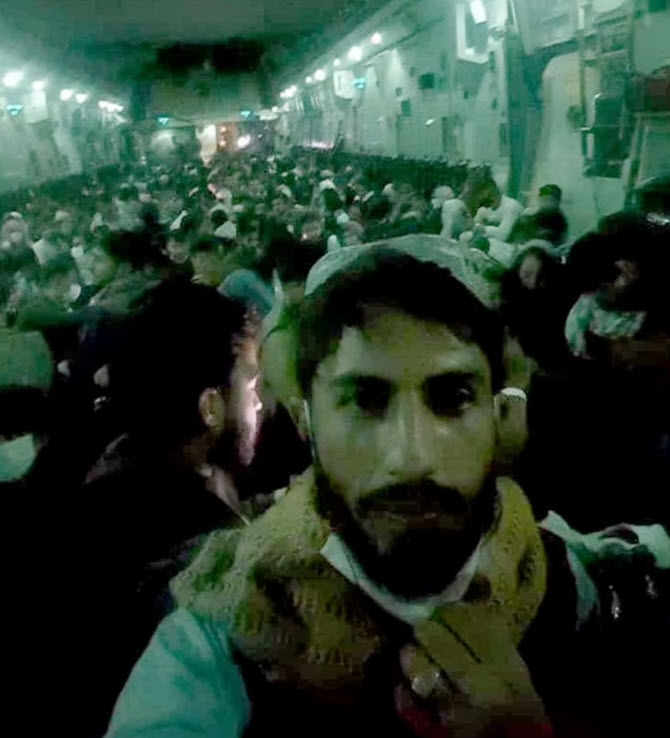 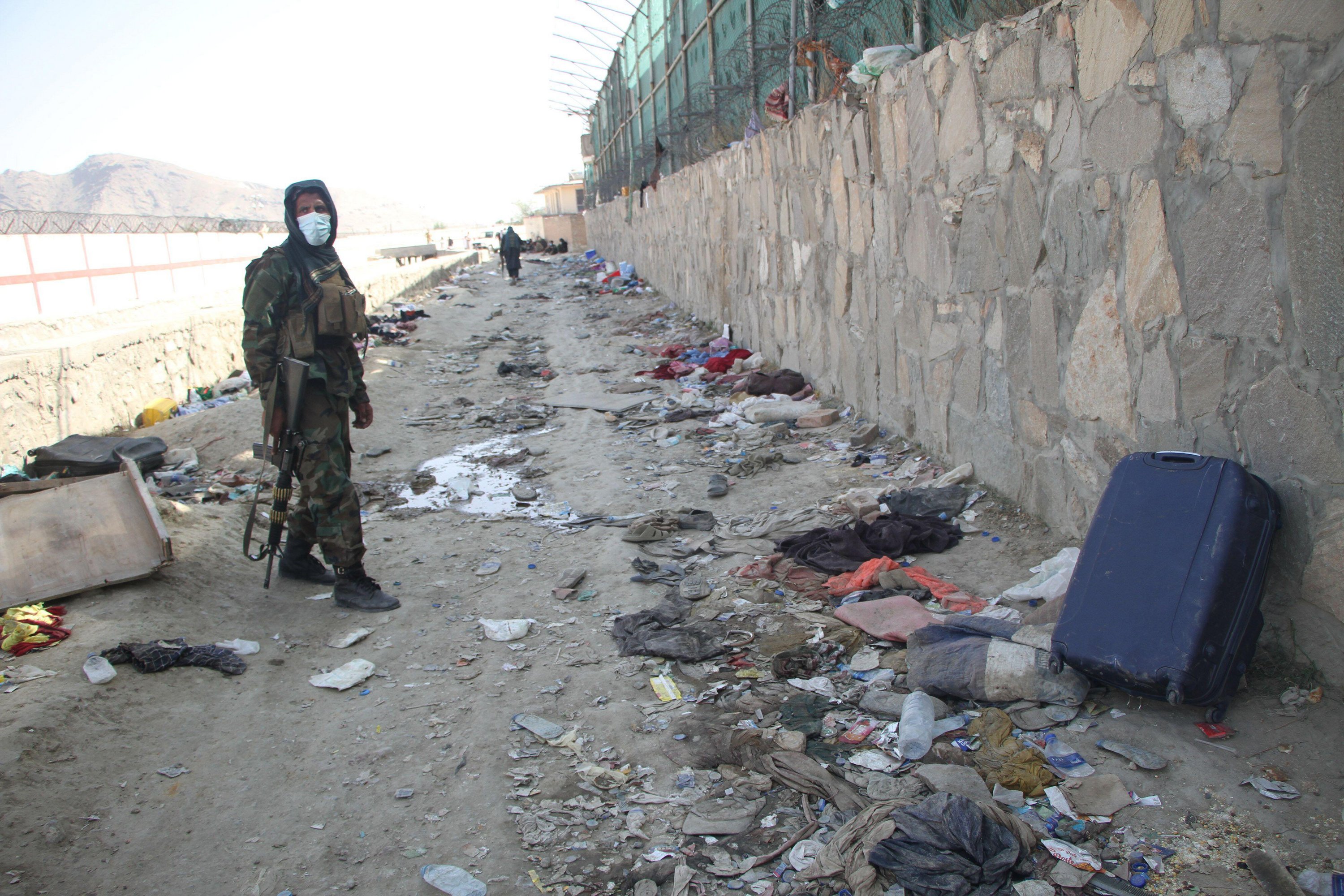