US tells Palestinians to take diplomacy through U.S. embassy in Israel

Trump administration tells Palestinians they have to conduct diplomacy through the U.S. embassy in ISRAEL as Pompeo downgrades State Department office

The United States downgraded its main diplomatic mission to the Palestinians on Thursday, placing it under the authority of the U.S. embassy to Israel.

Secretary of State Mike Pompeo said the consulate general, a separate office which handled dealings with the Palestinians, would be replaced by a new Palestinian Affairs Unit inside the controversial new U.S. embassy in Jerusalem.

The move was quickly condemned by the Palestinians and it could leave the U.S. as the only major power without a specific representative office dedicated to the Palestinians. 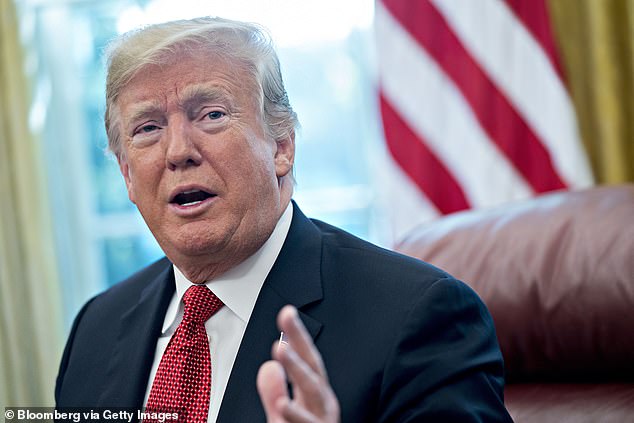 President Donald Trump’s administration told the Palestinians they have to communicate through the U.S. Embassy in Israel 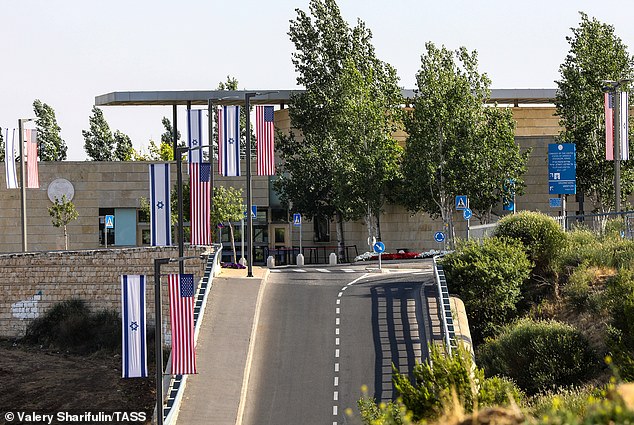 The U.S. Embassy (seen above) was relocated to Jerusalem in May

It would also leave the ambassador to Israel, David Friedman, who is reviled by Palestinians over his support for Israeli settlements in the West Bank, as the main interlocutor with the Palestinian leadership.

Pro-Israel advocates hailed the decision, saying it confirmed the U.S. recognized the whole of Jerusalem as part of Israel.

Pompeo denied the decision represented a shift in policy, but it came after a series of moves, including shuttering the Palestinian mission in Washington and moving the US embassy from Jerusalem to Tel Aviv.

‘This decision is driven by our global efforts to improve the efficiency and effectiveness of our operations. It does not signal a change of U.S. policy,’ Pompeo said in a statement.

He said the United States ‘continues to take no position’ on how any peace deal between the Israelis and Palestinians would take shape.

A State Department official, however, confirmed that the role of U.S. consul general will cease to exist and its current head will return to Washington.

‘The US decision… has nothing to do with ‘efficiency’ and a lot to do with pleasing an ideological US team that is willing to disband the foundations of American foreign policy, and of the international system, in order to reward Israeli violations and crimes,’ the Palestinians’ chief negotiator Saeb Erekat said.

‘The Trump administration is part of the problem, not part of the solution,’ Erekat said in a statement.

Israel seized control of east Jerusalem during the 1967 Middle East war in a move never recognized by the international community.

More than 200,000 Israelis now live in the Palestinian eastern part of the city and its future is one of the thorniest issues in the Israel-Palestinian conflict.

International powers have for decades maintained separate and autonomous representations to Israel and the Palestinians on the basis of supporting the two-state solution and the eventual creation of an independent Palestinian state. 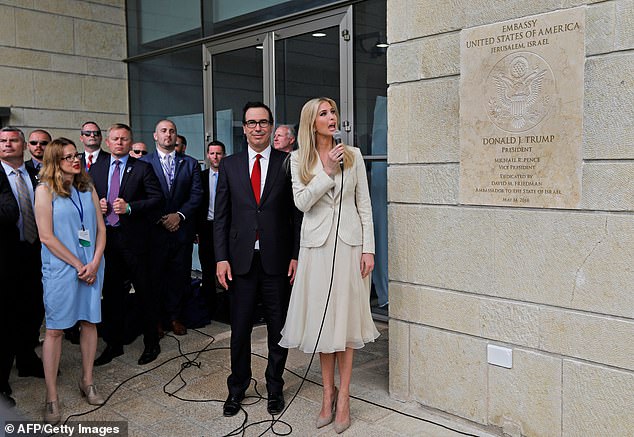 Treasury Secretary Steve Mnuchin and Ivanka Trump unveil an inauguration plaque during the opening of the U.S. embassy in Jerusalem on May 14, 2018 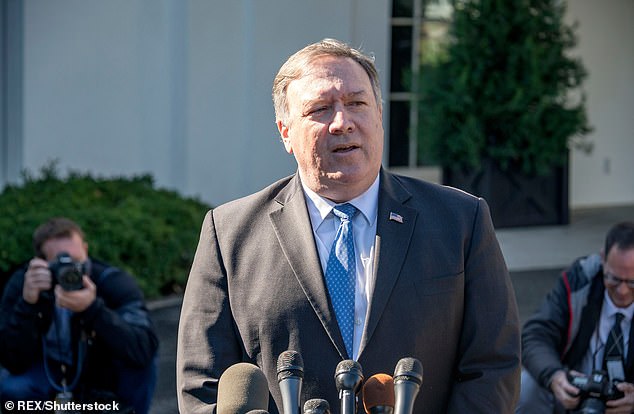 ‘This decision is driven by our global efforts to improve the efficiency and effectiveness of our operations. It does not signal a change of U.S. policy,’ Secretary of State Mike Pompeo said of the decision

They have insisted the status of Jerusalem, which both the Israelis and Palestinians see as their capital, should be negotiated between the parties.

The embassy was officially transferred on May 14, sparking violent protests in Gaza in which more than 60 Palestinian protesters were killed by Israeli fire.

Ofer Zalzberg of the International Crisis Group think-tank said Thursday’s announcement meant that the U.S. would be the only major power without a separate, independent representative office for the Palestinians.

‘Other countries have gone to great lengths to avoid having the same representatives to Israel and the Palestinian Authority,’ he told AFP, pointing out even small countries separate their Palestinian and Israeli operations.

‘As far I know this is unprecedented.’

Eugene Kontorovich, a law professor with the Jerusalem-based Kohelet Policy Forum and advocate for the embassy move, said the decision was more evidence the US considered Jerusalem to be fully part of Israel.

‘This step confirms that the U.S. recognizes the entire city as Israel’s capital,’ he said.

Trump has been angered by the Abbas boycott and has cut hundreds of millions of dollars in aid in a bid to force them back to the negotiating table.

His son-in-law Jared Kushner, alongside Friedman and peace envoy Jason Greenblatt, have been working for months on a still-secret peace proposal.

On September 13, the United States shut down the Palestinian mission in Washington.