Beijing: The trade war with the United States is hitting the Chinese economy but the impact is "manageable", China's top statistician said on Monday, as data showed Chinese economic growth at its slowest in three decades.

Chinese growth fell to 6.4 per cent in the December quarter, slower than GDP growth of 6.6 per cent for 2018, which was above target. 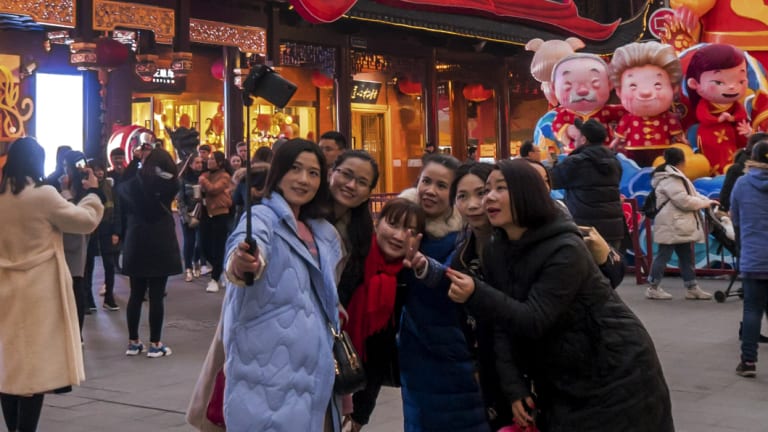 Women take a selfie as others tour at the Yu Garden decorated with pig statues for Lunar New Year in Shanghai on Saturday. The latest economic figures show China’s middle class is rapidly expanding.Credit:AP

The deputy director of the China Relations Institute at the University of Technology, Sydney, James Laurenceson, said the fall below 6.5 per cent growth in December "confirms a marked slowdown is taking place".

However the 6.6 per cent growth for 2018 "also means that more new purchasing power was added to China’s economy last year than in any previous year. So on balance the performance isn’t disastrous".

He said retail sales had held up in December. Online retail grew 20 per cent in 2018.

"China’s economy today is like a single engine aircraft driven by consumption and services. Things can be held together unless that engine starts to splutter," said Laurenceson. 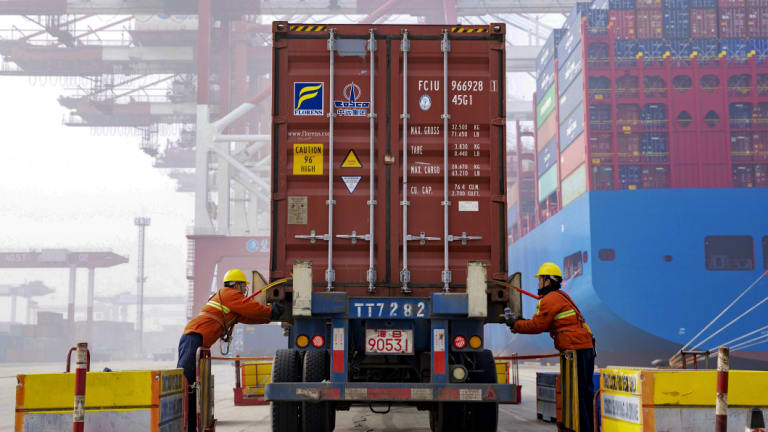 Workers check on a container before loading to a cargo ship at the Qingdao port in east China’s Shandong province. Credit:AP

Joske says it is "reasonable" for the Chinese government to  say it can deliver stable growth in 2019 despite the trade war, but "to manage that it will need to do more stimulus, and the problem is when China does stimulus it tends to be large".

China's priority before the trade war was deleveraging the financial risk racked up by big-borrowing local governments. A stimulus program could undermine this.

Joske said China had achieved success in its program to cut over-capacity in state owned industries: Steel capacity was cut by 30 million tonnes and coal by 150 million tonnes in 2018.

This impacts Australian exports of iron ore, a key ingredient in Chinese steel making, and coal, because Australia's higher grade coal is seen as a cleaner substitute.

Laurenceson said: "Whatever doubts there are about the reliability of Chinese economic data, the latest Australian data show goods exports to China up 14.6 per cent over the past year and services up 17.2 per cent. In other words, demand from our biggest customer is still growing at a double-digit rate. That means there’s a pretty sizeable buffer before China starts to become a drag on the local economy." 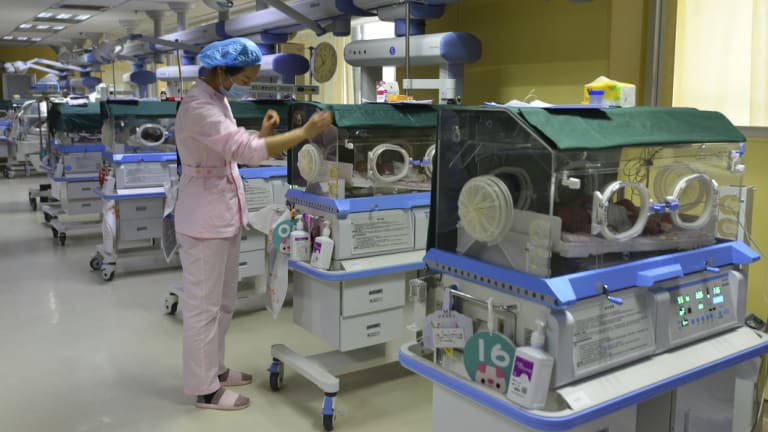 China’s birth rate is still falling but the country’s ‘bigger challenge’ is finding work for the 200 million unemployed.Credit:AP

But he said the biggest change for the Chinese economy was the uncertain international situation. "The financial markets, the dramatic volatility of commodity prices, the sharp decline in global investment, the prevalence of global trade protectionism and unilateralism all had an impact on the second largest economy."

The birth rate fell to the lowest in decades. Ning said it was "moderating", but the bigger challenge was finding employment for the 200 million working age Chinese who remained out of work.

The urban unemployment rate in December was 4.9 per cent, up slightly from 4.8 per cent in November.

In other signs of the trade war biting, factories in the manufacturing hubs of Guangzhou and Shenzhen were reported to be laying off workers in December.

On Friday, the Chinese government revised its official GDP figure for 2017 down from 6.9 per cent to 6.8 per cent.