Vaccinated people feel antipathy towards those that refuse to get jab

Vaccinated people despise those who refuse to get the jab – but the opposite is not true, study reveals

People who have had the Covid-19 vaccine hold negative views about others who have refused the inoculation, a major new study has found.

Researchers from Aarhus University in Denmark questioned some 10,000 people from 21 countries to establish their opinion.

Publishing their findings, the research discovered anti-vaccine people are viewed negatively. However, those who have refused the jab do not think less of those who sought protection. 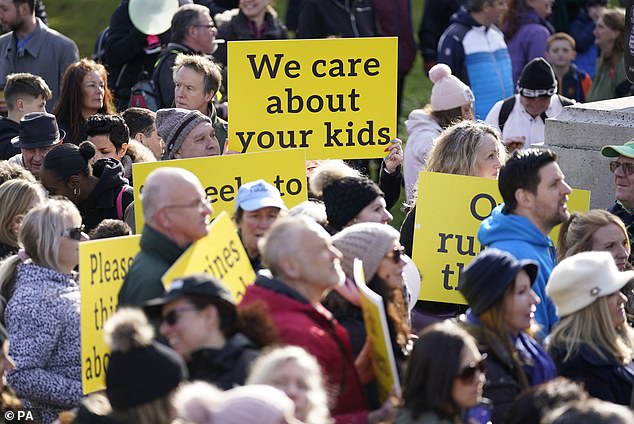 Researchers from Aahaus University in Denmark questioned 10,000 people across 21 countries about their opinions on those who have refused to get vaccinated against Covid-19 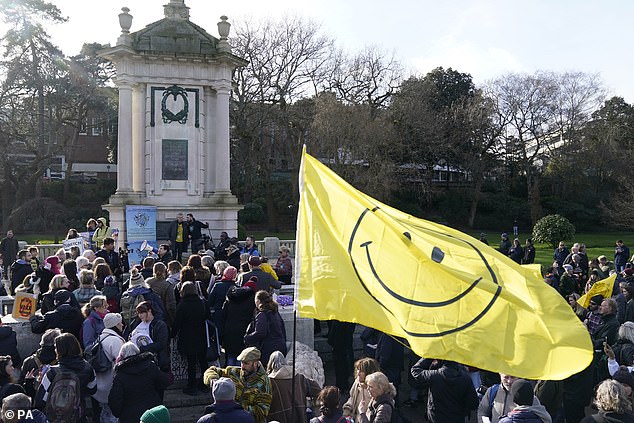 Those who refused to get vaccinated are seen as ‘untrustworthy and unintelligent’, pictured a protest against vaccine passports in Bournemouth earlier this month

According to The Times, the researchers found that vaccinated people held ‘stereotypic inferences that unvaccinated individuals are untrustworthy and unintelligent, making the antipathy resemble prejudice towards other deviant groups’.

Participants of the survey were shown a fictional portrait of an individual, including their age, occupation personality and vaccine status.

The researchers asked whether they would be happy if a close relative was going to marry an anti-vaxxer. Among those who have had their jabs, there is a 13 per cent drop in approval.

The study found that vaccinated people would be far happier seeing a close relative marry a middle eastern migrant rather than someone who has not been jabbed.

The researchers said: ‘In the short run, prejudice towards the unvaccinated may complicate pandemic management. In the long run, it may mean that societies leave the pandemic more divided than they entered.’