Venezuela will cut FIVE ZEROS from its currency

Venezuela is minting a new currency with five less zeroes than the bolivar in a desperate attempt to stem inflation and tackle its economic crisis.

The new ‘sovereign bolivar’ will enter circulation on Monday, which has been declared a national holiday so that the population can get used to the new banknotes.

Inflation in Venezuela is forecast by to hit a million per cent this year, with a cup of coffee now costing around two million bolivars. 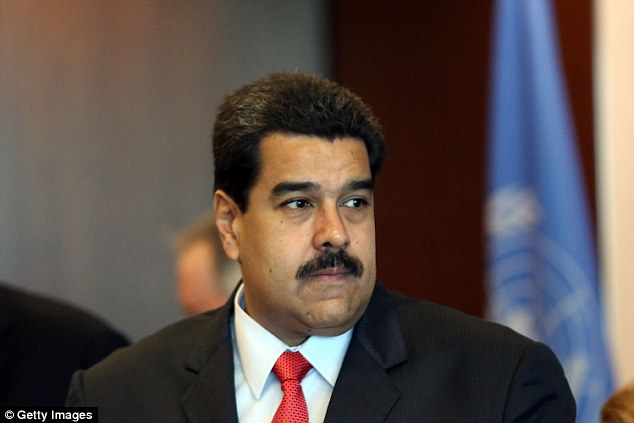 President Nicolas Maduro (pictured) said the virtual petro currency, which was launched in February, would be a second ‘accounting unit’ for the country alongside the bolivar

Maduro said the virtual petro currency, which was launched in February, would be a second ‘accounting unit’ for the country alongside the bolivar and would have an official exchange rate.

Maduro said he would unveil a new salary and pricing system which would be anchored to the petro, which is backed by oil, ABC International reported.

The president said: ‘As of next Monday, Venezuela will have a second accounting unit based on the price, the value of the petro. 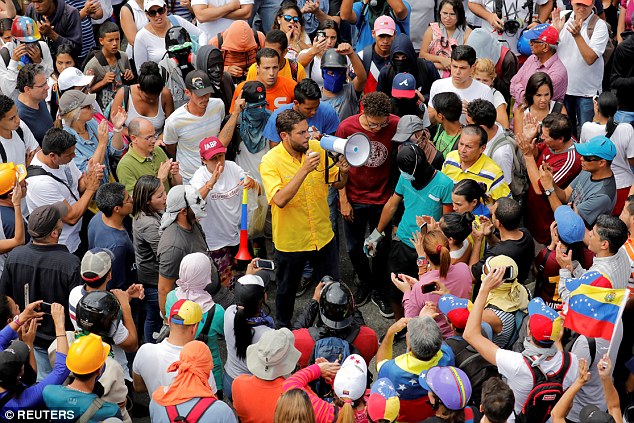 Venezuela’s president said the country’s central bank would publish an exchange rate for the new virtual currency. Pictured: an anti-Maduro rally in Caracas

The country’s central bank would publish an official exchange rate between the petro and bolivar as well as the petro’s value in foreign currencies, he said.

In March President Donald Trump banned Americans from using the cryptocurrency in a move to stop Venezuela using it as a way to avoid U.S. sanctions.

The executive order described the petro as an ‘attempt to circumvent U.S. sanctions by issuing a digital currency in a process that Venezuela’s democratically elected National Assembly has denounced as unlawful.’

Maduro earlier said the newly denominated currency system would reactivate the economy, with old currency notes and new ones will co-exist for an unspecified period of time.

The currency reforms are the latest effort to shore up the country’s struggling economy.

Gasoline is practically given away in Venezuela with the subsidy, meaning a single liter of gasoline costs a bolivar, which is next to nothing. A dollar exchanged on the black market would buy nearly five million liters.

Maduro has announced that Venezuela’s dirt-cheap fuel will be available only to people with a special government aid card that the opposition has denounced as a tool for controlling people.

People who want to keep benefiting from subsidized gas prices in this oil-rich nation must register their vehicles by Friday using the so-called ‘carnet de la patria,’ or fatherland card, which provides access to government assistance.

In May the U.S. tightened financial sanctions against Venezuela following what the Washington called a ‘sham’ election, making it harder for the government to sell off state assets.