Two Church of England reverends have been suspended for a total of 30 months after their adulterous affair was discovered by shocked parishioners.

Reverend Rupert Kalus, who converted from Catholicism because he could not face a celibacy vow, resigned after his affair with Reverend Ali Miller was discovered.

Mr Kalus and Mrs Miller, from the Parish of Lanchester and Burnhope in County Durham, were banned from their public duties for 18 and 12 months respectively. 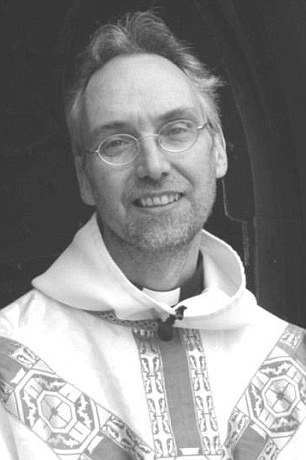 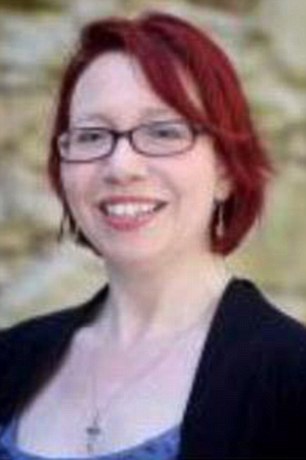 The Bishop of Durham, the Right Reverend Paul Butler, told worshippers about the news at All Saints Parish Church in Lanchester when he led the service on Sunday.

One member of the congregation told The Sun: ‘It came completely out of the blue. No one had a clue. It’s so sad because they both have partners and children.’ 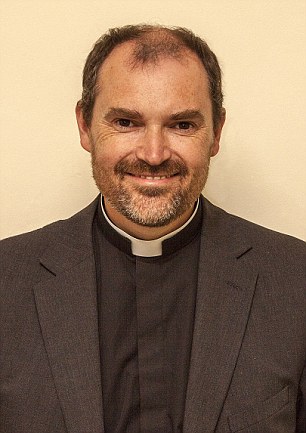 Mrs Miller is married to Reverend Andy Miller (pictured), a vicar in a nearby parish

Another worshipper said: ‘Some people are calling him ‘Randy Rupe’. When you consider the Church’s teaching, it is out of order.’

Father-of-three Mr Kalus, 56, was serving as vicar while 42-year-old Mrs Miller was curate, and they have both now left their posts.

Rt Revd Butler said: ‘We are deeply saddened that this situation has arisen and ask that you respect the privacy of both families and hold them in your prayers.’

Mr Kalus had been a vicar in Lanchester and Burnhope for 12 years. The former Catholic switched to the Church of England as he felt unable to stick to his celibacy vow.

On arriving in the parish in 2006, Mr Kalus said: ‘I thought I had a vocation to the priesthood but I hadn’t a vocation to celibacy because I wanted to get married.’ 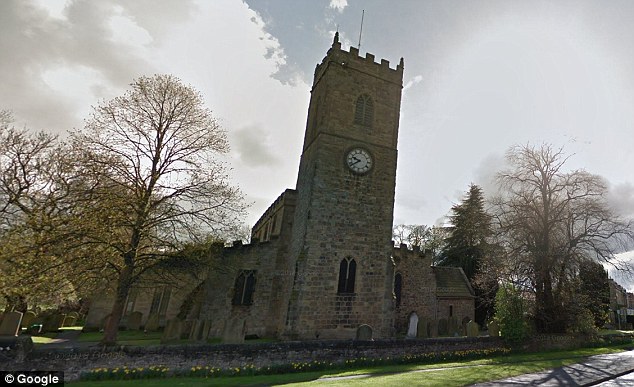 Worshippers at All Saints Parish Church (pictured) in Lanchester, County Durham, learned of the news on Sunday at a service led by the Bishop of Durham

The former teacher grew close to Mrs Miller – who is married to Reverend Andy Miller, a vicar in a nearby parish – when she was a trainee at the two parish churches of All Saints and St John’s.

She was ordained in 2015. Mr Kalus had been due to start a new role in Kilburn, North West London, this year.

Each month Mr Kalus would address his flock in the parish newsletter. But the March edition carried a poem which initially puzzled members of the parish.

Mr Kalus wrote what appeared to be a self-condemning verse in which he spoke of his ‘faithlessness and easy lies’ which confronted him as he looked in the mirror. 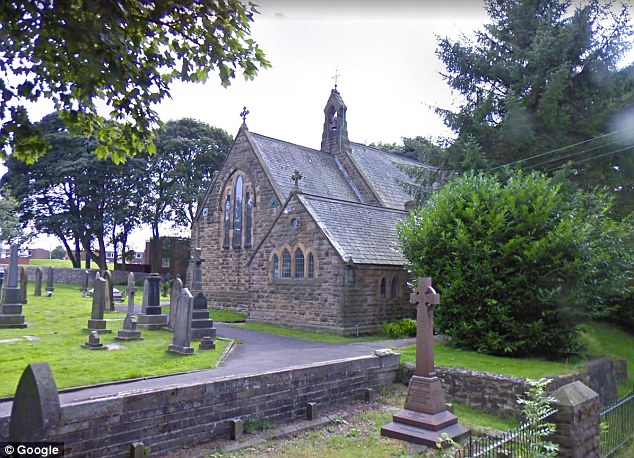 A source close to his church said: ‘It made little sense to us at the time but now we can see what he might have been referring to. It speaks of a very real and personal inner turmoil.’

When she was ordained in 2015, Mrs Miller told a Church of England newsletter: ‘I was aware of a constant urge to explore vocation to ordained ministry.

‘God’s call is often unexpected and, in my case, I felt deep within that I needed to take time to contemplate this, not least because my husband was also going through the discernment process. Gradually after much prayer – and encouragement from diverse places – I knew that this path was right to pursue.’

A Diocese of Durham spokesman said: ‘I can confirm that the Rev Rupert Kalus and the Rev Ali Miller had an adulterous affair, which has ended.

‘Following the procedures of the Clergy Discipline Measure, the Bishop of Durham has prohibited both Rupert and Ali from their public ministry for a period of 18 and 12 months respectively. They have both therefore had to resign their posts.’