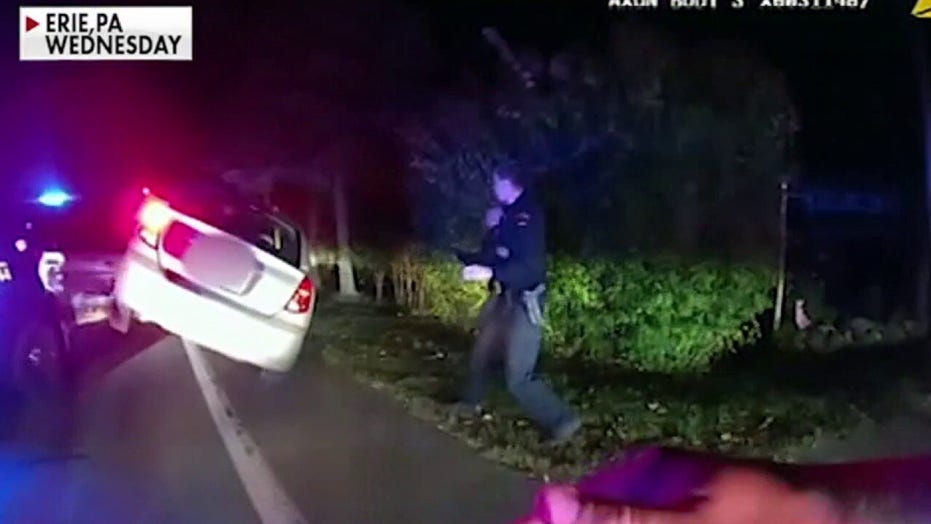 Police pursuit of a vehicle in Pennsylvania ends in arrest

The chase took place in the overnight hours Wednesday in Erie. At one point, driver David Schubert, 26, ran over a police cruiser and a guard rail. He was facing multiple charges.

Video footage shows a Pennsylvania motorist running over the hood of a police cruiser in an attempt to elude officers.

Police said around 3:30 a.m. Wednesday in Erie, Pa., officers saw David Schubert, 26, driving in the wrong lanes and chased him after he refused to pull over.

Eventually, the officers boxed in Schubert’s vehicle, but he resisted and refused to get out, police said.

“The suspect then accelerated towards officers, nearly striking two officers and hit an Erie Police vehicle, ultimately driving over the hood of the vehicle and a guard rail,” police said on Facebook.

When cops finally caught up to Schubert a second time, he was charged with aggravated assault by vehicle while driving under the influence, reckless endangerment, resisting arrest, fleeing from police and multiple traffic violations, among others, WICU-TV reported.