Virgin Atlantic has announced its first ever ‘Pride Flight’ from London to New York – featuring with every crew member on board being LGBT+.

The flight, which is timed to celebrate World Pride Day 2019, will also commemorate the 50th anniversary of New York’s Stonewall Uprising.

Those onboard the historic flight will be entertained by Broadway musical actor and star of the Netflix show Unbreakable Kimmy Schmidt, Tituss Burgess. 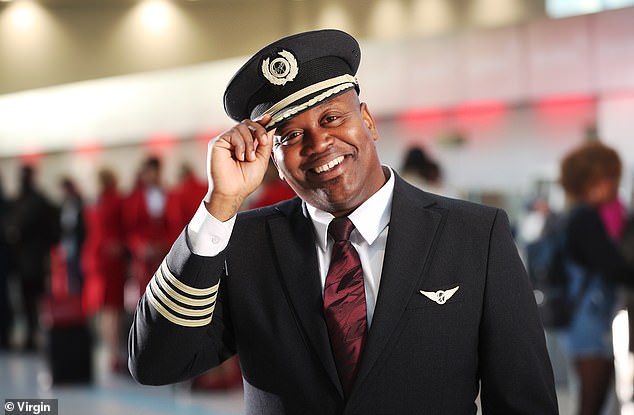 Broadway star Tituss Burgess, pictured, will host Virgin Atlantic’s Pride Flight from London to New York as part of World Pride 2019 which will commemorate the 50th anniversary of the Stonewall Riots in Greenwich Village 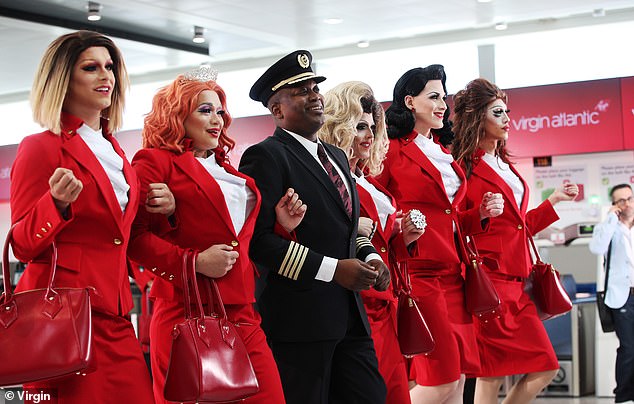 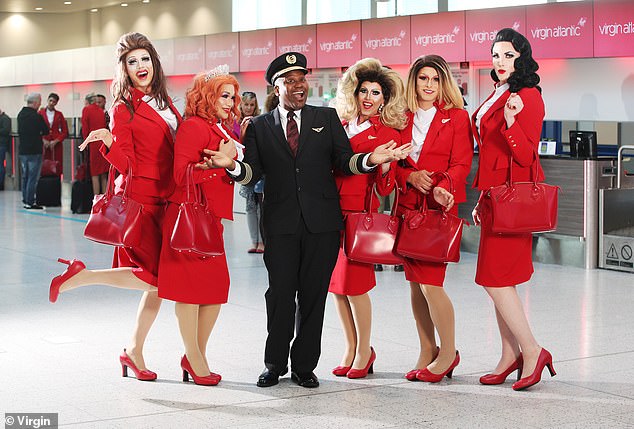 Passengers will have special entertainment at 38,000 feet including inter-seat speed dating

According to Virgin, the flight will be ‘a true celebration of queer culture at 38,000ft above the Atlantic’.

World Pride Day is being held for the first time in New York City due to the anniversary of the Stonewall Uprising in 1969.

The riots followed a raid by the NYPD on the Stonewall Inn tavern in Greenwich Village.

In June 2016, then President Barack Obama dedicated the country’s first national monument to gay rights in the area surrounding the bar. The riots and their aftermath were seen as the start of the modern international LGBT rights movement.

Commenting on the launch of the Pride Flight, Tituss Burgess said: ‘At a time when we’re seeing the rights of minority groups under threat, it is more important than ever we stand up and make our voices heard.

‘The LGBT community has made enormous strides over the last 50 years, and I’m so proud to partner with Virgin Holidays and Virgin Atlantic to mark this occasion in style and celebrate the hard-won freedoms from those who came before us.’

Mark Anderson, Global LGBT lead for Virgin said: ‘We’re not the type of company to mark an occasion like this half-heartedly and we’re going to be pulling out all the stops to ensure the Pride Flight is delivered with a large serving of Virgin flair.

‘We take our commitments to diversity and inclusion seriously, but you can rest assured we have a lot of fun along the way. This is going to be a show-stopping, ground-breaking, one-of-a-kind experience that we can’t wait to bring to the skies next June.’

The flight will depart Heathrow on Friday June 28, 2018, flying to Newark airport in New Jersey.

According to Virgin, flight deals are available for £380 or a £699 three night package.

The company said a portion of ticket sales will be donated to The Attitude Magazine Foundation. There will also be other fundraising events on board the aircraft.