The sound of popping echoes off the walls of Lindy’s Seafood as pickers crack open freshly steamed crabs to scrape out the meat.

The noise is a welcome one for Aubrey Vincent, the company’s vice president. After not being granted enough H-2B visas for the majority of Maryland’s Eastern Shore crabbing season, Vincent said she was without most of the crab pickers she needed for six months.

“We’re down 22 percent overall in our business, so basically our plan is to do the best we can to survive and hope we can get the problem fixed,” Vincent told ABC News.

She said around 90 percent of the pickers she employs at the company in Fisher’s Creek, Maryland, are seasonal workers on H-2B visas, mostly from Mexico. 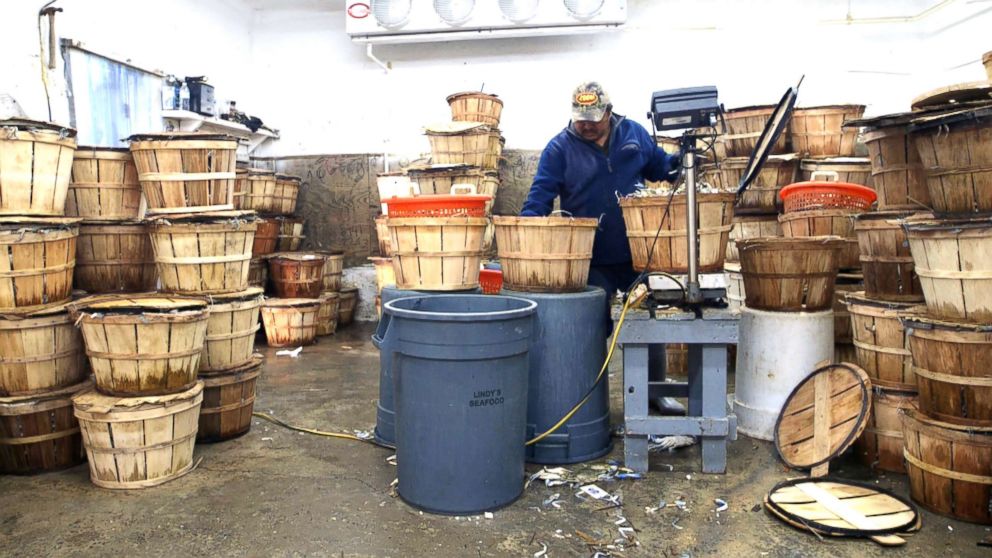 H-2B visas are a type of temporary, non-agricultural work permit that employers can apply for if they’re having trouble filling positions locally or have a seasonal need. The visas are granted as long as it doesn’t affect wages and working conditions for Americans in similar fields, according to the government.

There were 66,000 H-2B visas made available by Congress this year, with 33,000 visas available for each season: summer, which runs April to September, and winter, which runs October to March. On Jan. 1, 2018, more than 80,000 H-2B job visas were requested for the summer season alone.

By May, the Department of Homeland Security announced it would add 15,000 more visas for the 2018 fiscal year. According to The Washington Post, around a third of crab-picking jobs on Maryland’s Eastern Shore went unfilled this summer.

“USCIS will continue adjudicating all petitions, applications and requests fairly, efficiently, and effectively on a case-by-case basis to determine if they meet all standards required under applicable law, policies, and regulations,” U.S. Citizenship and Immigration Services spokesman Michael Bars told ABC News. 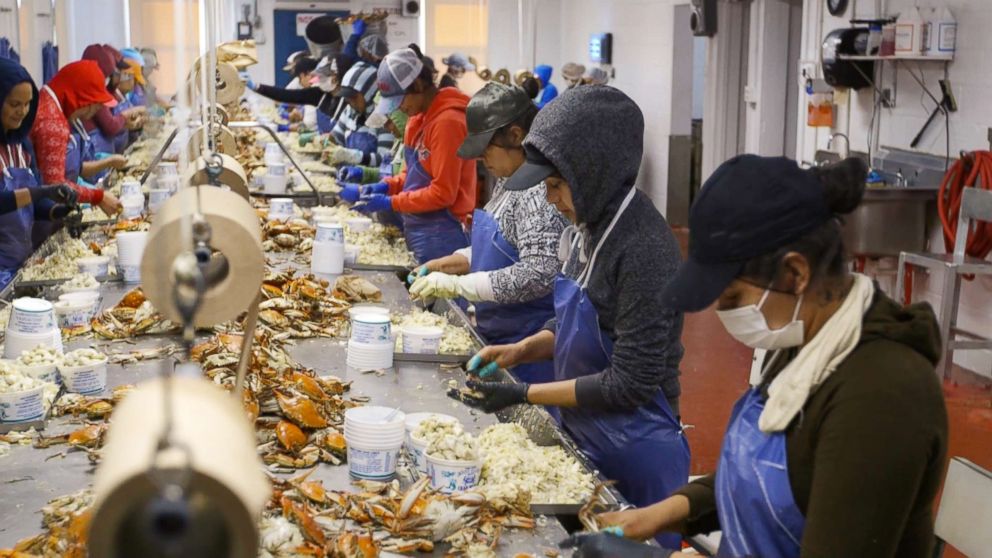 Vincent said her family has been in the business for 40 years and has always had trouble hiring local crab pickers, which led them to H-2B visa program in the first place.

“A lot of people aren’t looking for seasonal work in our local community,” she said. “The economy is really good right now. There’s a lot of full-time opportunities.”

As rows of workers continued to pick meat around Vincent, she said she is trying to remain optimistic about the future.

“We are just doing the best we can to survive and hope we can get the problem fixed,” she said.