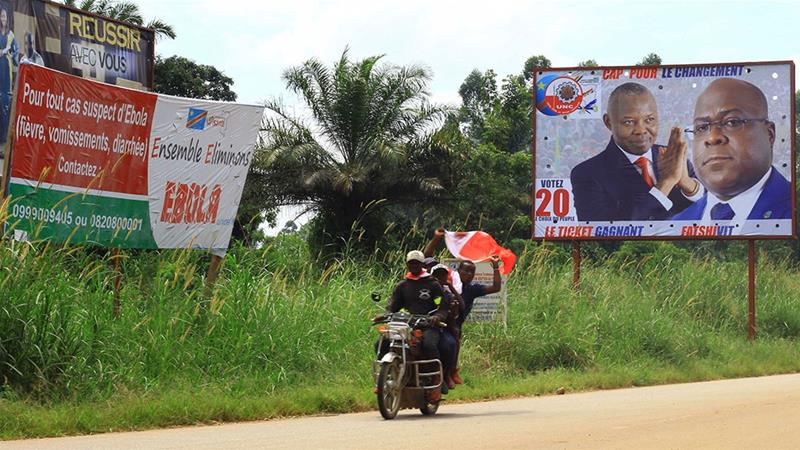 Kinshasa, DRC – An election official confirmed on Saturday that voting will take place in Ebola-hit Democratic Republic of Congo’s northeastern region on December 30, despite concerns that opening polls there might lead to new cases of the virus.

“Nothing has changed in terms of voting centres. We are maintaining the voting centres in the Ebola-affected areas as health ministry authorities did not see any specific need to change locations.” Kalamba told Al Jazeera.

Since November 28, there have been more than 500 confirmed cases of the deadly virus in North Kivu and Ituri provinces, according to the World Health Organization (WHO).

The haemorrhagic virus has killed more than 320 people since the latest outbreak started in May 2018, the UN health agency said.

The DRC’s health ministry said that measures have been put in place to make sure voting takes place in the region without any problems.

This includes requiring all voters to wash their hands before and after voting.

“Health ministry workers have been engaged in the fight against Ebola in the affected areas. They have increased measures to limit transmissions like sanitation,” Jessica Ilunga, health ministry spokeswoman, told Al Jazeera.

‘A risk we have to take’

Many voters in the region told Al Jazeera the threat of the disease will not stop them from casting their ballot.

“We know Ebola is here but this is not an obstacle for us to go and vote on December 30,” Kambale Kaputo, a civil servant in the city of Beni in North Kivu province, told Al Jazeera by phone.

“We have been sensitised to Ebola. We have been given measures to protect ourselves and this is helping. We always mingle in churches, at work and in markets. We will go and vote. It is a risk but we have to take it.” the 50-year-old added.

Christian Batenahe, a teacher from Beni, said nothing was going to stop him from heading to the polls.

“We are not worried at all. We are going to vote on December 30th because it is the right of every Congolese to go and vote. Ebola is not going to stop us,” Batenahe said.

“Nobody is afraid of Ebola here in Beni. We know people are dying from that disease but those who remain have to vote for change to come to this country,” the 33-year-old added.

More than 46 million people have registered to take part in the long-delayed poll in the mineral-rich central African country.

Elections were first scheduled to take place in 2016 but were delayed because the electoral body said it did not have the resources to hold the vote.

On Thursday, CENI postponed the vote until December 30 following a fire that destroyed voting machines at one of its main warehouses in the capital, Kinshasa.

The blaze destroyed nearly 80 percent of the 10,000 voting machines meant for the city, which is home to about 15 percent of the country’s electorate. Officials also cited the Ebola outbreak in its delay of the election.

The tightly-contested election is meant to choose a successor to President Joseph Kabila, who is due to step down after 18 years in power.

Twenty-one candidates are competing for the country’s top job.

The DRC, a country of more than 80 million people, has not seen a peaceful transition of power since it gained independence from Belgium in 1960. 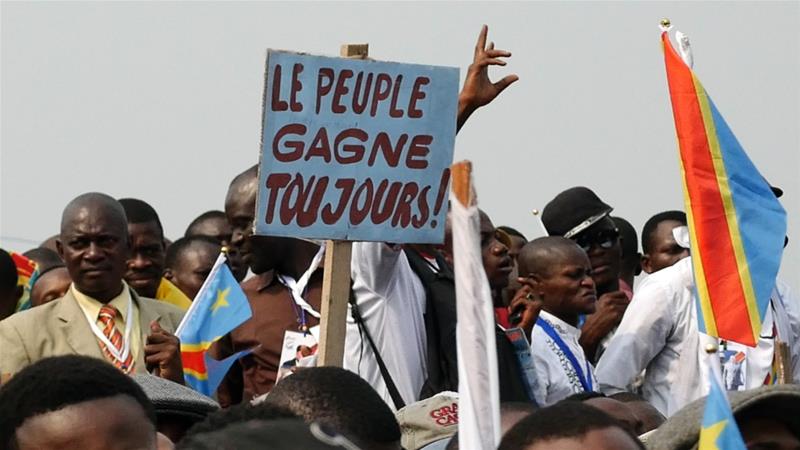 Back to Kinshasa: The Fight for Democracy in the DRC