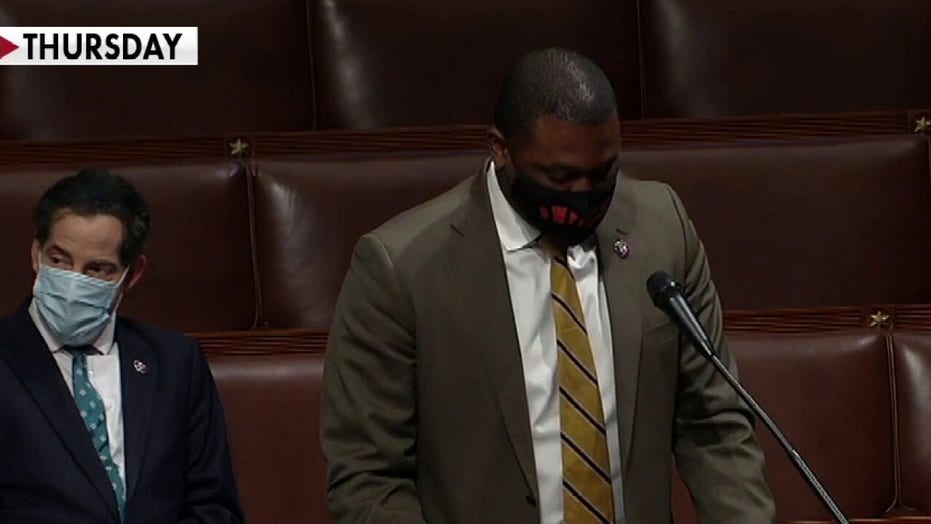 Authorities in Washington D.C., released body camera footage Monday from an officer that shows him and another cop involved in an alleged drag race that ended when they collided with another police cruiser.

On April 22, two cruisers with two officers inside each vehicle were sitting at the 1400 block of Anacostia Avenue northeast at around 5:15 p.m., the Metropolitan Police Department said. The nearly four-minute video shows the vantage point of one officer’s bodycam with no audio as he sits in the passenger seat in one of the vehicles.

The officer and his partner appear to be talking before they drive off. A little more than 30 seconds into the drive the airbags for the driver and passenger deploy. The cop in the passenger seat gets out of the cruiser and stumbles across the street.

He activated his camera upon impact.

Both police vehicles slammed into each other, authorities said. All four officers involved were hurt and the vehicles had major damage.

“The other individuals that are involved are part of the internal affairs investigation that will be going over to the Office of the Attorney General for their judicial review to make a determination on what the next steps will be – if there will be any charges that come out of this investigation,” he said.