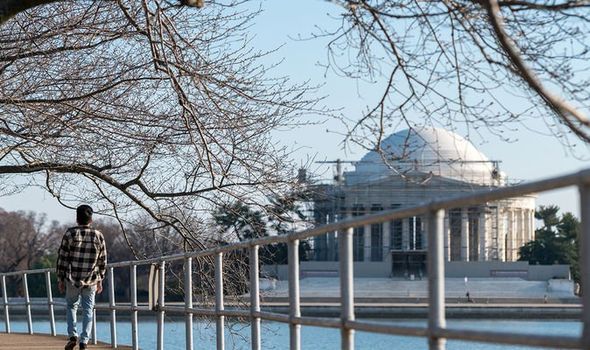 Kristen Metzger, deputy communications director for the Metropolitan Police Department, said the departments are at the 1500 block of Maine Avenue SW near the Tidal Basin in Southwest D.C..

US Park Police said the vehicle was located in the swan boats parking lot along the Tidal Basin.

As a result of the investigation, Maine Avenue has been shut down.

In her update, Ms Metzger said one person has been arrested, with US Park Police in charge of the investigation.

D.C. Fire and EMS were also called to the scene as a precaution and are staged nearby.

Reports held at 9:51pm BST two individuals have been detained after the incident.

The vehicle being investigated by the officers is believed to be a U-Haul according to CBS News.

Firefighters on the scene started to clear up at around 9:54 BST according to CBS.