Watch the moment an 'angry' octopus attacks an unsuspecting father

A former lifeguard has been attacked at an idyllic holiday spot by an ‘angry’ octopus that wrapped its tentacles around his neck.

Lance Karlson, 34, first saw the marine creature when it lashed out at a seagull near Ramada resort at Geographe Bay in Dunsborough, Western Australia, while walking with his two-year-old daughter on the beach.

He videoed the octopus splaying in the crystal clear water, before it pounced on his neck when he turned his back. 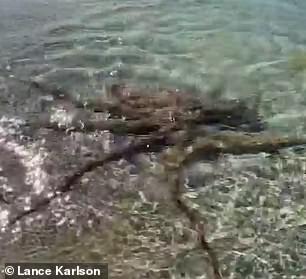 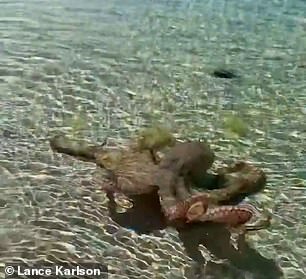 Mr Karlson described the animal as ‘the angriest octopus in Geographe Bay’.

‘I thought it was a stingray at first,’ he told Daily Mail Australia.

‘[But then] I saw the tentacles of an octopus come out of the water and lash out at a seagull.

‘I walked with my daughter in my arms up to the octopus and took the video [and] the octopus lashed out at us.’ 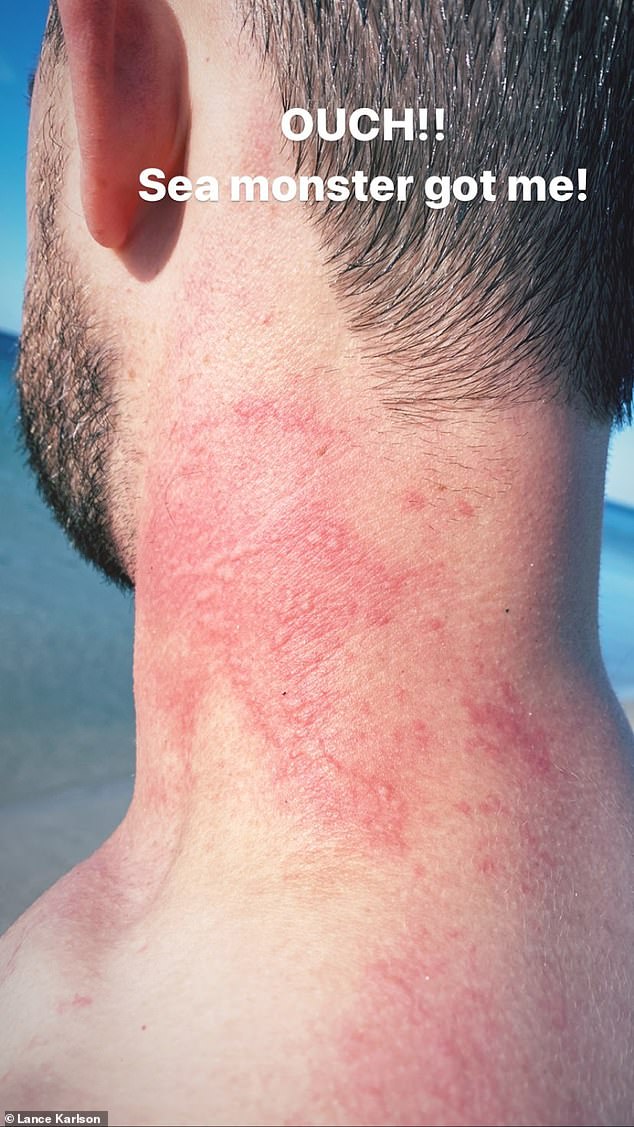 Mr Karlson said when he went for a swim about 20 minutes later he saw the ‘sea monster’ sitting on a large pile of crab shells.

‘As I was looking at the shells underwater I was hit across my arm. I was then hit again over my neck,’ he recalled.

‘My goggles were too fogged to see what had happened and I swam back to shore in pain [and] the imprints of the tentacles quickly formed raised marks across my skin.’

The former lifeguard told his wife to pour Coke on his neck to stop the stinging.

‘We did not have any vinegar/acid to pour over the stings so my wife poured coke over me, which helped enormously,’ he said.

‘The pain went away quickly, it was more the physical hit that had hurt.’ 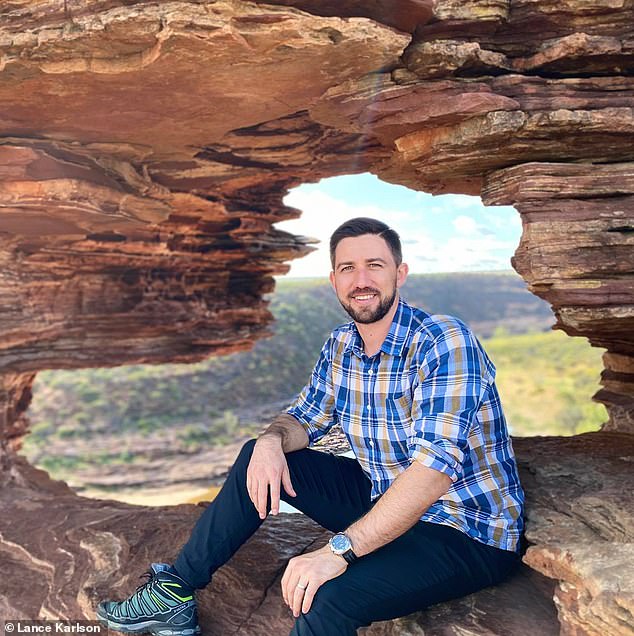 Mr Karlson was holidaying in Geographe Bay, Western Australia, when the incident occurred

Mr Karlson said he did not know the species but it may have been an Octopus tetricus, otherwise known as a ‘gloomy octopus’.

A species of octopus closely related to the East Australian ‘gloomy octopus’ is found in Western Australia, and is known to hide in crevices on sand or in mud.

The carnivore is considered harmless. 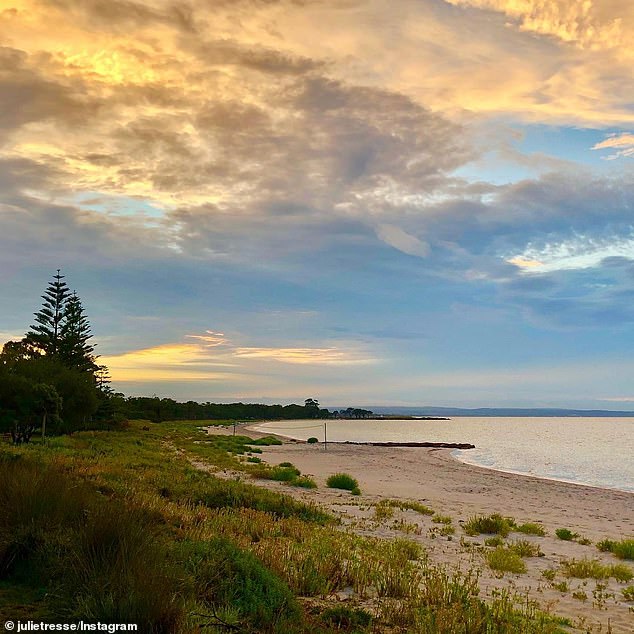 Geographe Bay (pictured) is known for being an idyllic holiday spot, with crystal clear waters