The new findings "pull the curtain down" on the idea that it's an incurable, long-term disease, experts say. 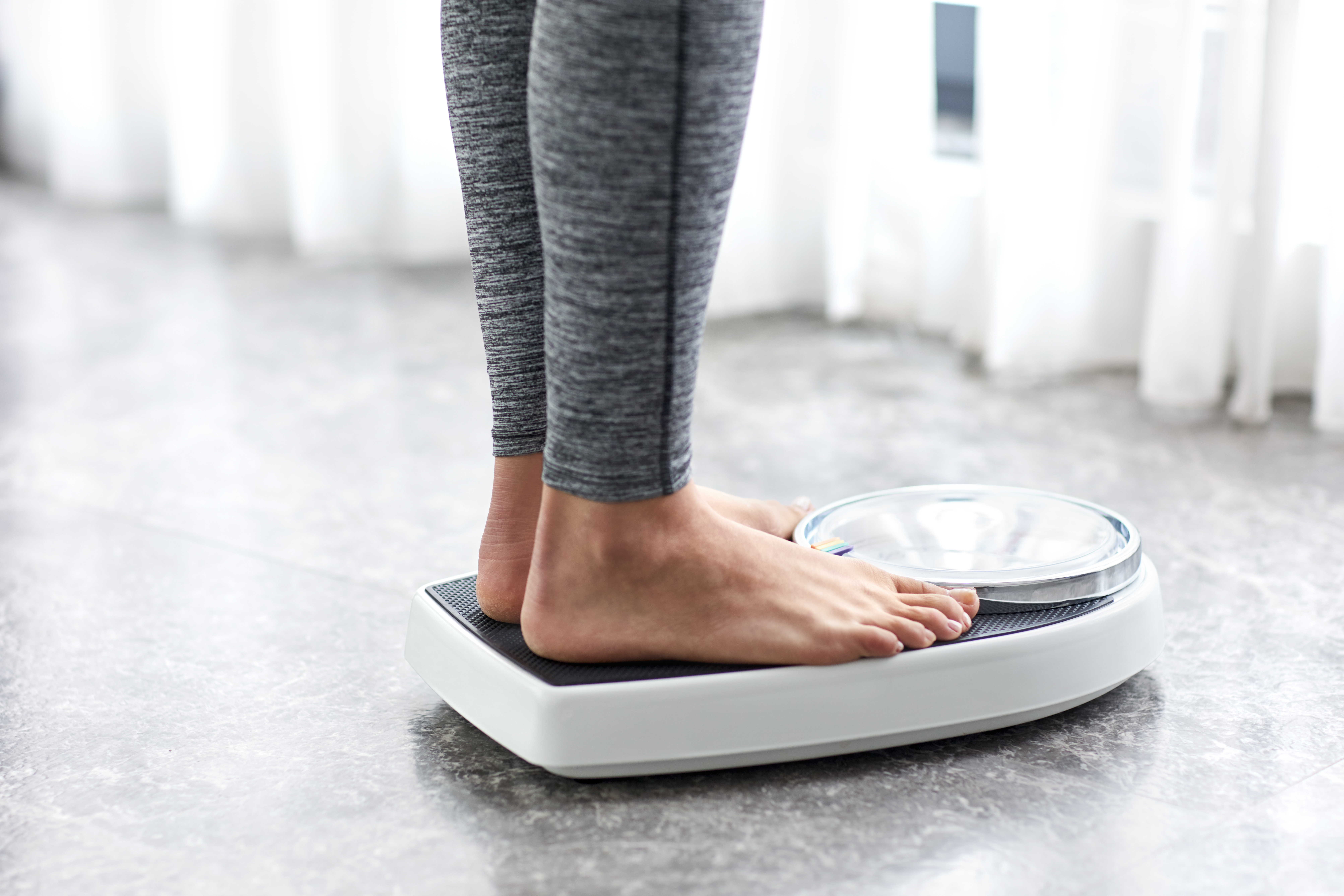 It's not a new revelation. Scientists made the link between weight and type 2 diabetes years ago.

But the DiRECT trial led by experts at Newcastle University and the University of Glasgow shows people who lose 1.5 stone (10 kilos) can reverse their type 2 diabetes – for up to two years, and possibly for life.

It found more than one in three patients were in remission two years after embarking on a weight loss programme.

Prof Roy Taylor, from Newcastle University, said: "These results are a significant development, and finally pull down the curtain on the era of type 2 diabetes as an inevitably progressive disease.

“We now understand the biological nature of this reversible condition."

But, he said any diabetes patients in remission must be warned, "your type 2 diabetes will return if you regain weight".

Around 90 per cent of people with diabetes have type 2 diabetes – a series condition where the pancreas can't make enough insulin.

Insulin is a hormone that's essential to survival, it is the key that unlocks the glucose in our blood – allowing it to enter cells and fuel the body.

When you have type 2 diabetes the body breaks food down into glucose.

But without the insulin to convert it into energy it just causes blood sugar levels to rise, which can lead to dangerous, life-threatening complications.

Patients taking part in the DiRECT trial were initially put on a diet of around 800 calories, for eight weeks. 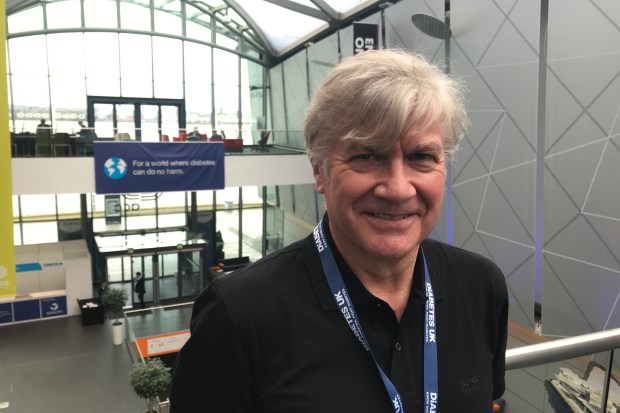 Joe McSorley, 58, from Glasgow, didn’t have any symptoms before being diagnosed with Type 2 diabetes so his diagnosis came as a huge shock.

The thought of being on medication for life led him to take part in the DiRECT trial and since achieving remission his life has changed drastically.

Joe, a network engineer at BT, no longer needs diabetes medications and is now planning to become a personal trainer – which he’ll do when he retires in two years’ time.

He said: “It’s been a life-changing experience for me in many ways. One of the biggest changes has been the exercise which I now do on a daily basis without thinking about it twice.

"I’d have never imagined that I would be as fit at my age as I was at 21 or that my blood pressure would ever be similar to that of an athlete.

“It was a difficult decision to take but it was the right decision as my life has changed so much. The way I used to look at diabetes was starting to have a detrimental effect on my life – looking back, there was a certain amount of denial when I got on the trial.

"DiRECT gave me the direction I was lacking and pushed me to make the changes that I was due making in my life.”

After that two month period, they were advised to adopt a healthy diet to maintain their weight loss.

Scientists found the patients had lower levels of fat in their liver and pancreas.

And the amount of insulin they produced at meal times returned to normal.

One year after the trial, 46 per cent of patients were in remission.

Another year later, 70 per cent of them were still in remission, the latest findings, published in The Lancet Diabetes & Endocrinology, reveal.

Scientists measured remission as being where long-term blood sugar levels dropped to less than 48mmol/mol (6.5 per cent) without needing to use any type 2 diabetes medication. As well as remission for many patients, weight loss helped reduce the reliance patients had on their diabetes medication.

The researchers believe weight loss leads to reduced levels of fat inside the pancreas.

This in turn helps the pancreas recover to allow it to work properly and produce insulin as normal.

By understanding the biology of remission, Prof Taylor and his colleague at Glasgow University Prof Mike Lean, believe it should be possible to provide better care for people diagnosed with type 2 diabetes in the future.

'I've been able to lead a normal life again' 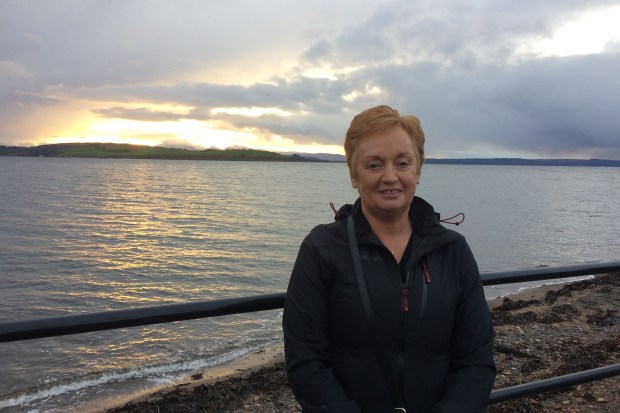 Isobel Murray, 67, from North Ayrshire, was put on medication six months after first being diagnosed with Type 2 diabetes in 2011.

Her dosage was increased with each visit to the doctor as she felt more unwell, until 2014 when she began the trial.

After 17 weeks she went into remission and four and a half years on she still doesn't need any diabetes medication.

She said: “When I was first told that my diabetes went into remission, I felt absolutely ecstatic. Four and a half years later, that feeling is still with me. Over the last few years I’ve been able to lead a normal life again.

“It only took a few months to do the plan and to get my life back – it was worth every minute.

"I feel ten years younger now and I will do everything in my power to never go back to how things were before; I still keep a food diary from time to time to make sure I stay on track, along with going to the gym and doing a lot more walking.”

Prof Lean said: "Proving type 2 diabetes can be put into remission for two years in more than two thirds of people, if they can lose more than 10 kilos, is incredibly exciting.

"Achieving that entirely in NHS primary care is vital.

"Now we must focus on helping people maintain their weight loss and stay in remission for life."

Prof Lean warned if type 2 diabetes is allowed to get worse it can "become devastating".

But the new findings offer a cheap, and reliable way to manage the condition, he added.

But she warned: "We know type 2 diabetes is a complex condition, and this approach will not work for everyone.

"That’s why we’re continuing to invest in further research, to understand the biology underlying remission and find ways to make remission a reality for as many people as possible.”

What is type 2 diabetes and who is at risk?

Type 2 diabetes is the more common form of the disease – accounting for between 85 and 95 per cent of all cases, according to Diabetes UK.

It develops when the insulin-producing cells in the body are unable to produce enough insulin.

It can also be triggered when the insulin that is produced doesn't work properly.

Typically, people are diagnosed with type 2 diabetes from the age of 40, but there are some exceptions.

In people from southern Asia the disease can appear as early as 25.

And the condition is becoming more prevalent in children and teenagers of all ethnicities.

Type 2 diabetes can be treated with drugs, and many people can reverse their condition by adopting a healthy lifestyle.

On November 22, 2018, it was revealed that there are nearly 7,000 children and young adults under the age of 25 with type 2 diabetes in England and Wales.

The Obesity Health Alliance said it was "hugely concerning" to see so many young people diagnosed with type 2 diabetes.