A Welsh Labour politician has today defended taking a Zoom meeting from her lover’s home in England, miles from her Newport constituency, because they have formed a support bubble.

Rhianon Passmore, 48, was spotted at the £1million home of her long-term partner Nick Hartley, 54, during an online meeting of the Welsh Assembly.

Ms Passmore told MailOnline she had travelled almost 80 miles from her home near Newport, South Wales to Hannington, Wiltshire as she has formed a support bubble with Mr Hartley.

She added: ‘As a single parent household, I have formed a support bubble with my long-term partner. I do not believe I have acted outside of the guidance set out by the Welsh and UK Governments.’ 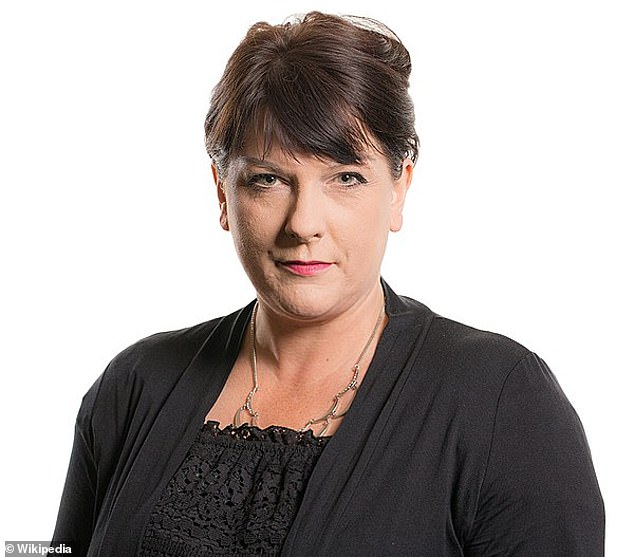 Rhianon Passmore, 48, was spotted at the £1million home of her long-term partner Nick Hartley, 54, during an online meeting of the Welsh Assembly

Under Welsh lockdown rules, single mother Ms Passmore is permitted to connect with another household – and the measures do not prevent support bubbles being formed with those outside Wales.

However, the guidance recommends ‘support bubbles are formed locally whenever possible.’

It adds: ‘We ask that people think very carefully about possible alternatives before forming support bubbles which would require extensive travel or travel into areas outside Wales with very high incidence rates of coronavirus.’

Wales has been under a strict Level Four lockdown since December 20, when First Minister Mark Drakeford ordered residents to stay at home.

All non-essential retail, bars and restaurants were closed under the restrictions, which will today be extended for another three weeks as primary school pupils look set to return to classrooms by March 15.

Mr Drakeford added he hopes the latest lockdown extension will be the last, after Wales confirmed its lowest seven-day case rate since September at 84 per 100,000 people.

Ms Passmore was spotted in her new location as she quizzed Welsh Education minister Kirsty Williams during a meeting of the Welsh Parliament this week. 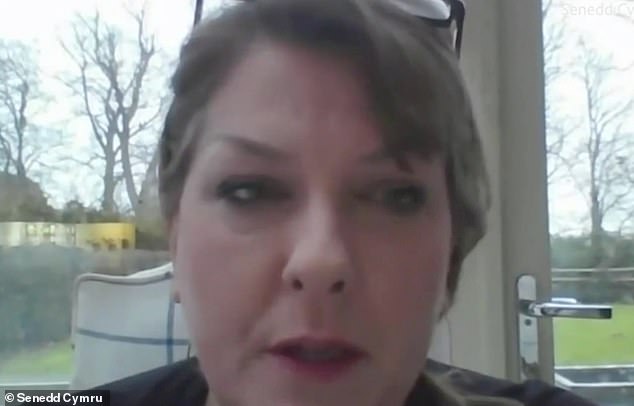 Ms Passmore claimed she had travelled almost 80 miles from her home near Newport, South Wales to Hannington, Wiltshire as she has formed a support bubble with Mr Hartley. Pictured: Ms Passmore during the meeting 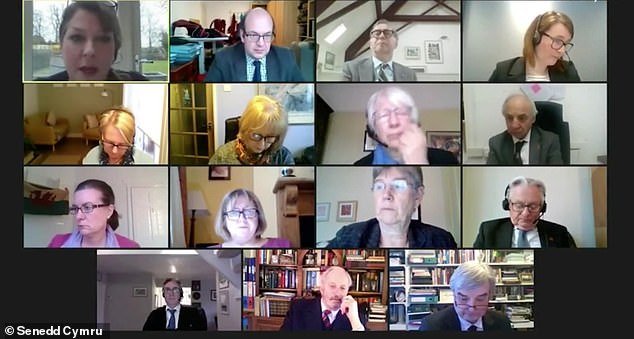 The Assembly Member for Islwyn had previously shared a series of ‘stay at home’ messages throughout the Welsh lockdown, which has been in place since the end of last year.

She has also reportedly shared video clips from the garden room of the property.

An insider told the Sun: ‘She was broadcasting from the property and thought nobody would notice.

‘Everyone has been doing their best to help keep the virus at bay and what she is doing is certainly not in the spirit of the lockdown.’

The source, who lives in Hannington, added this has been ‘a regular thing for some time.’

However, Welsh Labour insisted Ms Passmore had not broken any rules as she had crossed the border to reach her support bubble.

It comes after the leader of the Welsh Conservatives stepped down when he admitted downing alcohol on Welsh Parliament grounds days after a pub alcohol ban was enforced. 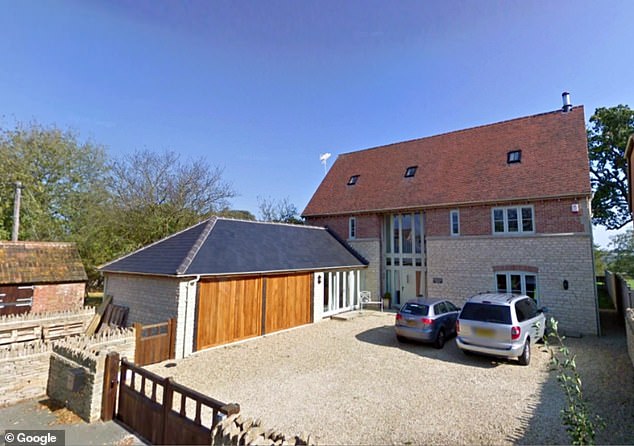 Pictured: The house in Hannington, Wiltshire, which is around 80 miles from Newport 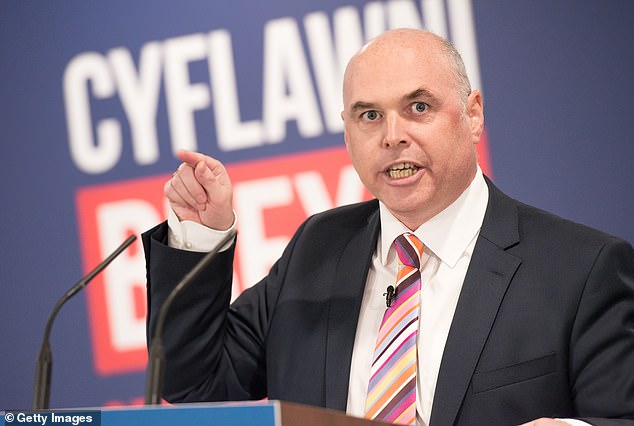 Just four days earlier, Wales banned the sale, supply and consumption of alcohol on licensed premises – although off-licences were allowed to sell alcohol until 10pm.

All four men denied breaking Covid-19 rules and say they observed social distancing while meeting in the Ty Hywel building to discuss working together on a proposed bill.

But Mr Davies last month said the controversy had become a ‘distraction’ and that he is standing down with ‘immediate effect’ despite appeals from colleagues to continue.

He said in a statement: ‘Yesterday I indicated to the Conservative group in the Welsh Parliament that I wished to resign, but they urged me to reflect further, and we agreed to meet again on Monday.

‘However, for the sake of my party, my health and my own conscience, I simply cannot continue in post.

‘Therefore, I am stepping down as leader of the Welsh Conservatives in the Welsh Parliament with immediate effect.’