Wendy Williams says she's healthy and nearly ready for TV return: 'I have the mind and body of a 25-year-old'

Wendy Williams discussed her health and the legal battle over her finances on Good Morning America.

The Wendy Williams Show host — who sat out this season of her popular talk show amid health issues and is now embroiled in a legal battle over her own money — discussed how she's been doing. Physically, she's great, she said. The battle over her finances, which have been frozen for two months as Wells Fargo tries to institute a guardianship, is a different matter.

Asked by T.J. Holmes if she was of sound mind, Williams shot back, "Absolutely. Are you?"

As for why anyone would claim she wasn't, Williams replied, "When people want control of their accounts, they say anything, including something crazy like that about me."

Williams, who declined to appear on camera, making it an audio-only interview, said her "health is very well," amid on and off issues with the autoimmune disorder Graves' disease. "I've actually had a few appointments. You know, I'm 57 now and I have the mind and body of a 25-year-old."

The real reason the gossip queen was talking, however, was to address the drama over her millions, which she hasn't had access to in months, including being able to make mortgage payments and pay her employees. 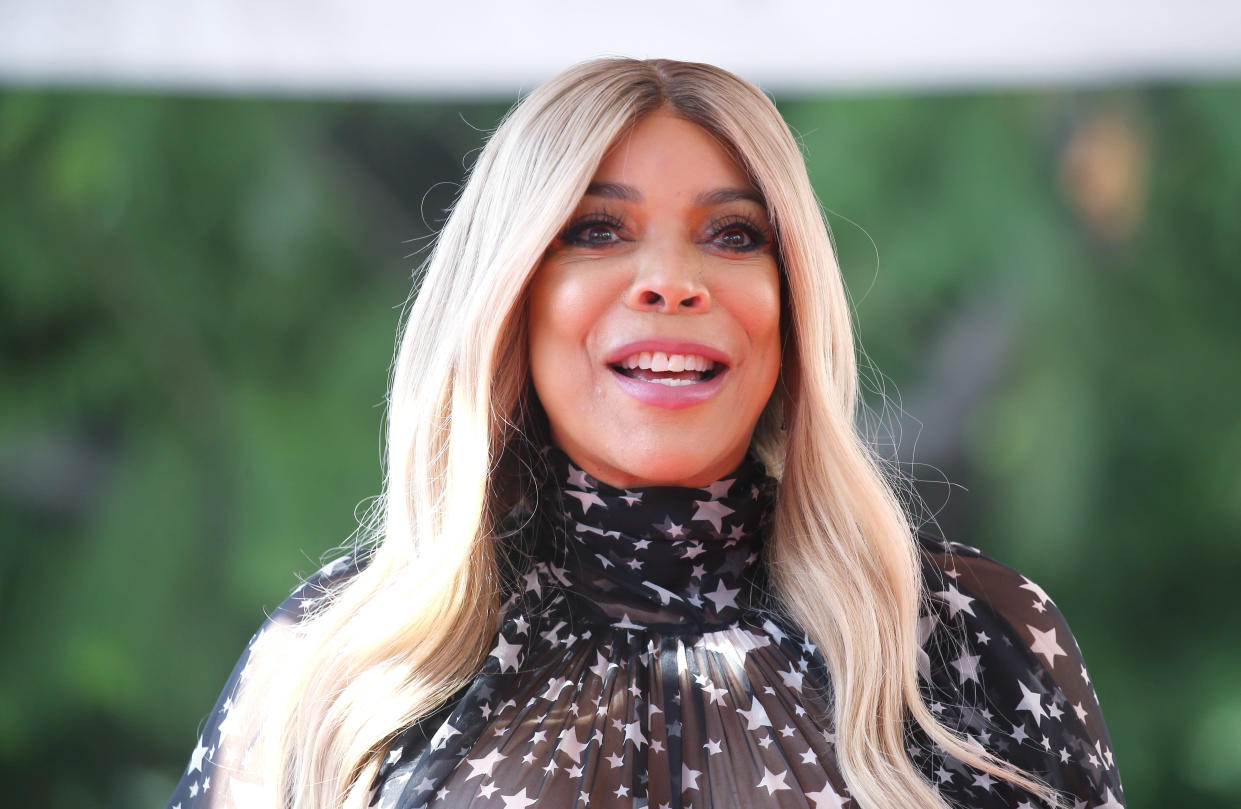 The financial chokehold is a result of her Wells Fargo wealth manager, Lori Schiller, claiming in court documents earlier this year that Williams is "of unsound mind"and needs a conservator. As this legal battle plays out, there's been a shakeup of Williams's team. She parted ways with her manager of over two years, Bernie Young, and crisis publicist, Howard Bragman. She's since hired attorney LaShawn Thomas, who also reps Williams's ex-husband Kevin Hunter, to defend her in her fight with Wells Fargo as well as a new publicist, Shawn Zanotti.

"They say that I need somebody to handle my account and I don't want that," Williams — who earns approximately $15 million a year — said of the Wells Fargo dispute. "I want all my money. I want to see all my money that I've worked hard for my entire life. My entire life. I don't lie, I don't cheat and I don't steal. I am an honest, hard-working person."

In court documents, the financial institution claimed Williams is the victim of "undue influence and financial exploitation," though not stating who the influencer is. Williams has denied that in court docs — and did so again to GMA.

When Williams was asked why would a bank take the extreme step to legally dispute that she's of sound mind, she said, "I want to spend more time with my family and, you know, working out and waiting for the responses to my money situation [with] Wells Fargo. And they don't like that."

A Wells Fargo spokesperson previously denied allegations of improper actions and said the bank is only acting in the best interest of their client.

In late February, as all this played out, it was announced that Williams's eponymous talk show — helmed by a series of guest hosts amid her health problems — would end at the end of this season, its 14th. Sherri Shepherd, one of the Wendy show guest hosts, will be getting her own show in September with the team behind Williams's show moving over to the new production.

Williams told GMA as of right now she's feeling "very comfortable" about returning to work life on the small screen. "My partners with the show — everybody's ready."

When asked if she could go back to work hosting a show tomorrow, she clarified, "Give me about three months. There are private things that I have to deal with and then I'll be ready to come back and be free and ready to do my thing."

Addressing her fans directly, Williams said, "Keep watching because I'm going to be back on the Wendy show — bigger and brighter than ever," she promised.

Williams has been back in NYC, her home base and where Wendy shoots, but she's also spending time with family in Miami. She previously spoke about her exercise and wellness regimen in a video shared to her new Instagram account.