Greece was subject to a deadly outbreak of West Nile Virus in 2018, which infected more than 300 people. The mosquito-borne disease killed 50 people during the early start of ‘transmission season’ during the summer. Now, UK authorities have warned people to prepare as the possibility of a similar outbreak lies on the horizon.

Should you avoid travelling to Greece?

Mosquitos favour hot, damp weather conditions to breed, meaning they are most common during spring and summer.

Last year these conditions were particularly pronounced in Greece, and cases of West Nile Virus rose as mosquito populations exploded.

With the possibility of this happening again, the Foreign Office has released advice on travelling to Greece. 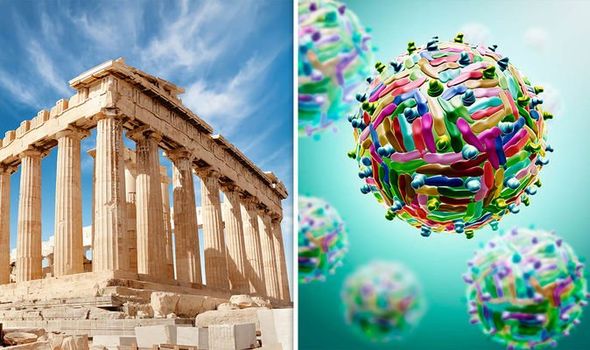 There is currently no vaccine for West Nile Virus, and all measures against the disease are purely preventative.

Mosquitos are the only method West Nile Virus has to spread, with no person-to-person capability.

The Foreign Office advises people should take “preventative measures” if they intend to travel to Greece this summer.

They say tourists should make use of mosquito repellent while outdoors and keep entryways closed while indoors. 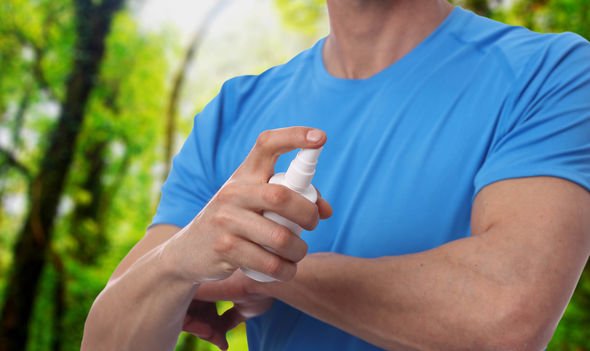 Danai Pervanidou, from the Greek public health organisation Keelpno, said outbreaks of West Nile Virus are likely to become a regular feature of summer every year.

He said: “There have been enough cases to know that this is now a public health issue.

“The virus has established itself in Greece through migratory birds, and we are recommending that everyone takes personal protective measures such as wearing long sleeves, avoiding places with stagnant water and using mosquito nets and repellent.

“Just as in winter when we expect an outbreak of influenza, in summer we now have to expect cases of West Nile fever. We have to be prepared.” 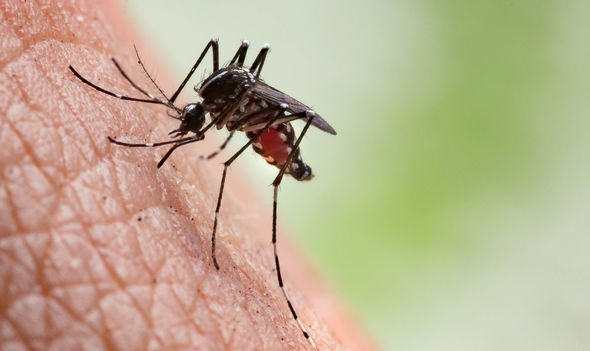 Most people who contract West Nile Virus present no symptoms, and it goes away without treatment.

Some people develop mild flu-like symptoms such as nausea and fever, and in rare cases, the progression can become severe.

Those with a compromised immune system such as the chronically sick, young and old are most likely to feel severe symptoms.