What are the Covid vaccine groups?

CORONAVIRUS vaccines are being rolled out across the country in a bid to protect Brits from Covid-19.

But when you get the jab is determined by what Covid vaccine group you are in. 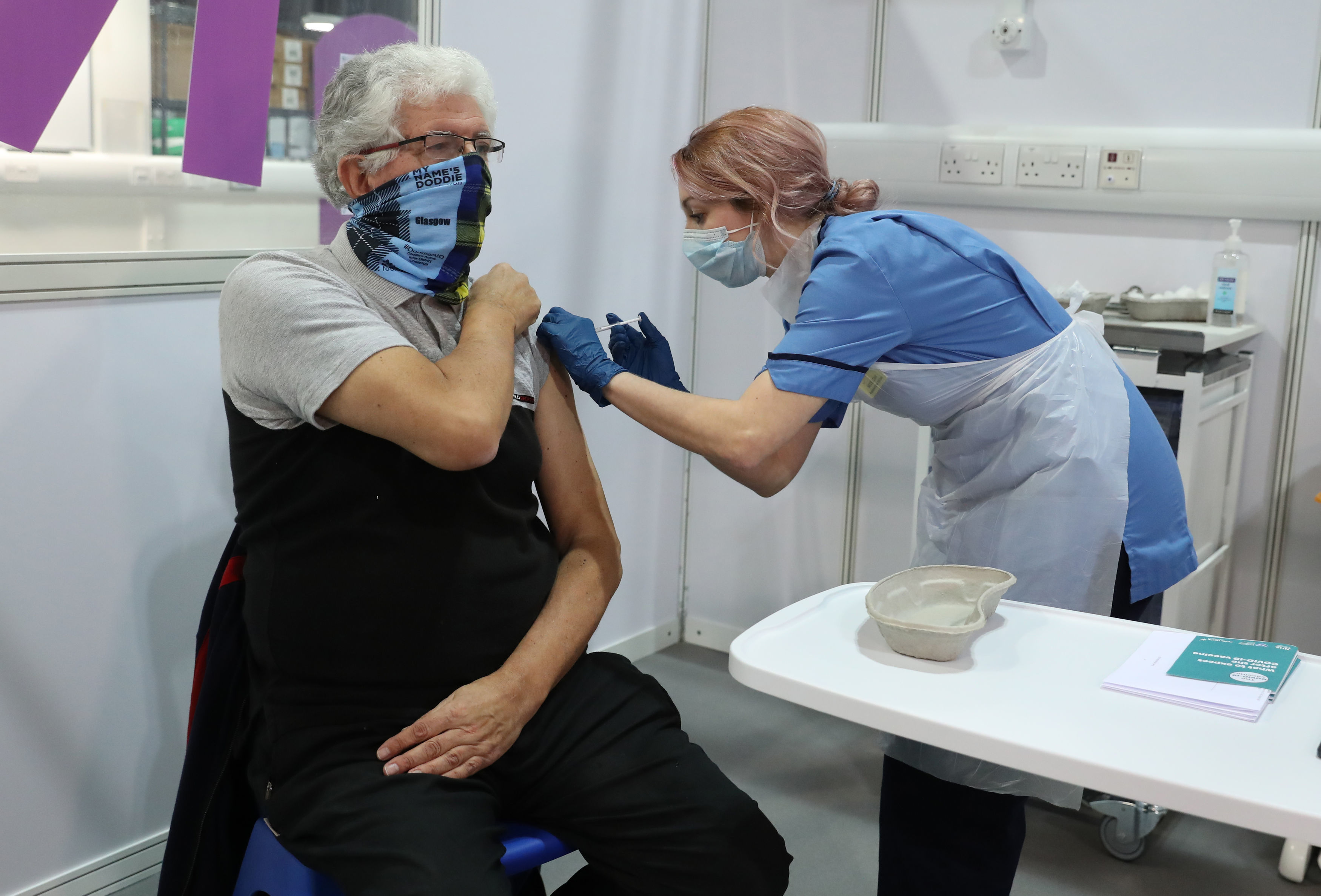 So far over 13 million Brits have received a first dose of either the Oxford/AstraZeneca jab or the Pfizer/BioNTech offering, with over half a million having received their second.

The jab list, determined by the JCVI (Joint Committee on Vaccination and Immunisation) places the elderly and care workers at the top of the list.

Speaking at a Downing Street Press conference last night Prime Minister Boris Johnson said that 90 per cent of the over-70s and care home residents had been jabbed so far.

He added: "That still leaves nearly two million people a population roughly twice the size of Birmingham that we still hope to reach."

He urged those over 70 who had not yet received their jabs to come forward as soon as possible.

Mr Johnson is set to announce on Monday what the next stage of the vaccine rollout will look like.

But what is the priority list and where do you sit? 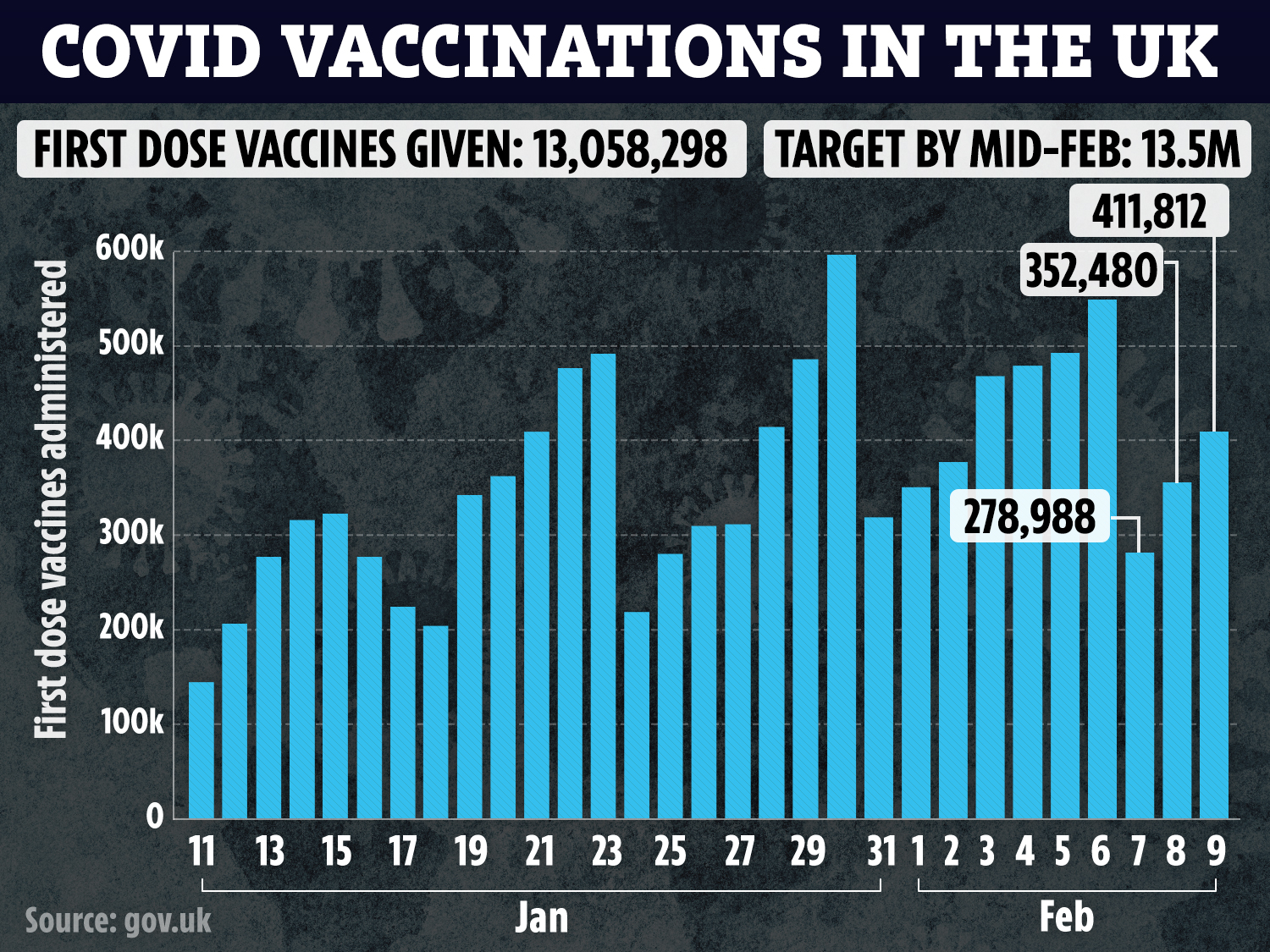 Prof Wei Shen, Covid-19 chair for the JCVI previously said that the JCVI's current interim recommendation for who should get the jab first is to prioritise the most vulnerable in society.

He said: "At the very top of our priority list are care home residents and people who work in care homes.

"Following on, we will then prioritise adults who have an underlying health condition that puts them at risk.

"Following on from there, we will keep going on down in age bands to individuals who are aged 50 and above.

"If phase one is completed then we will have protected hopefully over 99% of those individuals who are at risk of dying from Covid-19."

WHERE CAN I GET A COVID JAB?

Ten further were added on January 18:

Another 39 large-scale hubs opened on February 4. These included a fire station in Hampshire and Crystal Palace's football ground.

The hubs join the 1,000 GP-led surgeries and more than 250 hospitals involved in the vaccination programme.

He said that the committee has not decided yet on who else should be vaccinated.

Government experts have previously said that the elderly and the most vulnerable would be first in time.

Professor Jonathan Van-Tam said: "We have to target the most highest risk individuals in society and that is how it should be in terms of our system.

"If I could be at the front of the queue, then I would be."

Prof Van-Tam also revealed that he has volunteered to work evenings and weekends to administer the jab himself.

"And from that perspective I don't mind telling you I've had the conversation at home; if I can help with this in some evenings and weekends doing some extra vaccinations sessions myself then I'm going to.

"That's a given if I can get on the list and be useful."

Asked whether the vaccine would be available privately, Prof Van Tam said it should be prioritised for those who need it, rather than those who can afford to buy it.

"One of the things I like about the NHS is that it's there for everybody, irrespective of their level of wealth or who they are in society," he said.

Vaccines are currently being rolled out across the country at GP surgeries, hospitals, and pharmacies.

Health Secretary Matt Hancock last month stated that the UK is vaccinating double the amount of people of anywhere else in Europe.

This week he also urged anyone over the age of 70 who have not yet had the Covid vaccine to chase up with the NHS.

Older Brits should be covered by their first dose as soon as possible.

Health Secretary Matt Hancock said people should encourage their grandparents to book a jab if they have not yet received it.

The self-referral for Covid jabs is a radical shift in the NHS vaccination policy.

Speaking at Downing Street, he said: "Until now we've said please wait for the NHS to contact you but now that message is changing.

"If you live in England and are 70 and over and have not got an appointment to be vaccinate then please contact the NHS."