TWITTER is alight with a rumor that First Lady Melania Trump is using a body double to replace her on the campaign trail in the run-up to the November presidential election.

The rumor is unfounded and there is no credible evidence that it is true. 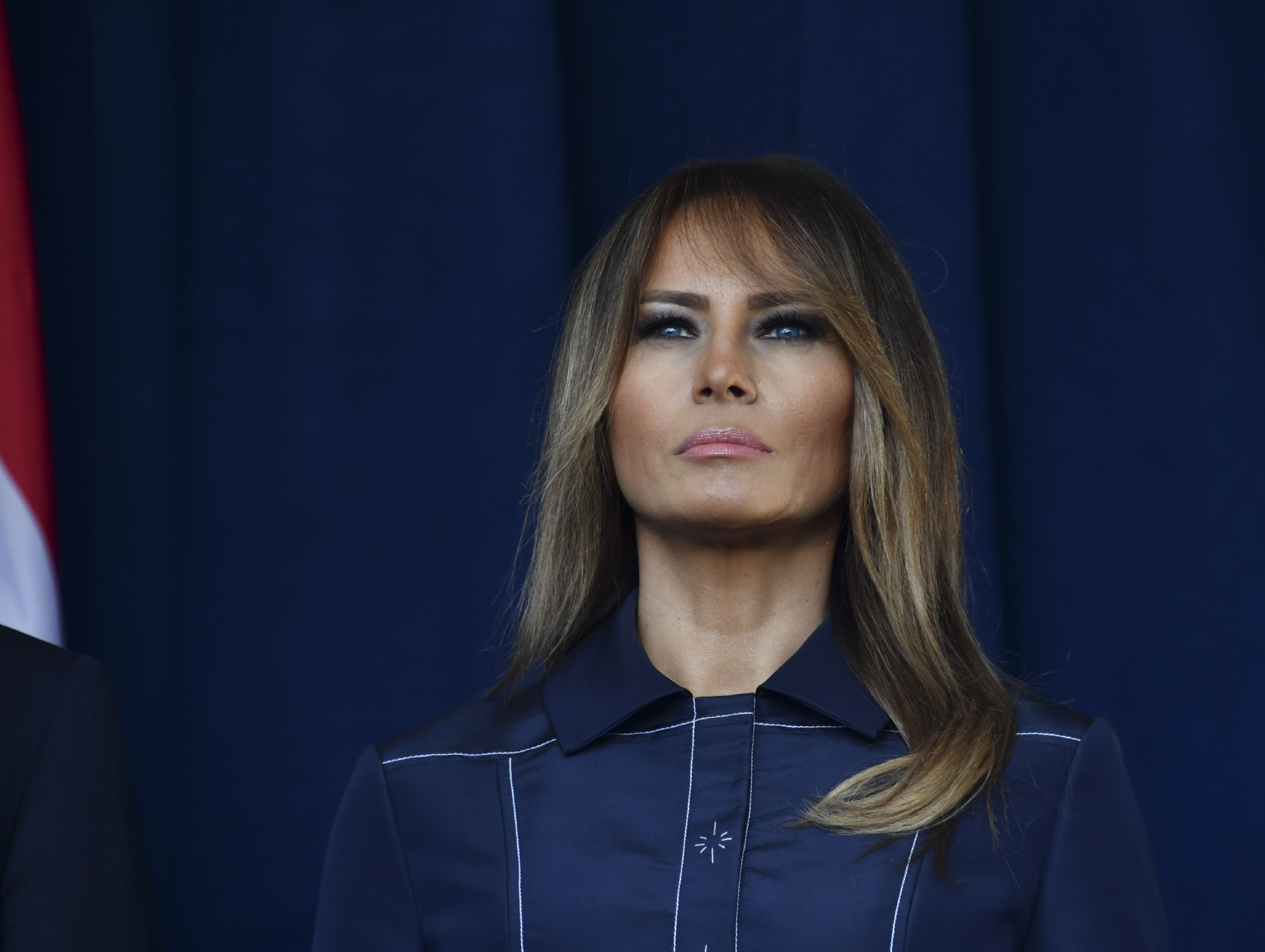 In 2017, an unfounded rumor began circulating on Twitter that Melania Trump was using a body double to replace her in her public appearances.

The bizarre rumor grew out of a tweet from a California man, who, according to his bio, sells hemp syrup.

In a picture of President Trump and the First Lady walking across a plane tarmac, the man claimed that Melania wasn't the real FLOTUS, but an imposter. 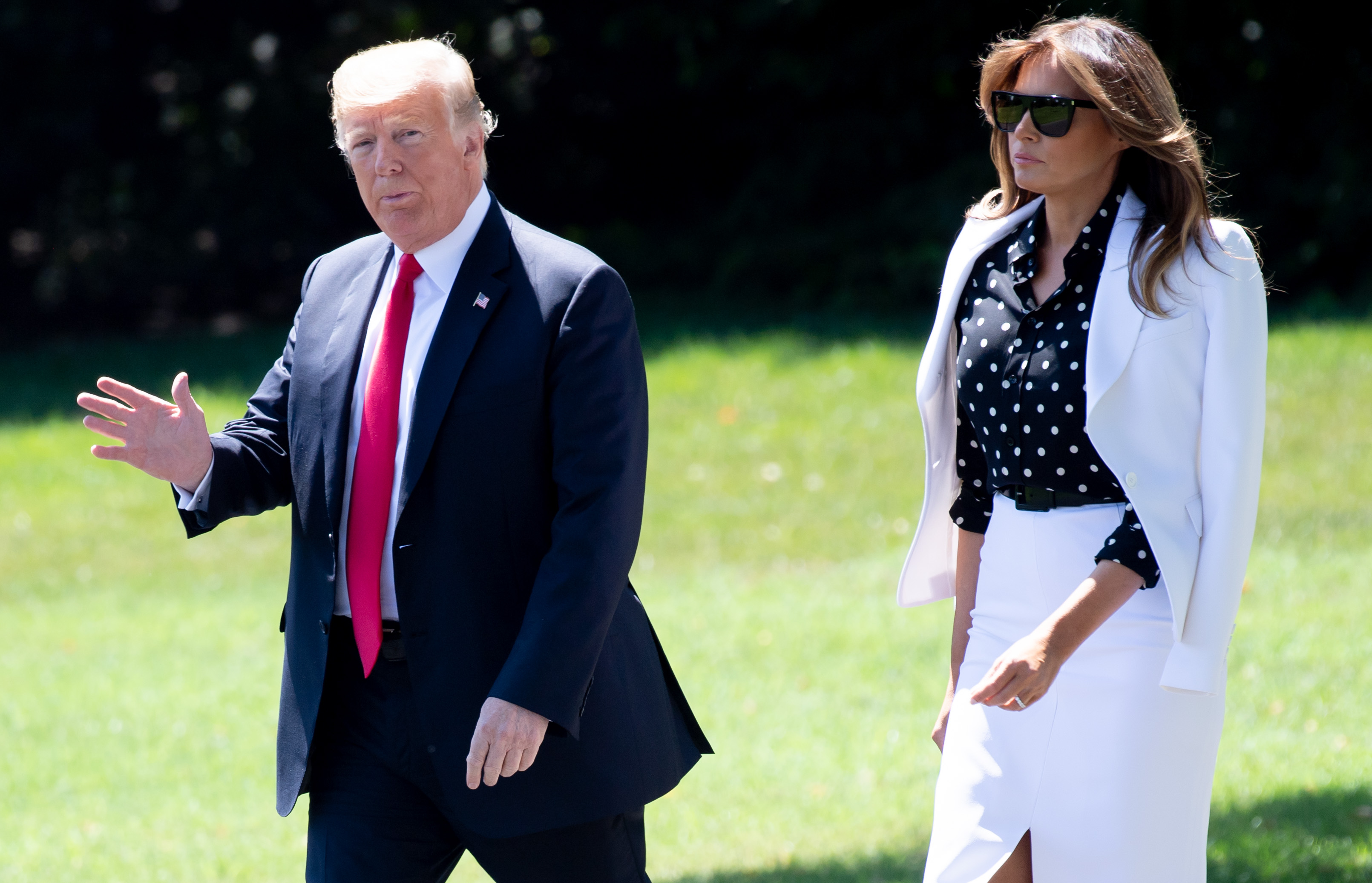 He tweeted the picture alongside a separate picture of Melania and tried to draw differences between the two.

A spokesperson for the White House vehemently denied these claims.

"Once again, we find ourselves consumed with a ridiculous non-story when we could be talking about the work the first lady is doing on behalf of children, including the opioid crisis that is gripping our nation," East Wing communications director Stephanie Grisham told CNN. 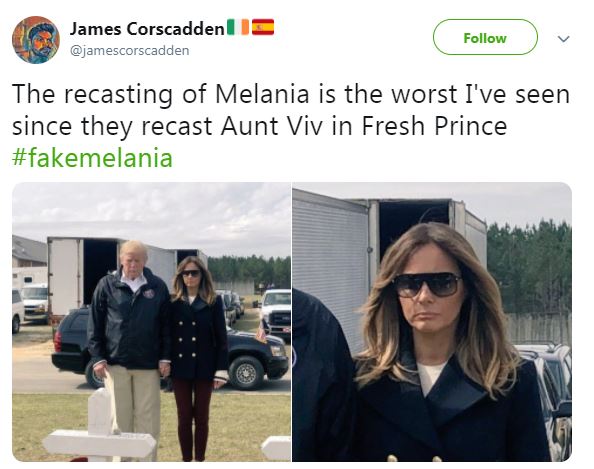 Recently, the rumor has resurfaced after another photo of a smiling Melania, 50, went viral, prompting further unproven claims that Donald Trump uses a stand-in for his wife.

Flotus was pictured boarding Marine One on the south lawn of the White House with her husband, which triggered the #FakeMelania hashtag on Twitter.

The outlandish speculation claims Trump hired an actress because his wife refused to accompany him on the campaign trail, which brought him to Florida, North Carolina, Ohio, Wisconsin, and Maryland on October 24 alone.

What were the secret audio recordings about?

Melania was secretly recorded by White House aide Stephanie Winston Wolkoff in the summer of 2018.

In the tapes, she can be heard expressing her frustration at being criticized for her husband's policy of separating families who illegally crossed America's southern border. 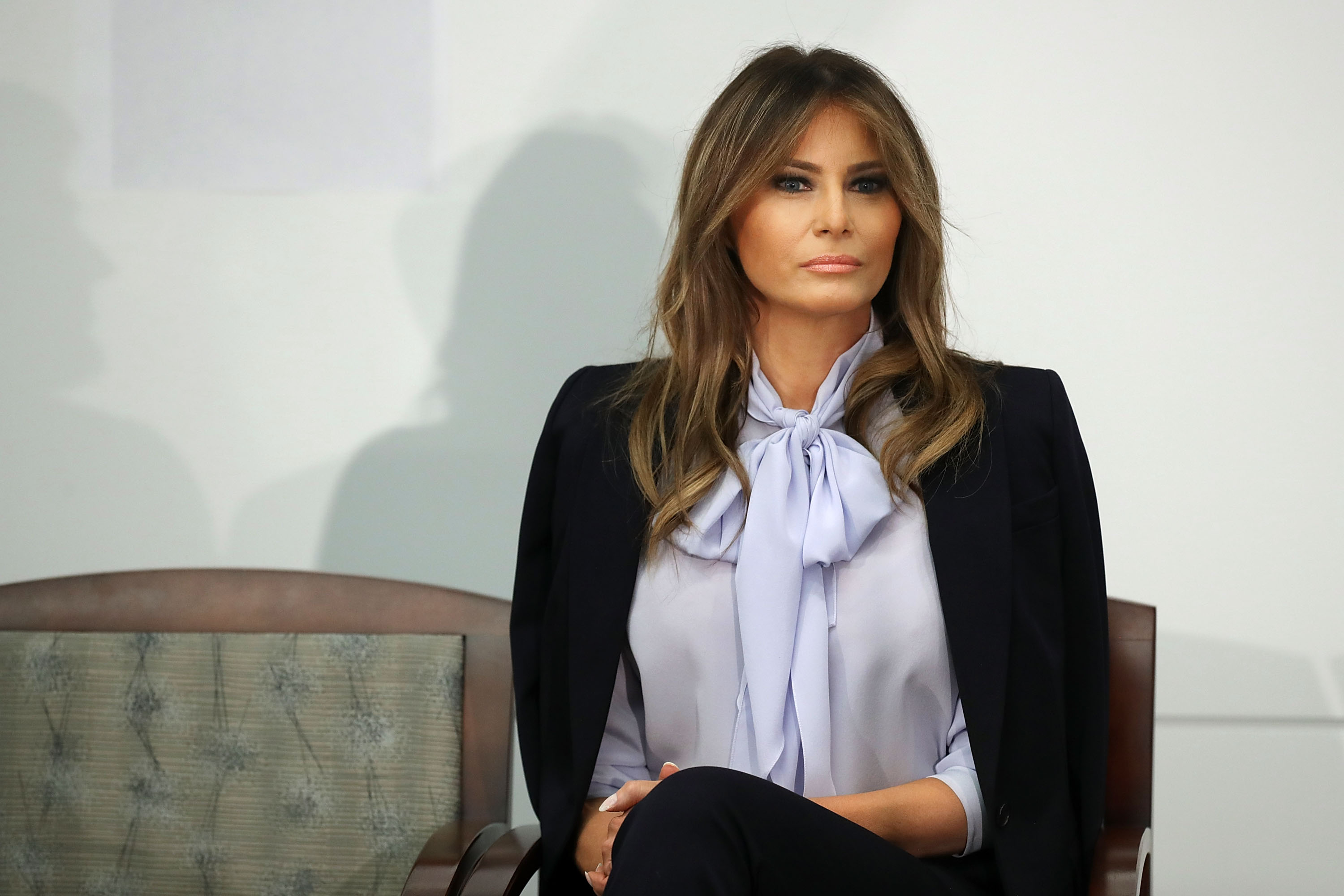 "They say I'm complicit. I'm the same like him, I support him. I don't say enough I don't do enough where I am," she says.

She goes on to complain about her traditional First Lady duties, namely preparing the White House for Christmas. 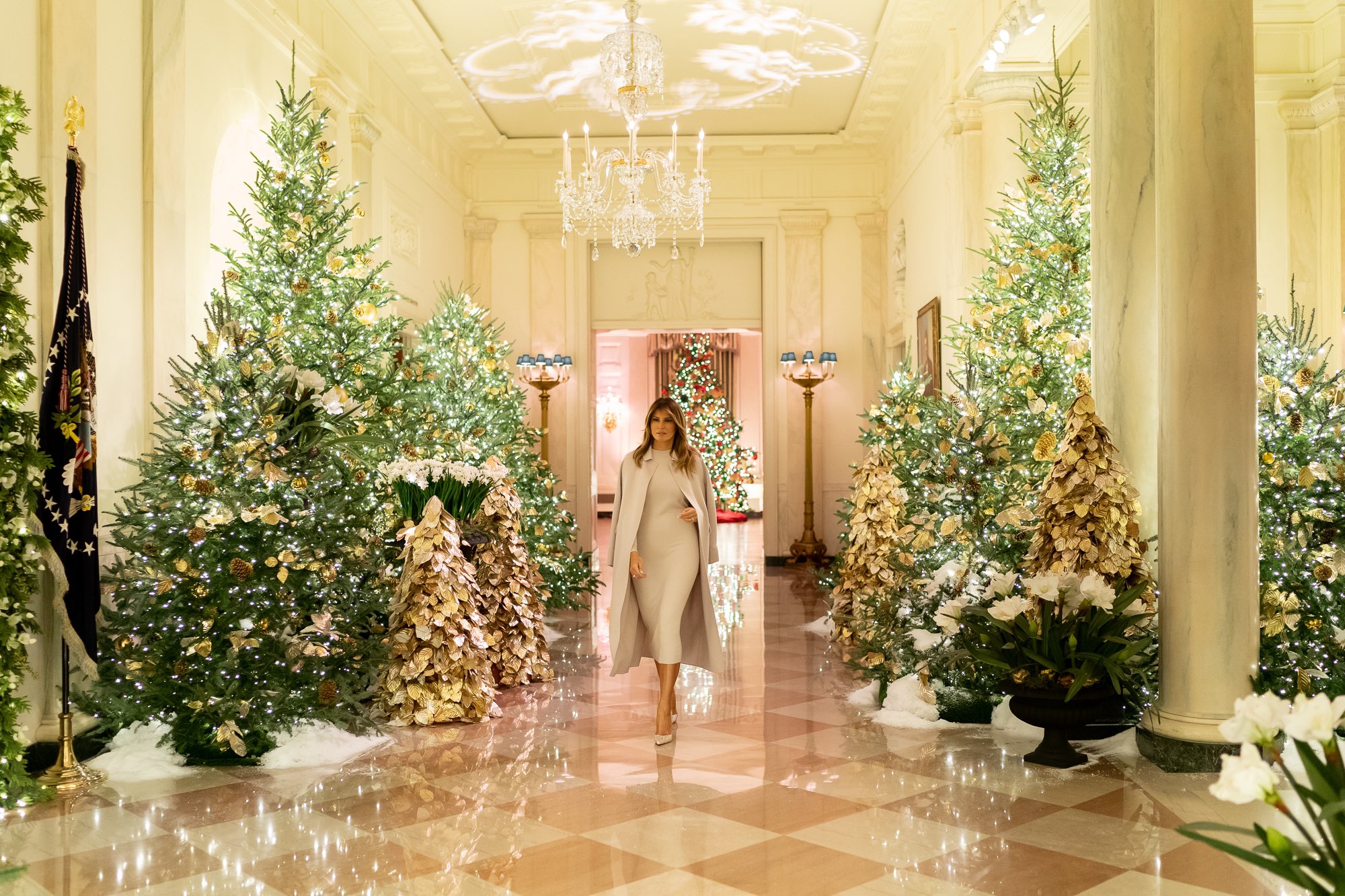 She continued, "OK, and then I do it and I say that I'm working on Christmas and planning for the Christmas and they said, 'Oh, what about the children that they were separated?' Give me a f****** break."

Wolkoff wrote a tell-all about the pair's relationship titled Melania & Me, detailing their conversations and her reflections at her time at the White House.

She touches on topics ranging from her frosty relationship with her stepdaughter Ivanka to her marriage, her thoughts on border policy, Michelle Obama and more.

Melanie responded by uploading an essay to the White House website. 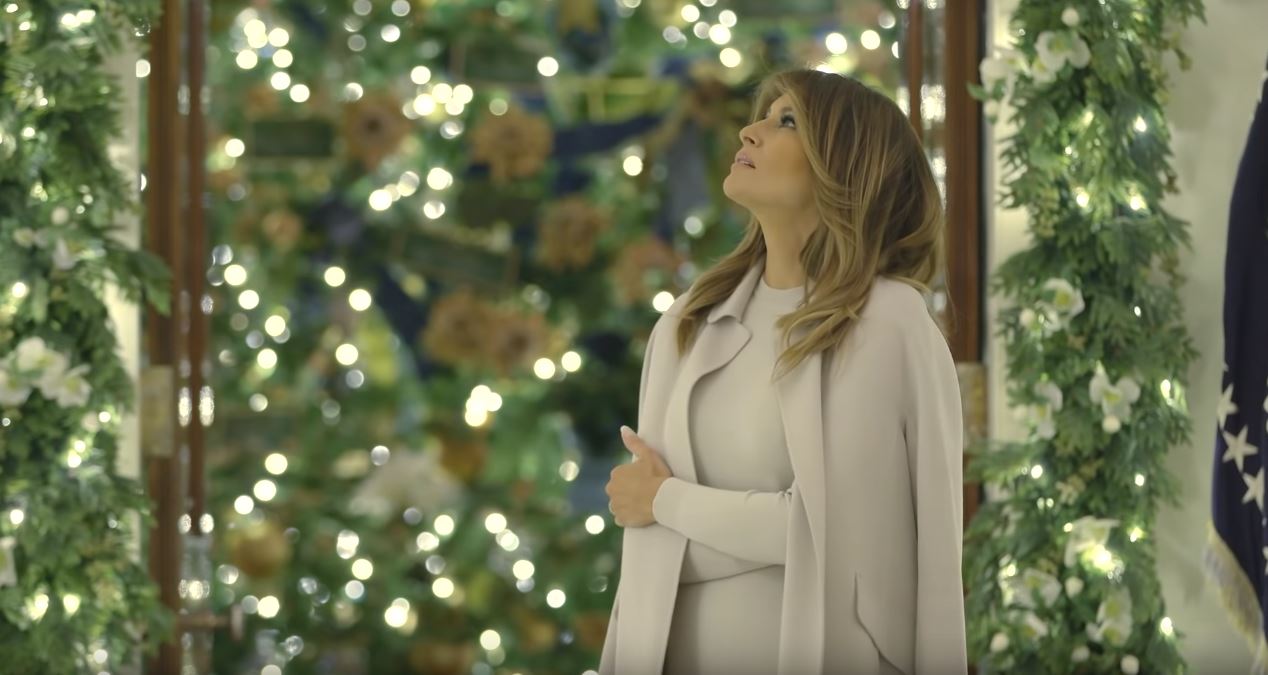 Slamming her former friend directly, she wrote: "This is a woman who secretly recorded our phone calls, releasing portions from me that were out of context, then wrote a book of idle gossip trying to distort my character.

Despite not mentioning Wolkoff by name, it is assumed that the "book of idle gossip" Trump mentions in the article is referencing the former aide's novel. 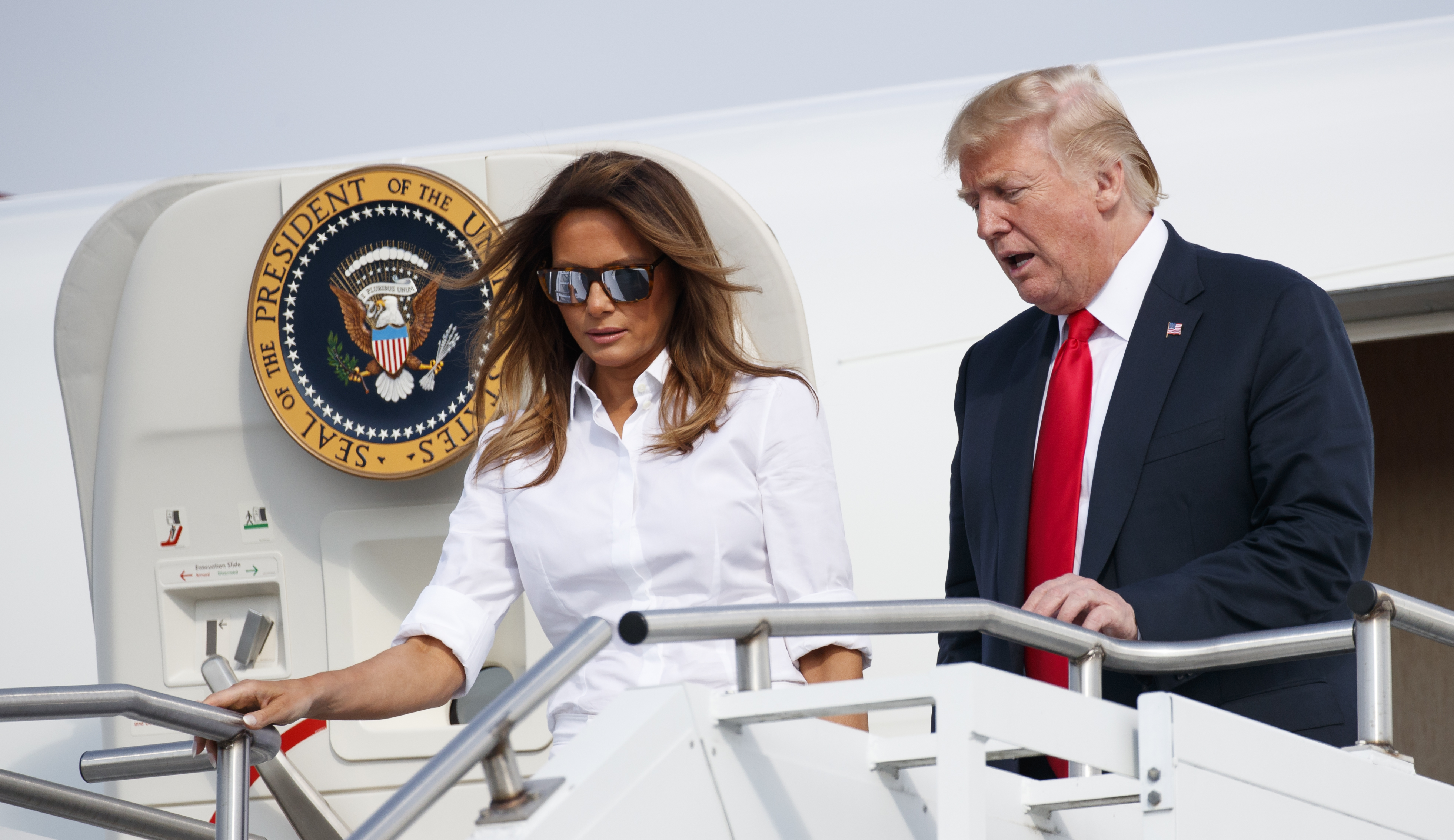 Wolkoff has been accused of breaking a nondisclosure agreement with the DOJ and asking a court to put aside earnings from the book in a government trust.

According to the lawsuit, it said Wolkoff had “access to significant confidential information related to the First Lady’s official duties as well as to more private aspects of her role in the First Family.”

Wolkoff allegedly had “indirect access to deliberative information, to which the the First Lady was privy, related to the President’s official duties on behalf of the country.”

What other Melania Trump conspiracy theories have there been? 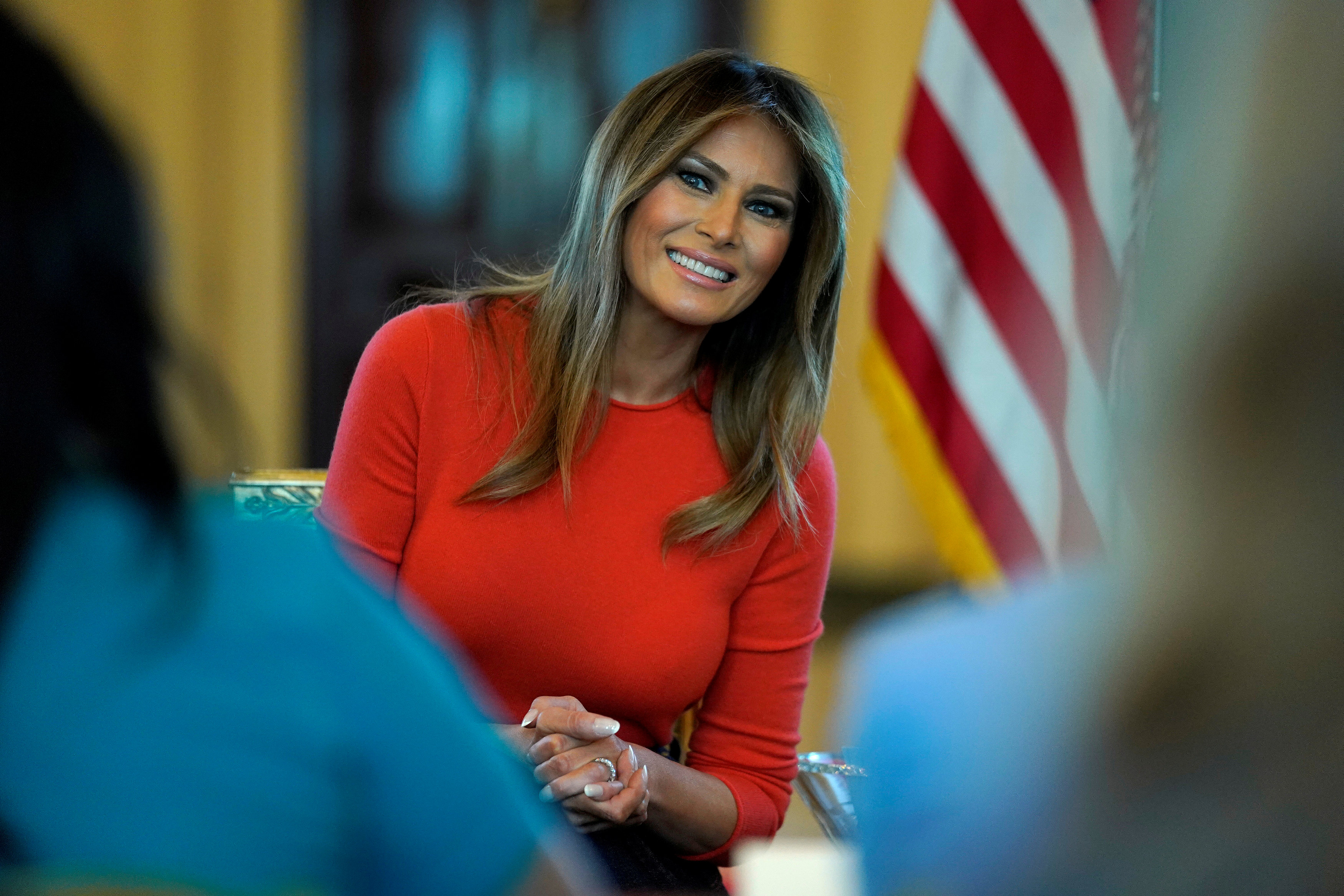 Melania has been subject to a number of conspiracy theories beyond the unfounded body double rumors.

Some internet users believe FLOTUS is secretly a Russian spy after she was photographed chatting to Russian President Vladimir Putin at a dinner for last year's G-20 Summit.

Reports described the two as friendly during the meal.

Another purports that the first lady doesn't really live at the White House.

Rumors claim that Melania and son Barron live in a separate house in Washington, D.C.

In a Washington Post story about the first lady's private life, her office denied the rumor as "1,000% false" her spokeswoman, Stephanie Grisham, added, "We laugh at it all the time."