IT'S been more than 15 years since the cast of The Office won over fans in the series' premiere.

Many of the cast have gone on to have successful careers in Hollywood over the years, acting in other TV series and movies. 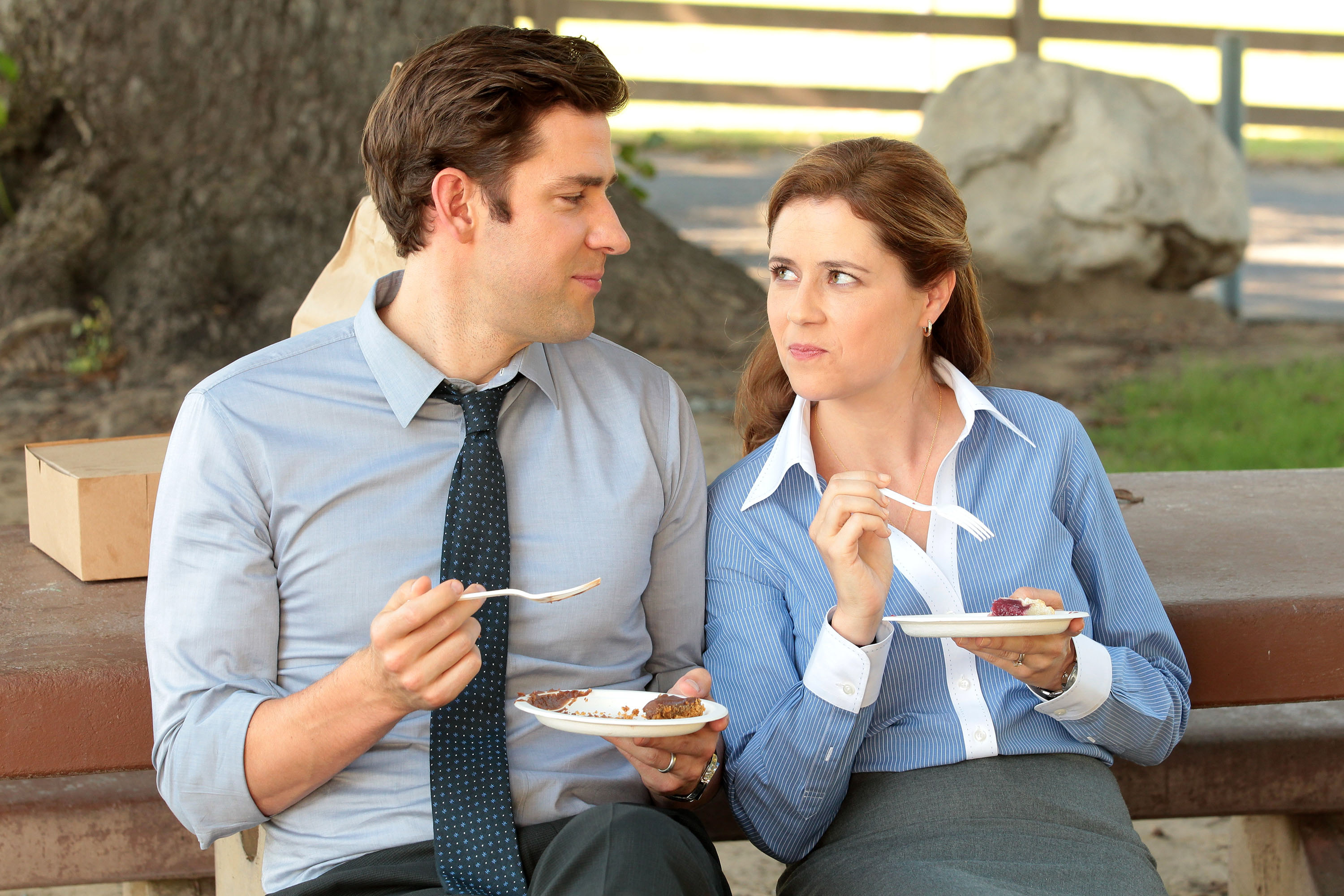 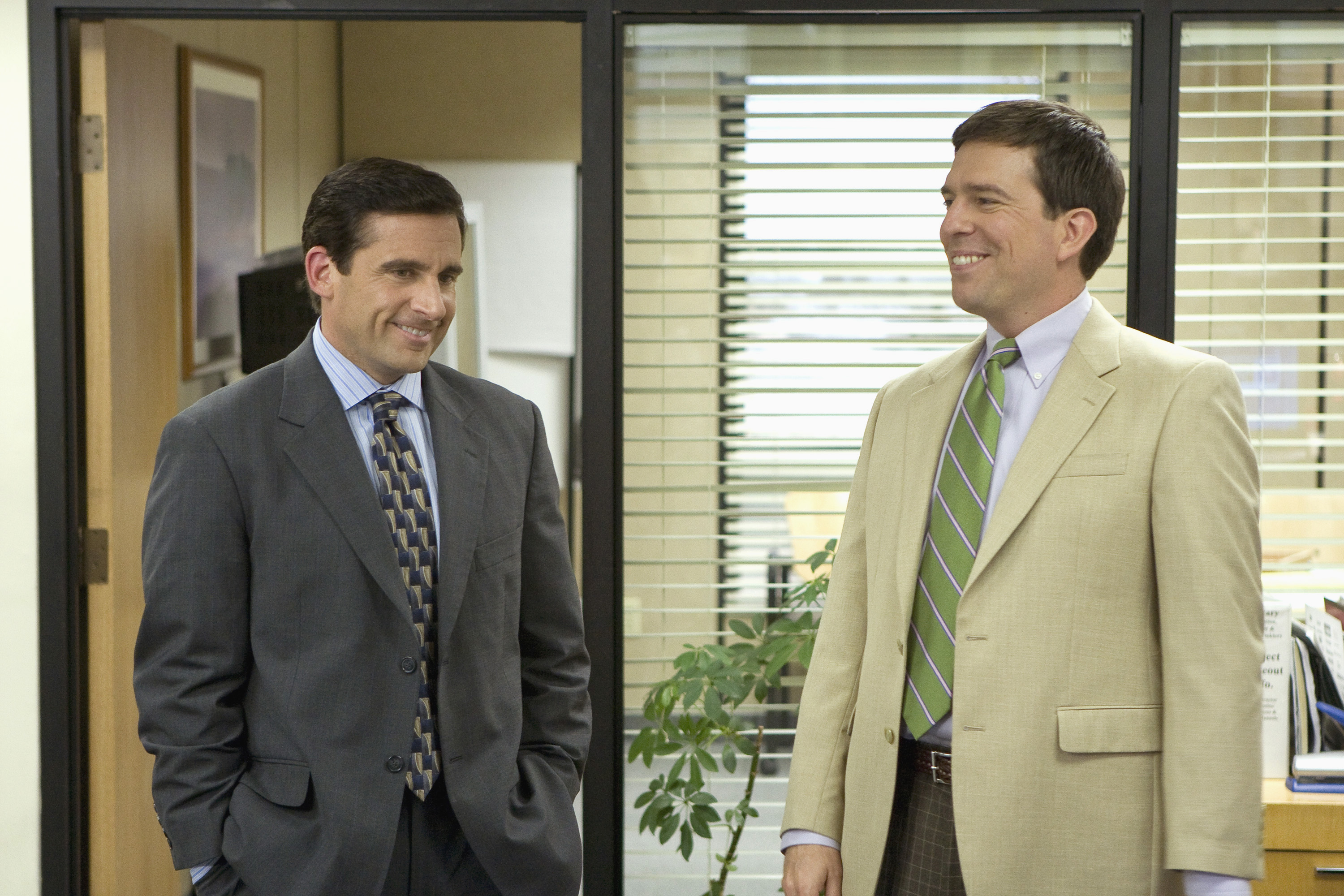 Even years later, the show is a fan favorite – and the show's followers were heartbroken when the series left Netflix.

What are they up to today?

See what Steve Carell, John Krasinski, and the others are up to nearly a decade after the show wrapped up… 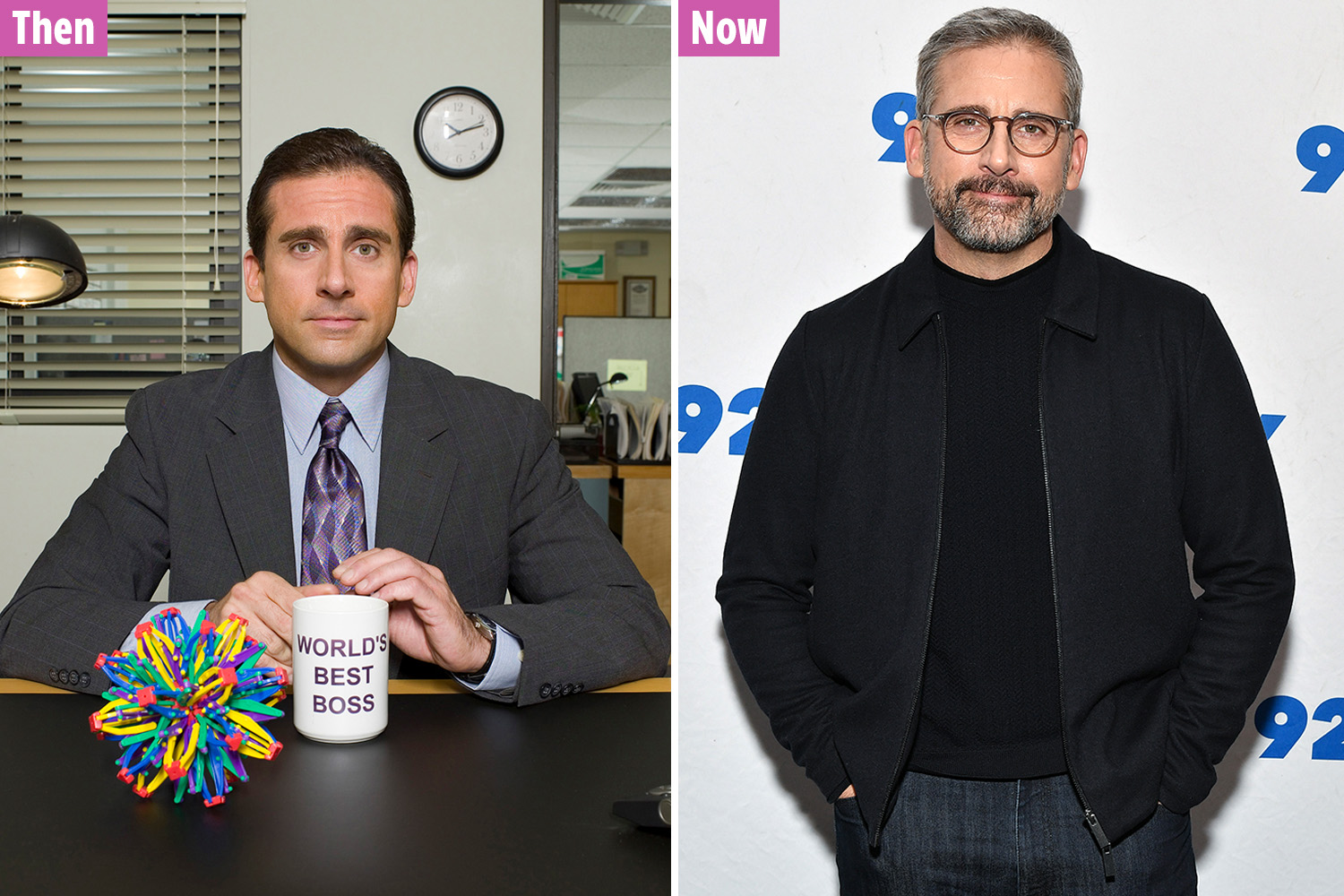 Steve Carell, 57, had already begun a successful career in Hollywood when he first appeared as Michael Scott in the sitcom.

Over the years, he's continued to lead a fruitful acting career, acting in a mix of films.

Some of his most notable roles since include voicing Gru in the Despicable Me series, Cal in Crazy, Stupic, Love. (2011) and Mark Baum in The Big Short (2015).

Most recently, he's appeared in the TV series The Morning Show, and Space Force.

He's also worked on a producer on a number of series, including Angie Tribeca, Riot, and Inside Comedy. 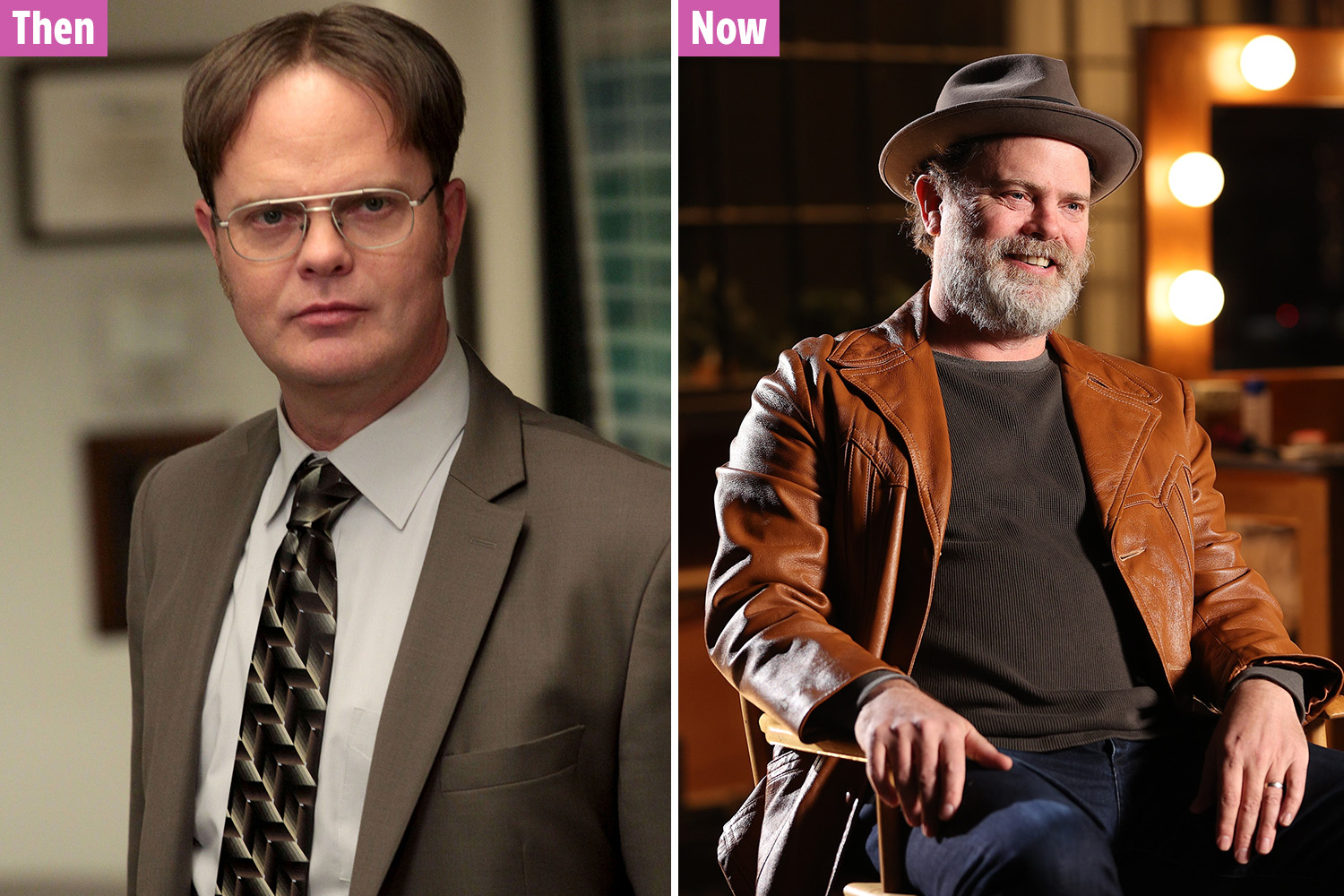 Rainn Wilson, 55, made audiences laugh in his role as Dwight Schrute in The Office.

Since the series' end, he's kept acting, racking up a mix of film and TV series credits.

Most recently, he's appeared in the TV series Mom and Utopia.

He's also slated to take on the role of Daniel Dandon in the upcoming series The Power. 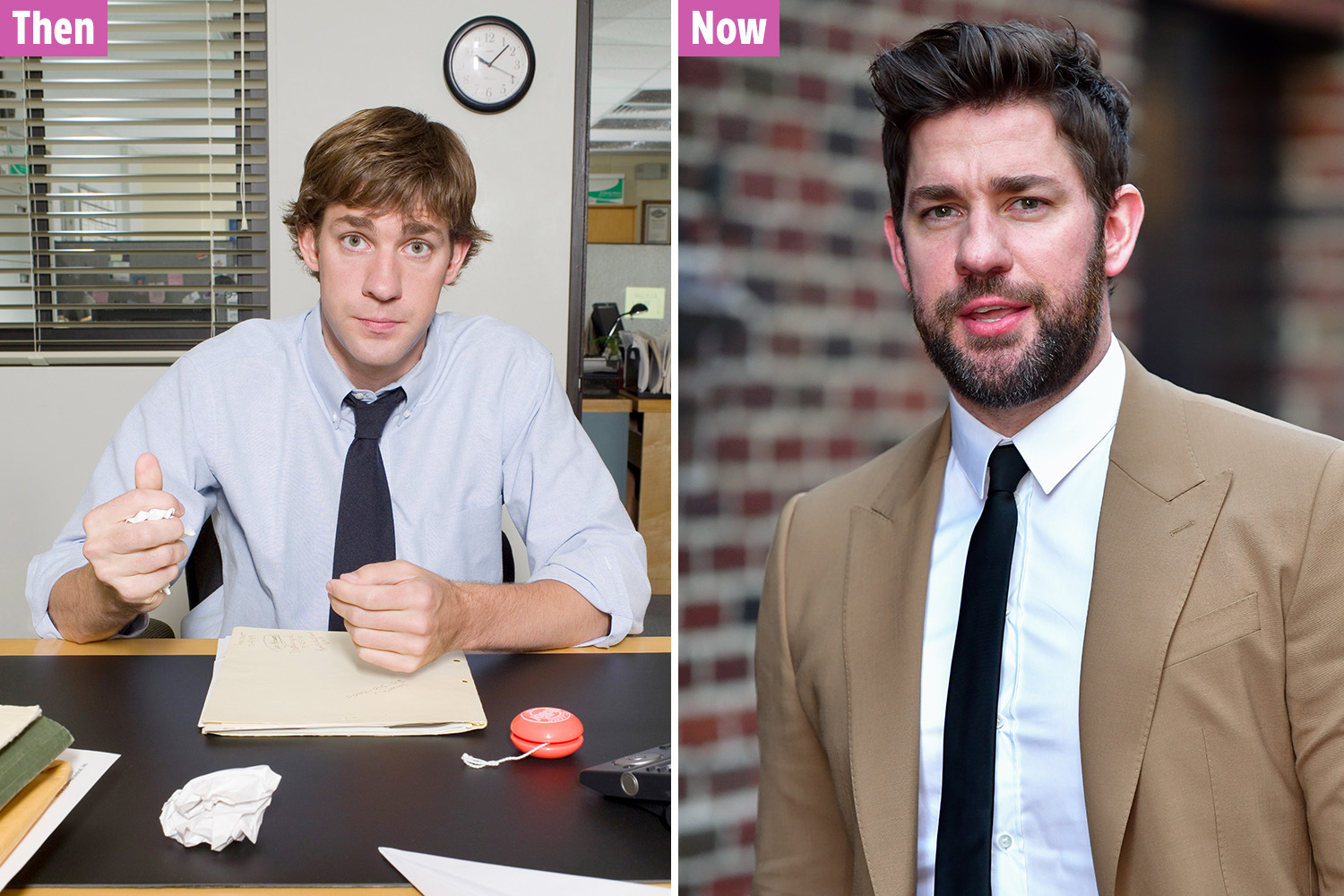 Now 41, John Krasinski had just begun racking up acting credits when he starred as Jim Halpert in the TV series.

He's since had a successful career in Hollywood, gaining acting credits in movies including Something Borrowed (2011), A Quiet Place (2018) and The Hollars (2016).

Krasinski has also gained a number of producing credits, including on TV series like Dream Corp LLC, Some Good News, and Tom Clancy's Jack Ryan.

He and wife Emily Blunt have welcomed two daughters together, in 2014 and 2016. 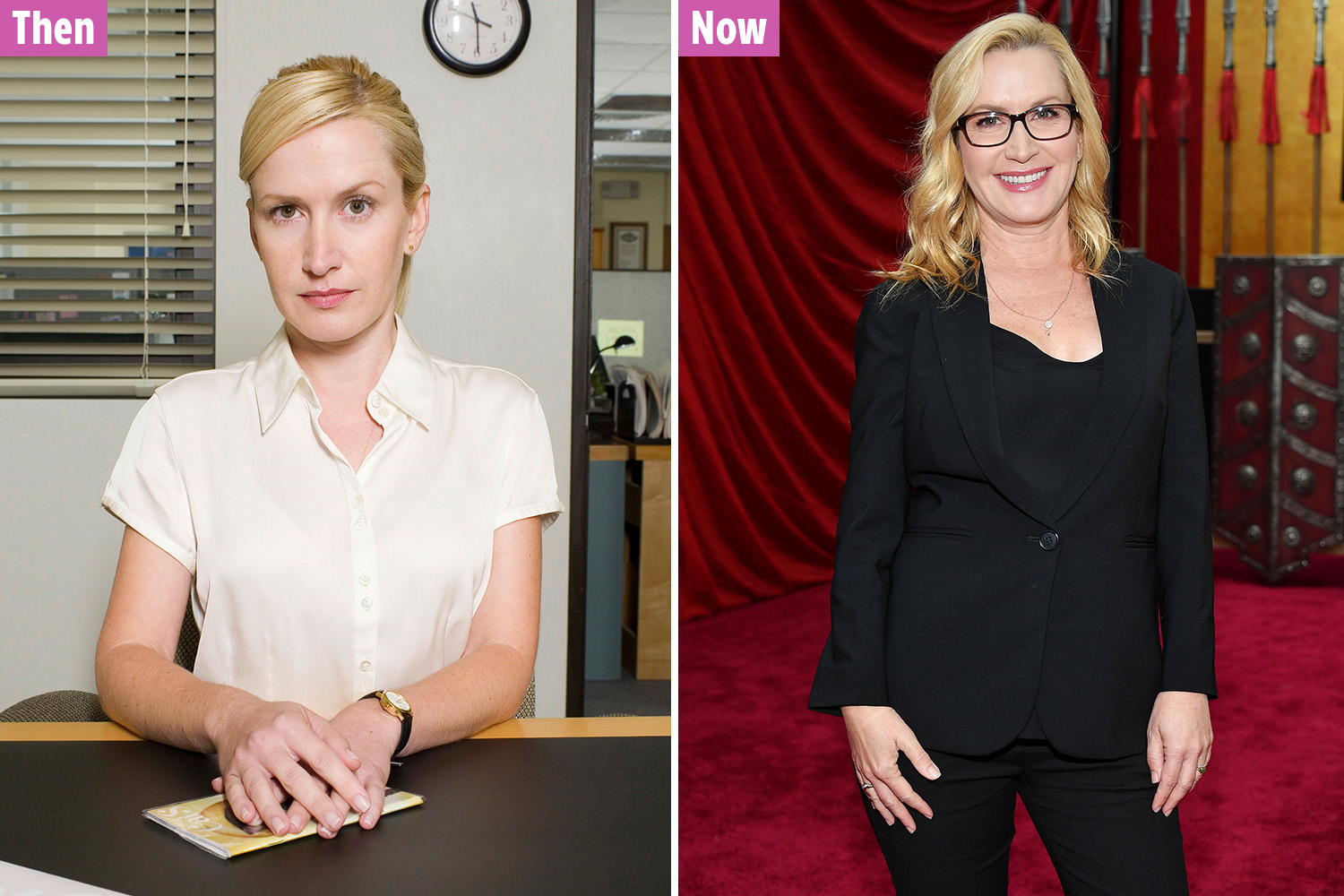 Angela Kinsey, 49, had just begun her acting career in recent years when she played head of accounting Angela Martin.

Since the series' end, she's continued to act in TV series and films.

She acted in the TV show Haters Back Off, and Fresh Off the Boat.

In 2016, she and husband Joshua Snyder tied the knot.

She penned a book with co-star Jenna Fischer, titled: The Office BFFs: Tales of The Office from Two Best Friends Who Were There. 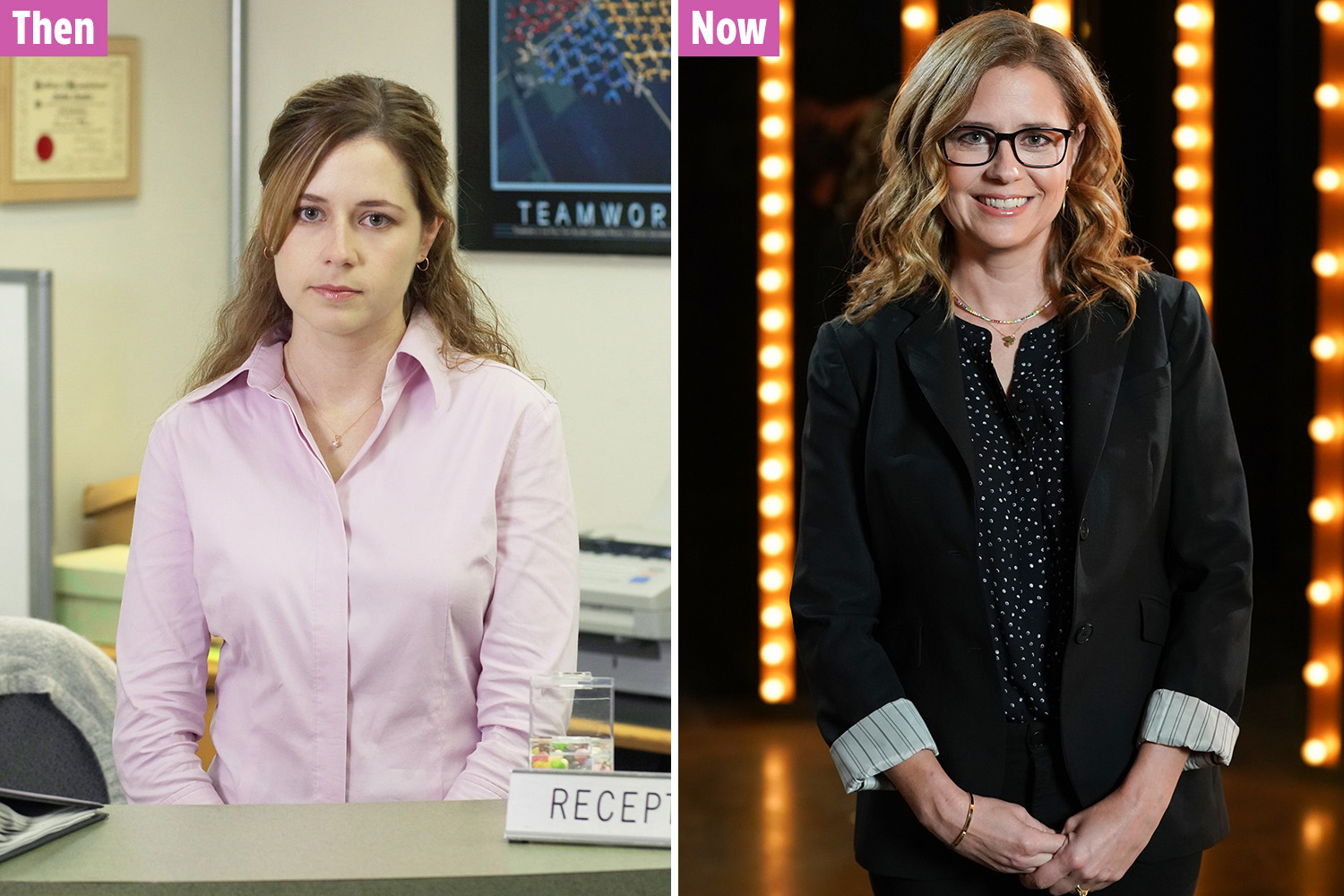 Actress Jenna Fischer, 46, has gained a handful of acting credits since she won hearts as Pam Beesly – but has led a quieter life since the series' end.

In addition to penning a book with Kinsey, the duo also host a weekly podcast together, where they break down an episode of The Office each week.

She and husband Lee Kirk already had one son together before the series' end in 2011, but in 2014, they welcomed a daughter. 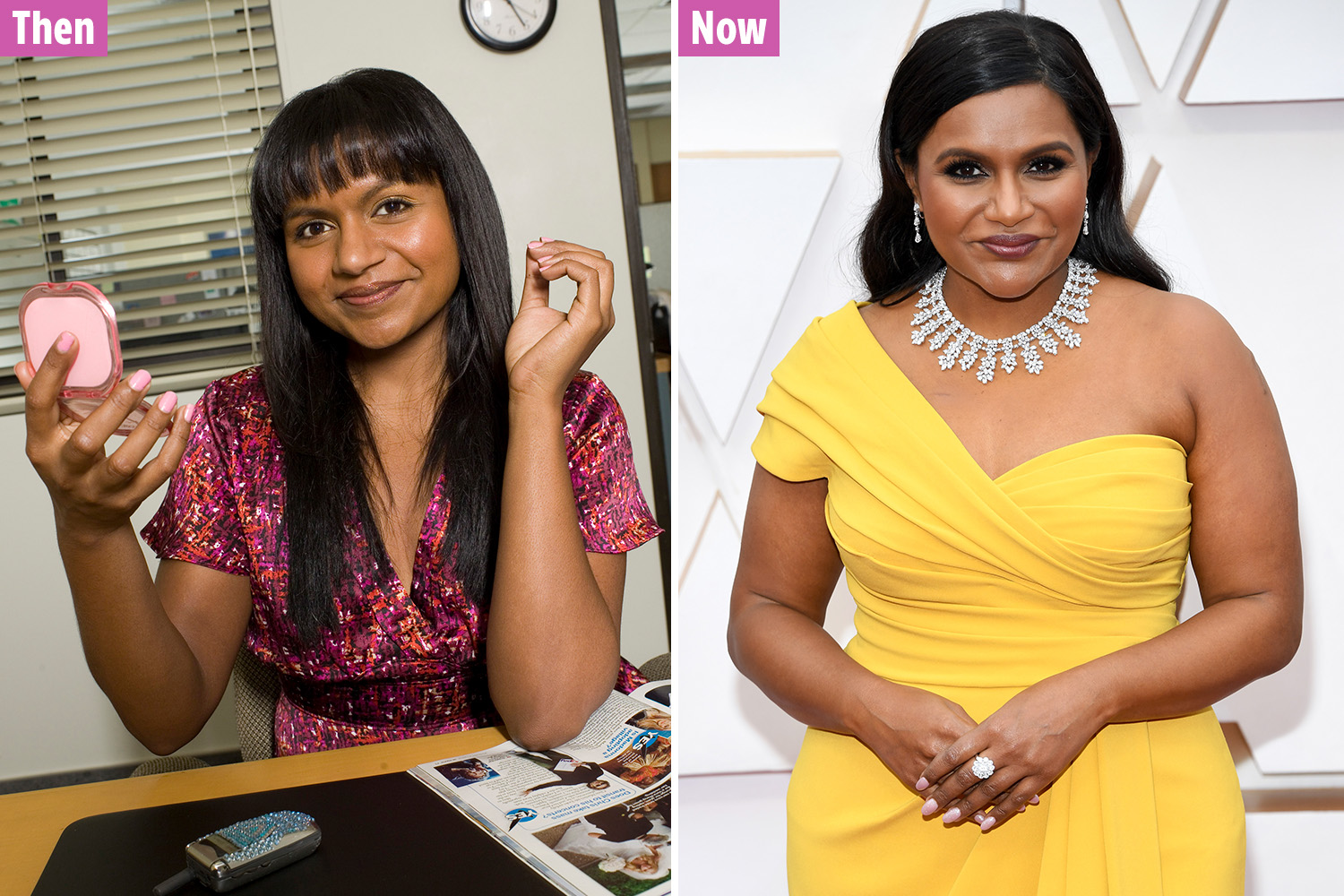 In addition to appearing as Kelly Kapoor in The Office, Mindy Kaling, 41, worked as a writer on the show.

Over the years, she's continued working as an actress, producer, and enjoyed becoming a mom.

Kaling also has appeared in the movie A Wrinkle in Time (2018), the TV series The Morning Show (2019), and voice acted in Inside Out. 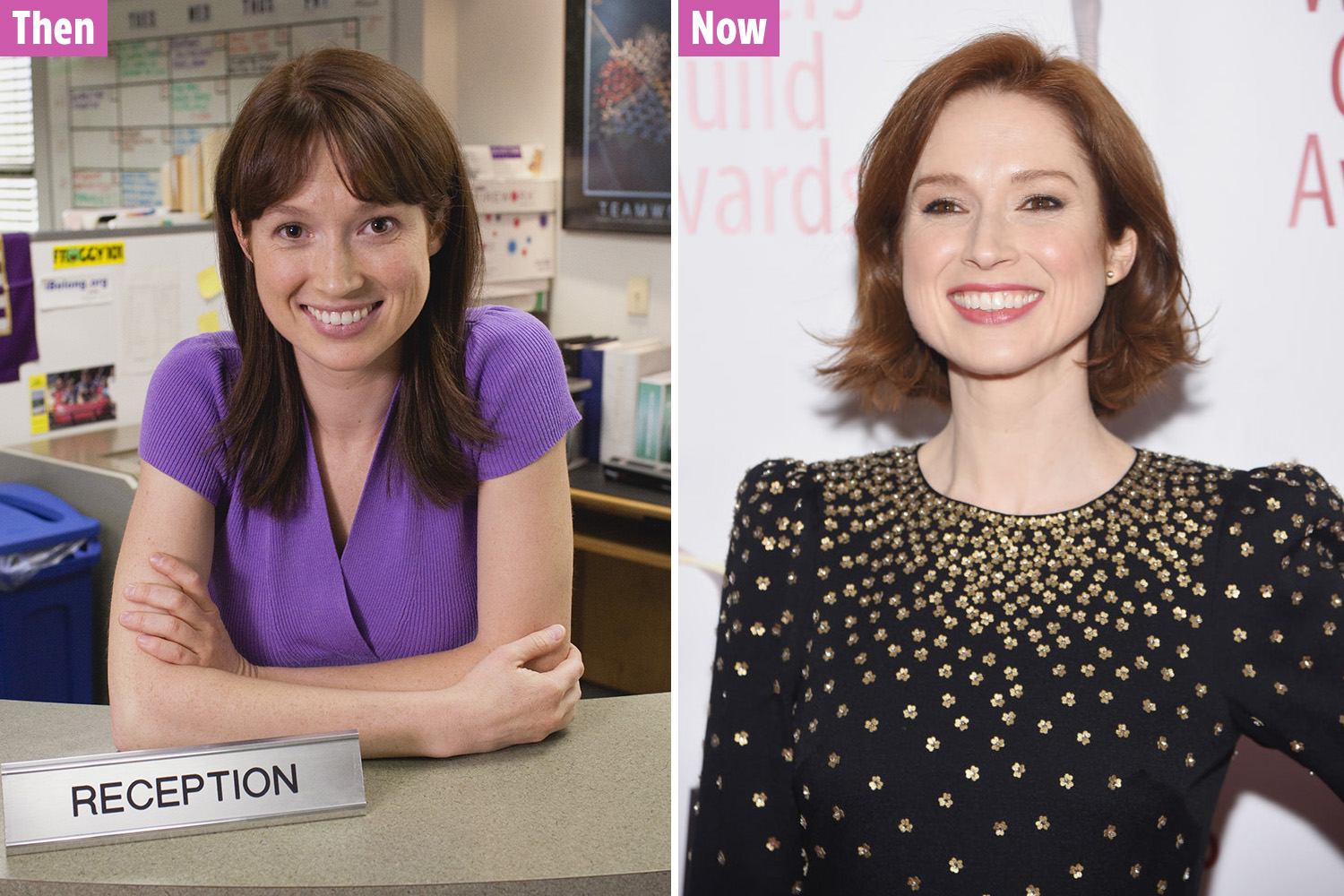 Ellie Kemper, 40, had her breakout role as Erin Hannon when she joined the cast of The Office in 2009.

Since then, she's continued to rack up a number of acting credits.

She's also enjoyed motherhood, as she and husband Michael Korman welcomed two sons together, in 2016 and 2019. 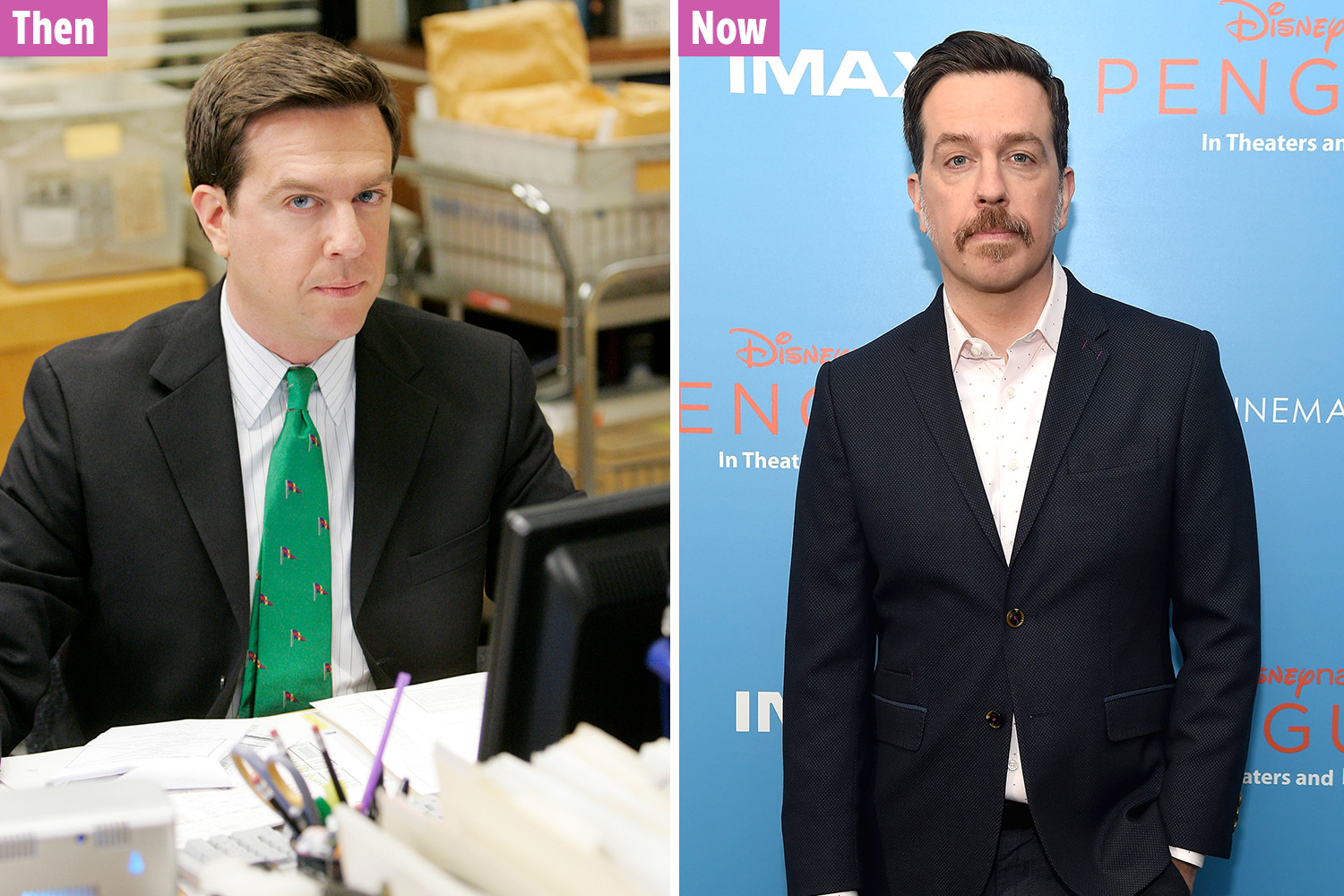 Most recently, he appeared in the TV series Rutherford Falls (2021).

Helms has also gained a number of producing credits, including on Aunty Donna's Big Ol' House of Fun (2020) and Weird Like Us.