What does Let's go Brandon mean?

MEMES have become a viral trend where people poke fun at an idea, behavior, or style through the use of pictures.

NASCAR racer Brandon Brown is the latest meme victim thanks to an NBC interview following his NASCAR Xfinity Series win in October 2021. 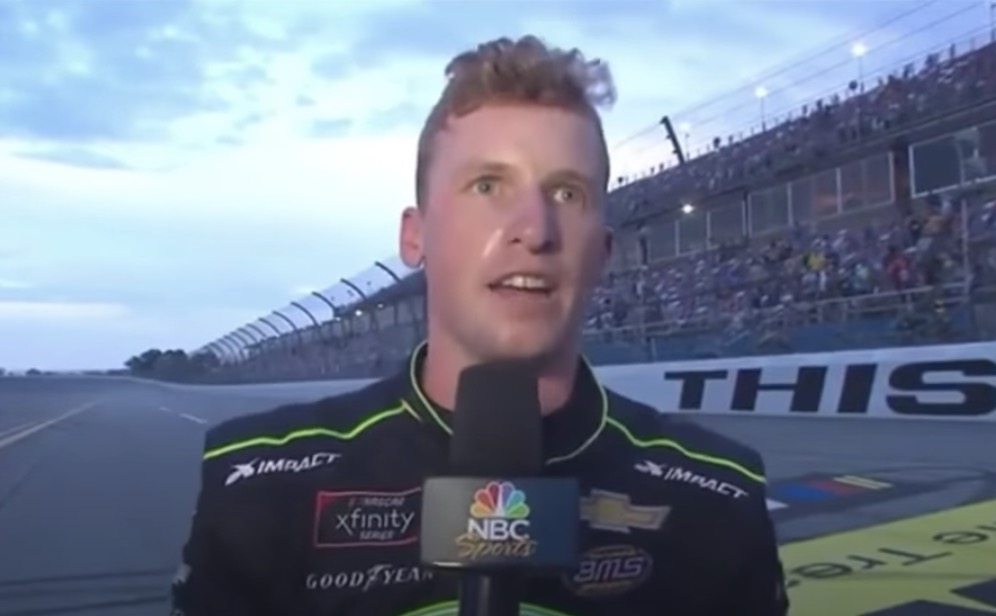 What does Let's go Brandon mean?

The phrase "Let's go Brandon" is referring to a viral video of the NASCAR Racer.

In the video, the crowd behind him is chanting "f*** Joe Biden" however, the NBC reporter is claiming the chant is "let's go Brandon," which has since been referred to as a form of damage control.

Across the country, multiple sporting events have had large crowds chanting "f*** Joe Biden" in protest of his presidency.

Following the viral video, people have been creating different memes with the phrase "Let's go Brandon," and posting them all over social media.

Who is Brandon Brown?

He is currently competing full-time in the NASCAR Xfinity Series and drives the No. 68 Chevrolet Camaro for Brandonbilt Motorsports.

Brown joined the Xfinity Series as a part-time racer back in 2016 before switching to full-time during the 2019-20 season.

Prior to the Xfinity Series, Brown competed in the Camping World Truck Series from 2014-17.

What have members of the Republican Party said about the Let's go Brandon phrase?

Since the video went viral, many prominent members of the Republican Party have poked fun at the phrase on Twitter.

Donald Trump's son, Donald Trump Jr., was present at the Talladegea race and posted a picture of himself holding up a "F*** Joe Biden" flag while in the stands.

A video was also posted from a Fox News broadcast which shows a reporter asking why a man watches the station in which he finishes his answer by saying "let's go Brandon."

Senator Ted Cruz has also chimed in during an interview on The Benny Show.

"It is one of the funniest things I have ever seen," Cruz said when asked if he saw the video. "I didn't like amplifying the profanity but the clip is surreal like listening to the NBC reporter say 'look they're chanting let's go Brandon,' it captures everything about fake news all at once."