TYPHOON Hagibis has claimed it's first victim in Japan before making landfall. Record breaking rains and winds have forced more than 1.6 million people to be evacuated.

The storm has also disrupted the Japanese Grand Prix, forced the cancellation of two Rugby World Cup matches and grounded more than 1,600 flights. Here's the latest on where it is and it's current path. 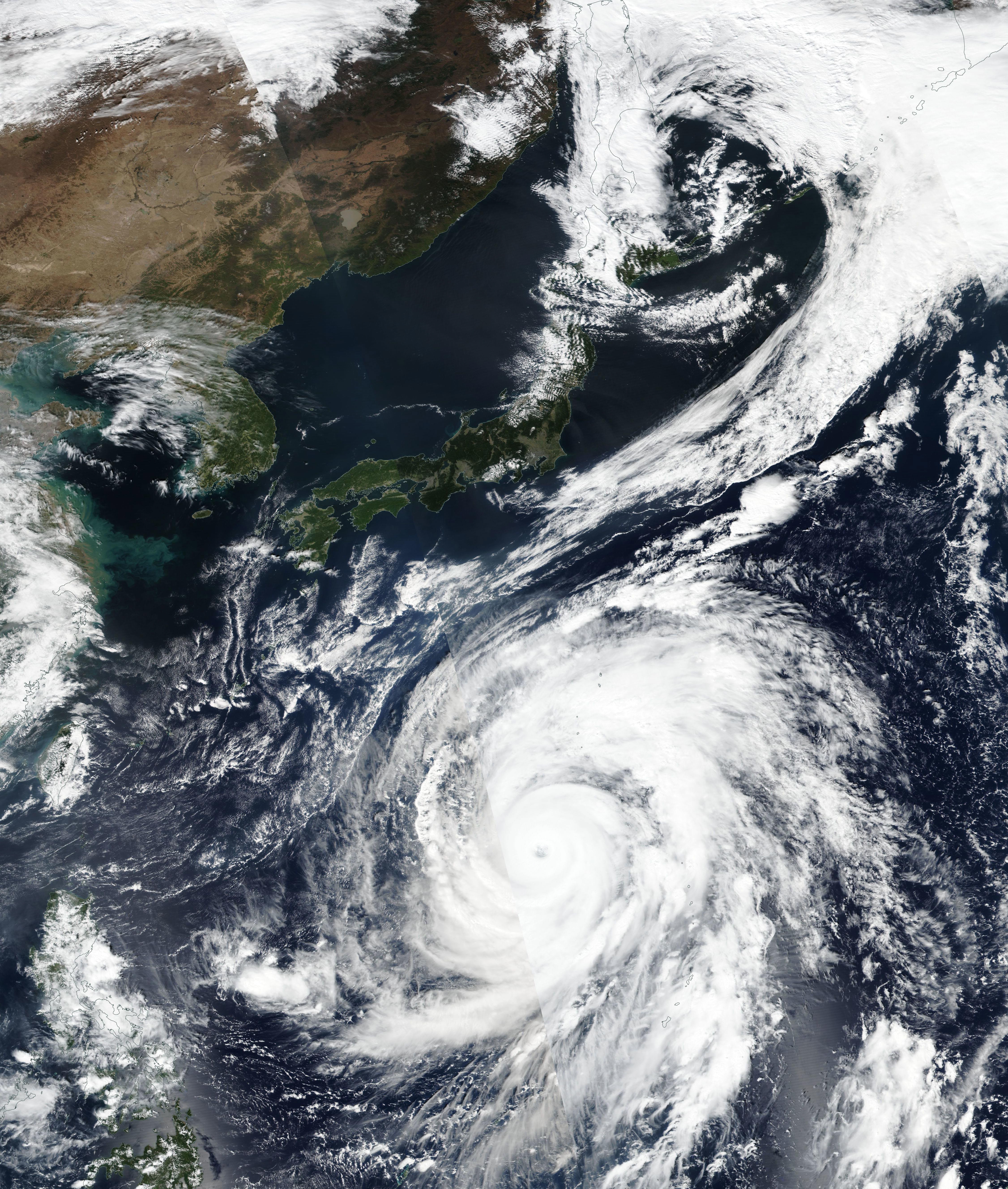 What is the latest update on Typhoon Hagibis?

Japan is bracing itself for Typhoon Hagibis which is expected to make landfall near Tokyo on Saturday evening.

Typhoon Hagibis is expected to be the most powerful storm to hit the country in 60 years.

Japan is already feeling the effect of the typhoon.

Hagibis is hitting winds of 180km which could cause floods and landslides, according to the Japan Meteorological Agency.

Typhoon Hagibis was dramatically described as the “most powerful storm in the world” by the National Oceanic and Atmospheric Administration (NOAA) in the US.

While the storm is expected to weaken by the time it hits Japan with wind speeds of around 216 kilometres per hour (134 miles per hour) it will still be seen as a “violent storm” and Japan has been put on alert.

The rough weathers has caused 1600 flights to be grounded, while shops and factories have also been closed.

Authorities have issued evacuation orders in areas at risk.

Supermarkets are running low as people stock up before the typhoon hits.

The storm is still category 5, with disruptions expected to continue for the Rugby World Cup. 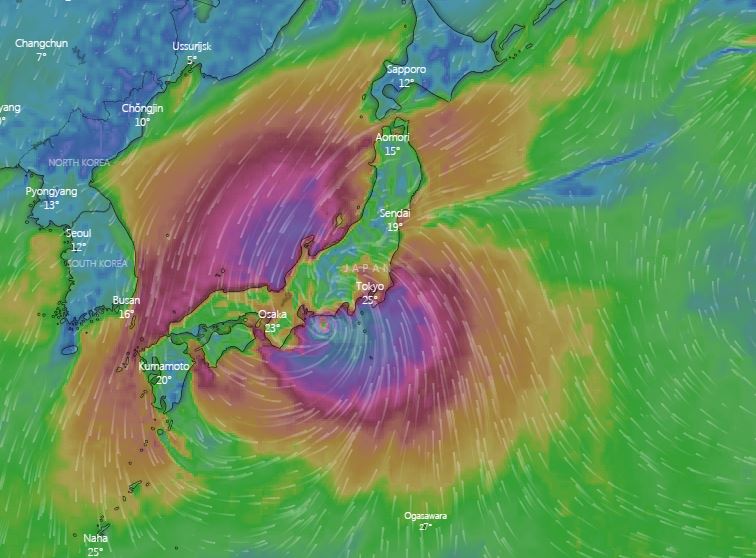 How has the Rugby World Cup been affected?

Two World Cup games scheduled for Saturday have already been cancelled, and declared as draws.

Rugby fans are worried that officials will be forced to cancel more matches as the storm continues to rage.

It is the first time matches have been cancelled without a ball being kicked in 32 years.

Rugby World Cup organisers have taken the unusual step of cancelling England’s upcoming game against France in Yokohama on Saturday, October 12, in light of Typhoon Hagibis.

New Zealand’s match against Italy in Toyota City has also been cancelled.

The Scotland-Japan game is also at risk of being cancelled and is currently under review.

The Scottish Rugby Union has released a statement demanding the match be played under contingency plans.

Meteorologists have given the storm the highest possible rating of “violent” with the capability to cause widespread destruction. 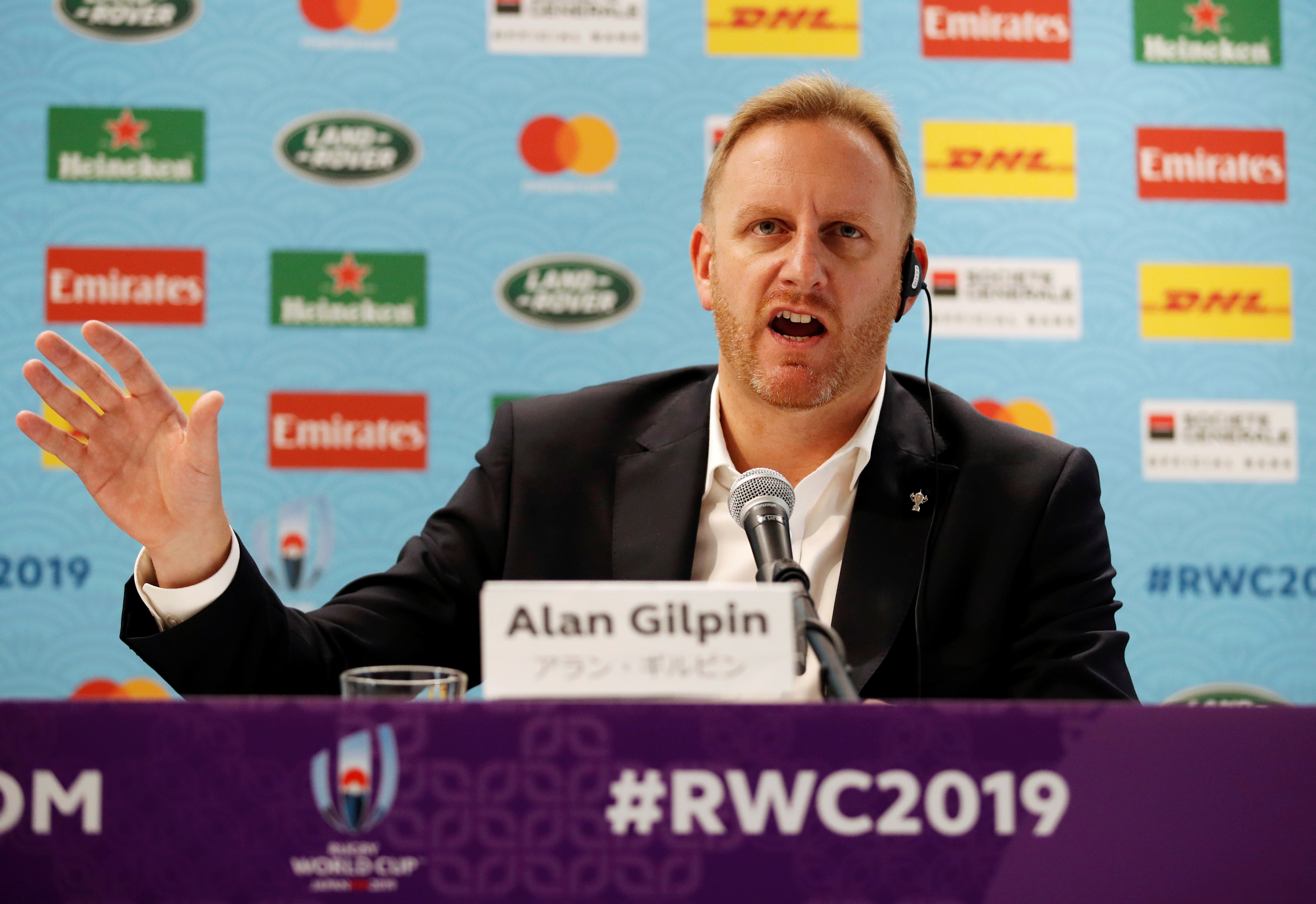 Mr Gilpin said: "Based on this morning's advice, Hagibis is predicted to be the biggest of 2019 and highly likely to cause disruption in the Yokohama, Tokyo and Toyota area, including public transport shutdown.

"As a result of this independent advice, we have taken the difficult and right decision in the affected areas.

"As you can imagine the decision has not been taken lightly and is in the best interest of safety as a priority.

"All fans will receive full refunds. We are continuing to review Sunday's matches and making sure they are played as scheduled.

"Assessment will be made after the typhoon has passed. We are advising all fans in Toyota, Yokohama and Tokyo to stay inside on Saturday.

"We looked pretty exhaustively at all the options. Important to note is that where we are is in accordance with what we said we would do before the tournament.

How has Typhoon Hagibis affected the Japanese Grand Prix?

The Category 5 storm has led to the F1 practice session being cancelled at the Suzuka circuit.

And qualification has been postponed until 10am local time on Sunday.

The forecast for Sunday remains dry.

A statement posted on the Formula 1 website read: “As a result of the predicted impact of Typhoon Hagibis on the Formula One Japanese Grand Prix 2019, Mobilityland and the Japanese Automobile Federation (JAF) have decided to cancel all activities scheduled to take place on Saturday, 12 October.